Real Madrid face a tough test away at Shakhtar Donetsk on Tuesday evening as they look to qualify for the knockout stages of the Champions League with a victory following a tough start to their campaign.

Zinedine Zidane’s side, who have endured a turbulent start to the season, are desperate to bounce back following their disappointing 2-1 defeat at home to Alaves in LaLiga on the weekend.

However, they know a difficult test lies ahead against the Ukrainian outfit, who beat them 3-2 at the Alfredo di Stefano stadium during their opening Champions League clash this season.

Follow Sportsmail’s KISHAN VAGHELA for live Champions League coverage of Real Madrid vs Shakhtar Donetsk – which kicks off at 5:55pm – including score, lineups and build-up.

Thibaut Courtois was at fault for the second Alaves goal at the weekend, but will look to bounce back with a strong performance tonight. 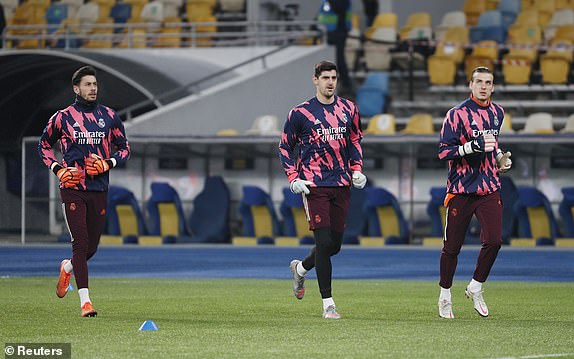 Of course, tonight’s fixture from the NSC Olimpiyskiy is just one of eight matches to be played on matchday five tonight.

So what are the permutations in the other groups? Who is on the verge of elimination and qualification? And whose battle could go down to the wire?

Kroos only came on as a second-half substitute against Shakhtar in Madrid, so will he be the man to help conquer the Ukrainians tonight after his performance at Inter last week? 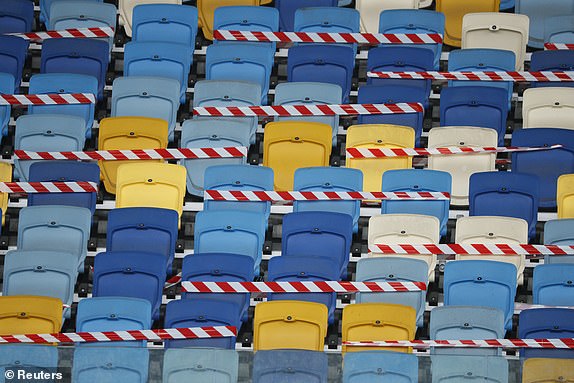 Six clubs have already qualified for the last 16, and two more may join them tonight.

It is rather more simple for Real Madrid, who will go through if they win. All to play for.

Madrid are not the only major European force to suffer from inconsistency this season. They need only look at their arch rivals or to many clubs in England.

But it appears an inability to freshen up the squad has had a marked effect, with only four wins coming in their last 10 games.

That has also been hampered by injuries to key players, and while one returns tonight in the form of Benzema, Ramos’ continued absence has contributed to the win at Inter Milan last week being their only clean sheet in the last 10.

They have scored 19 in that time and that will only increase with Benzema’s return, but problems continue to bubble in the background. 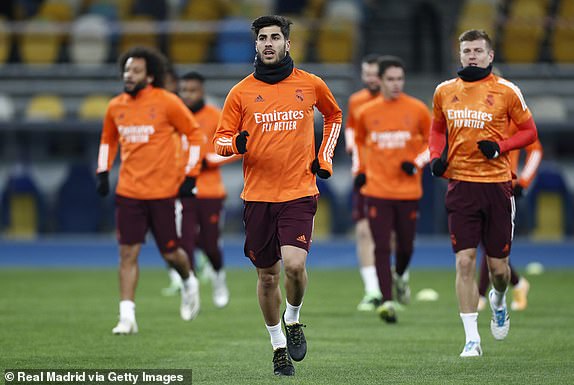 A much needed return for Real Madrid of Karim Benzema, who replaces Mariano Diaz in the XI from the weekend, while Rodrygo replaces the injured Hazard and Marcelo drops down to the bench in place of Ferland Mendy.

A fourth change sees Odegaard come in for Casemiro.

It was a severely injury-hit Shakhtar that stunned Madrid in late October and then cling on for a famous win at the Alfredo di Stefano Stadium.

Now the hosts, the Ukranian outfit look set to have more players available than when they visited the Spanish capital, but Davit Khocholava, Yevhen Konoplyanka, Viktor Korniienko, and Dentinho are all set to be sidelined.

Shakhtar have not scored in Europe since the three at Madrid, suffering an aggregate 10-0 defeat to Gladbach over two games, and they need to change that tonight.

The stats have been all over social media ever since Eden Hazard limped off in the first half of the defeat by Alaves. He has now suffered eight injuries since his move from Chelsea, which is more than the number of goals and assists he has combined since coming to Madrid.

But while a ‘Galatico’ signing has yet to get going at the Bernabeu, it appears that a prodigy brought in well before Hazard may now fill the void left by the Belgian after his latest setback

From the outset, it appeared there would be only two teams who would qualify from Group B.

Real Madrid, well because the 13-time European champions always do, and Inter Milan due to their resurgence under Antonio Conte.

But the reality has been different. Inter sit bottom while Real have grabbed last minute draws in Germany and suffered a surprise home defeat to today’s opponents.

Only Inter look unable to qualify so after a shock defeat last weekend, Zidane without Hazard will need a response here. 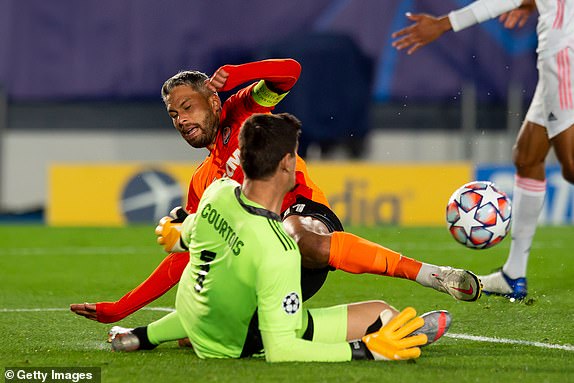 Another Champions League evening, and another group finally poised going into the final two matchdays.

Three points separate these two sides, with the visitors able to seal qualification to the last 16 tonight, but the defeat by Alaves may have seen yet more questions arise.

We will also have updates from Lokomotiv Moscow against RB Salzburg.

Inter defeat AC Milan in dramatic fashion as Zlatan Ibrahimovic and Romelu Lukaku lock horns
We and our partners use cookies on this site to improve our service, perform analytics, personalize advertising, measure advertising performance, and remember website preferences.Ok