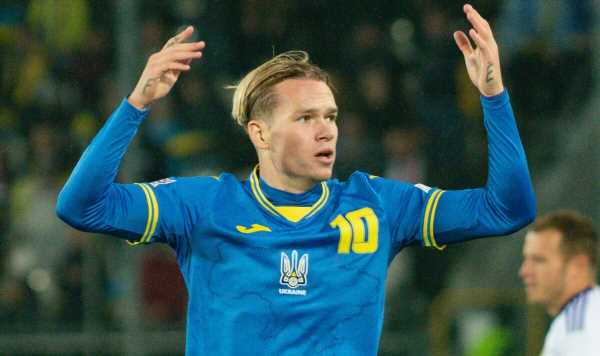 Shakhtar Donetsk have made an announcement about Arsenal transfer target Mykhaylo Mudryk – but not the one many Gunners fans were hoping for. The exciting winger has been named the Ukrainian club’s Player of the Year after an outstanding 2022.

Mudryk has attracted interest from the Premier League after sparkling for Shakhtar in the Ukrainian Premier League and the Champions League. However, his club have demanded a fee akin to the £100million that saw Jack Grealish depart Aston Villa for Manchester City 18 months ago.

The 21-year-old has been strongly linked with Arsenal ahead of the January transfer window. Shakhtar have even admitted to being in talks with the Gunners, and rejected an initial bid of £45m.

Shakhtar have now made an announcement regarding the Ukraine international – crowing the prized asset their Player of the Year. Mudryk received a remarkable 76 per cent of the fans’ vote and takes home the award for the second consecutive year.

It came on the same day that Arsenal boss Mikel Arteta refused to discuss rumours linking his side with a move for Mudryk. “I cannot talk about players that are not Arsenal,” the Spaniard said on Thursday.

“Our director said that we need a bid closer to the Jack Grealish fee (£100million) than Antony (£86million) to sell Mudryk. We’re not even considering a bid with €40million (£35million) as a fixed fee.”

Club CEO Serhii Palkin added: “Negotiations are continuing. We receive offers, but they are not the ones we would like to see on our table.

Arsenal will double down on their surprise Premier League title charge by strengthening Arteta’s squad in January. Mudryk is their top target, with the north Londoners keen to sign a new forward, especially as Gabriel Jesus is set to miss a few months of the season with a knee injury. However, they could face a battle to sign him with Chelsea also interested.

Arteta also wants to bolster his midfield and has been linked with several possible new signings. Palmeiras starlet Danilo, who is valued at around £20m, is believed to be of interest to Arsenal. 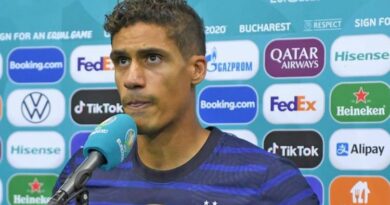 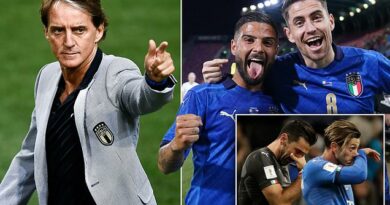 Roberto Mancini has Italy believing again after a decade of woe