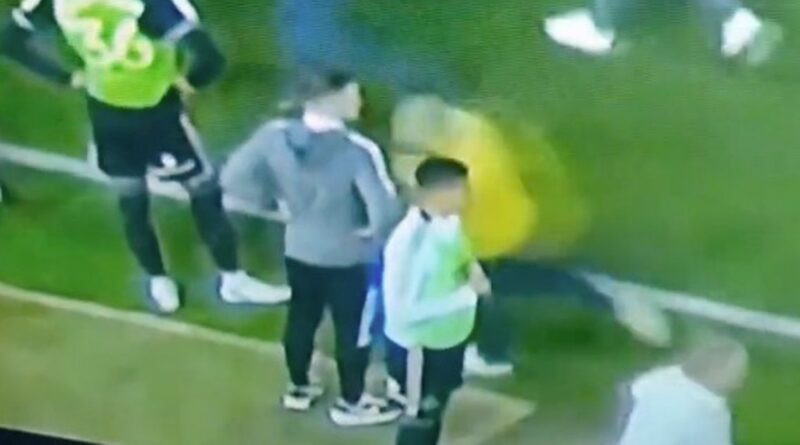 Sheffield United manager Paul Heckingbottom has called on a Nottingham Forest fan to be jailed after Billy Sharp was headbutt on Tuesday night.

The Blades were beaten on penalties at the City Ground in the Championship play-off semi-final that sparked wild celebrations.

As the players surrounded hero goalkeeper Brice Samba – who made three saves – fans invaded the pitch from every stand.

As Sharp stood at the side of the pitch, footage showed one fan run straight at the striker and headbutt him with extreme force.

It has left the 36-year-old needing stitches while Heckingbottom has called on the police for action.

He said: “Bill was minding his own business off the pitch, trying to get our players away. He was assaulted on the blind side cowardly and knocked to the ground.

“He has had stitches and is shook up. His safety was put at risk at a place of work. It is a prison sentence waiting to happen.

“We have the footage and something will be done about it.“

Forest have since released a statement, which read: “Nottingham Forest Football Club are appalled to learn that our former player, Billy Sharp, was assaulted leaving the pitch after tonight’s match at The City Ground.

"The Club will work with the authorities to locate the individual in order they are held to account for their actions, which will include a life ban from Nottingham Forest.

"The Club would also like to apologise to Billy personally and to Sheffield United Football Club.”

Sharp had not taken part in the match as he was injured and was stood at the side of the pitch as the players made their way off amid the pitch invasion when the incident occurred.

Those around the United star looked shocked while others could not comprehend what had just happened.

The unprovoked attack has soured what had been a night of glory for Forest after taking a step towards promotion to the Premier League.

They had lost 2-1 on the night by the Trent river but managed to progress to the final via penalties.

Goalkeeper Samba was the main man after saving three spot-kicks – including from Morgan Gibbs-White to send Forest to Wembley.

They will face Huddersfield after the Terriers beat Luton Town in their own semi-final. 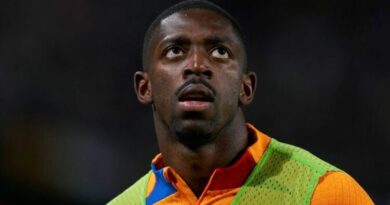