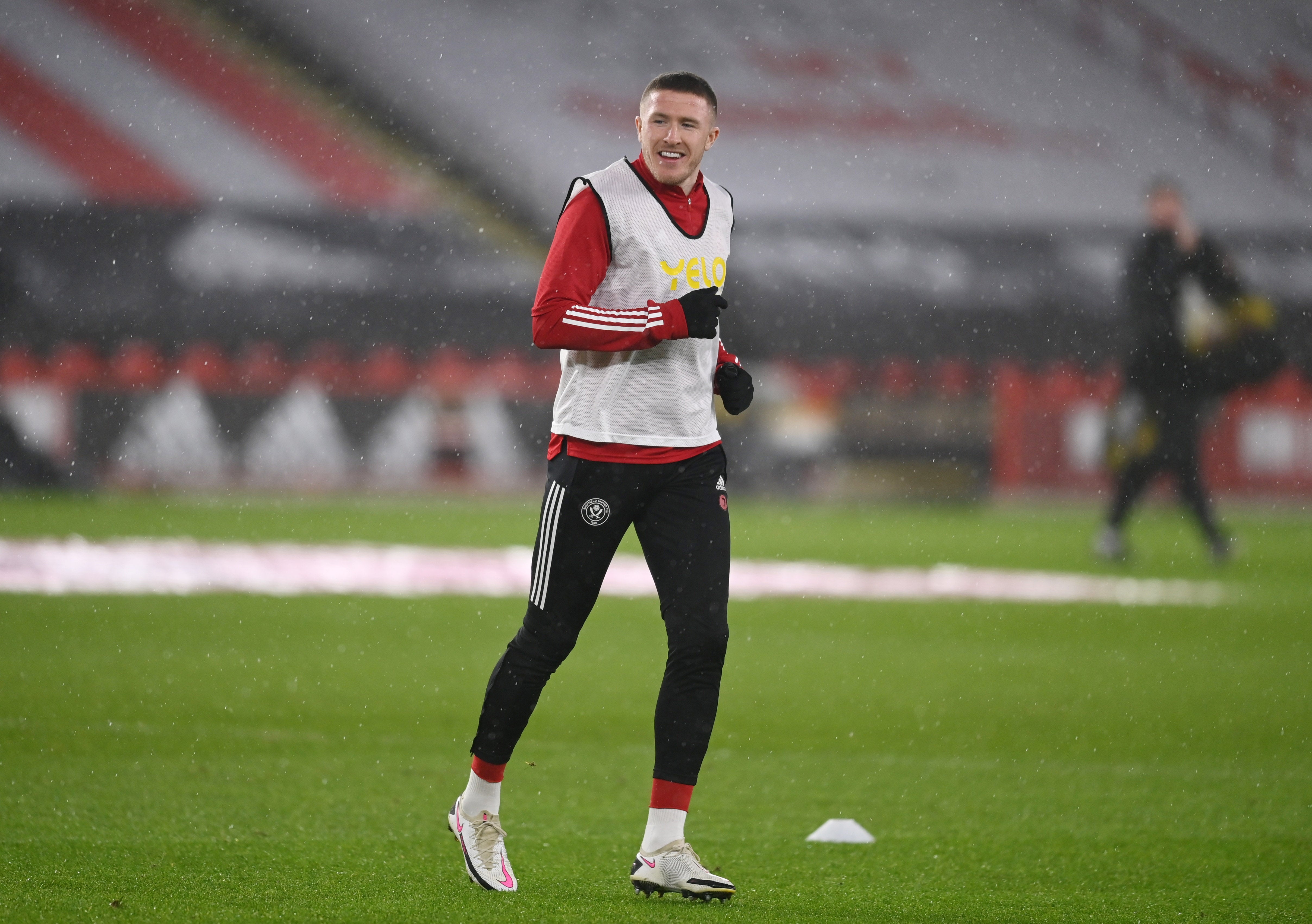 Chelsea visit Sheffield United in the Premier League this evening. Thomas Tuchel’s Blues have made a promising start under their new manager, following an opening goalless draw at Wolves with wins and clean sheets against Burnley and Tottenham. Variations on a 3-4-3 have been the way forwards, bringing good performances from Callum Hudson-Odoi, Cesar Azpilicueta and the one consistent this season, Mason Mount.

But visiting bottom-side Sheffield United will be no walkover. Chris Wilder’s side have enjoyed a renaissance of their own in recent weeks, picking up three wins in their past five games to give themselves an outside chance of staying in the division. Even so, they remain 12 points from safety ahead of kick-off tonight and victory here would be a major boost to their hopes.

Follow all the action from Bramall Lane below, after the conclusion of Liverpool vs Man City.

Big part of the game was a brilliant game from my side. I can see in your eyes you see differently. I really liked it. First half played really good football. Second half, City changed the system slightly. A little adaptation and we would be in the game again but in the start of the second half we did not give enough options to play and gave the first goal away.

“We gave them too much opportunity. They scored that goal, we scored the equaliser. We were good again but then made two massive mistakes that is clear. At 3-1 down at this level it is tough to take and then Foden with a genius situation for the fourth goal.

“If we play football like we did for a long time tonight then we will win football games, 100%.

“It is true as well we did not give him [Alisson] a lot of options, especially the first one. Second yeah, he just mishit the ball, maybe he had cold feet, it sounds funny but don’t know the situation. He has saved our lives many times, no doubt about that, tonight he made mistakes.”

Sheffield United have won five of their last seven games in all competitions, losing the other two. Three wins in the last five league matches is as many as in their previous 27 attempts.

Another victory tonight would bring them level on points with West Brom and take them off the bottom of the table.

A lot of emotions, many things happening in the game. Gundogan missed a penalty, it’s like a routine against them, but we started really really well, doing what we want to do. In the second half, the way we react to the goal, the way we played with quality made the difference.

“We knew that we should continue with what we have done the last month or two months, and that’s what we did well… For many years we were not able to win here, hopefully next time we can do it with people. Anfield is so intimidating.

“It’s a problem that we have. In important moments we cannot miss it, and it doesn’t matter the taker. Again, I’m going to think about Ederson, he might be the taker next time.” 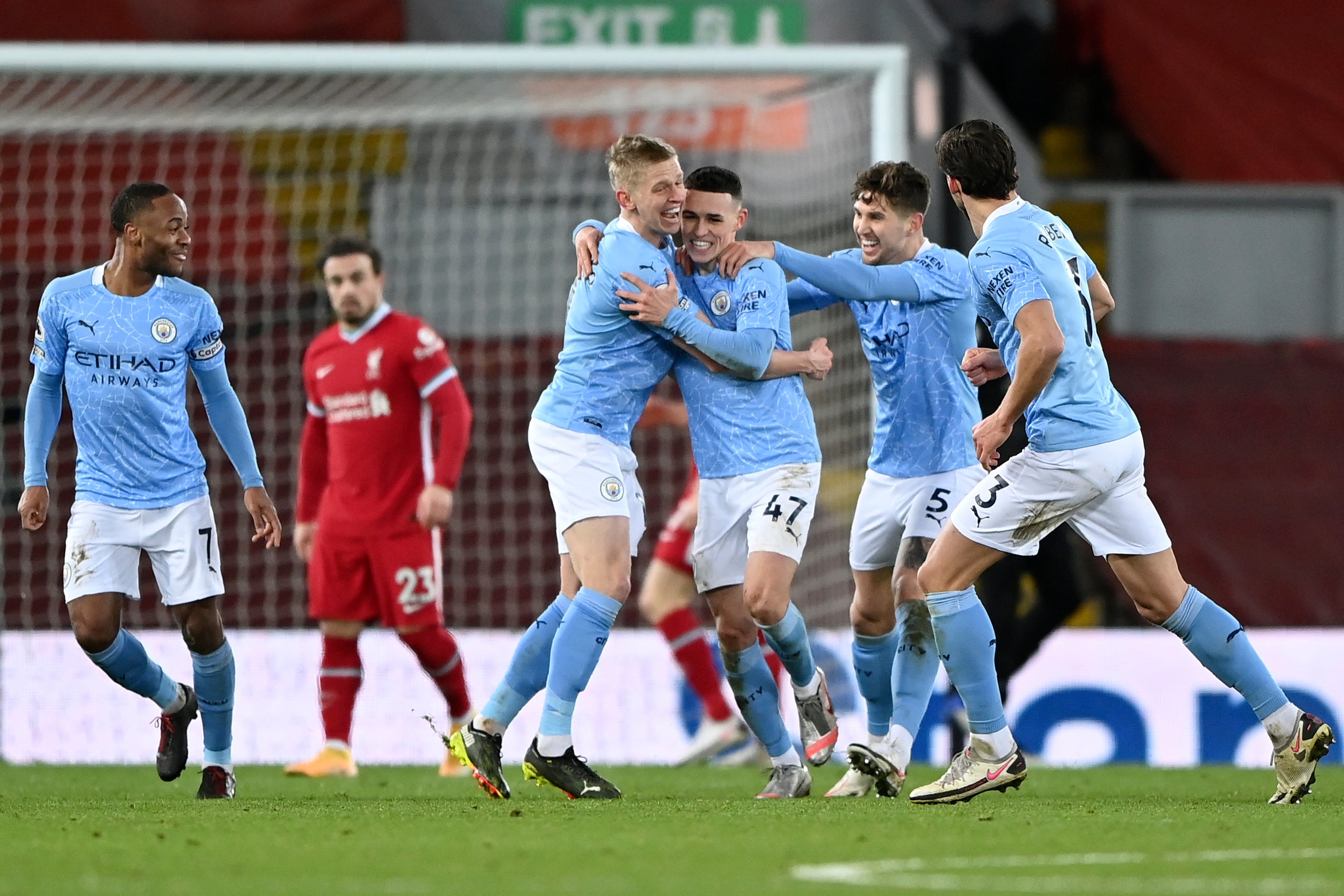 City pounce on Alisson errors in performance of champions in waiting

Very disappointed with the result of course. I don’t think the end result reflected the performance to be honest but we made mistakes and got punished.

“We competed well, this was more like the performance we are used to but like I say mistakes at the wrong moments cost us.

“It is hard to take now but in football you have to move on quickly. We need to use this week to prepare the best we can for a tough game with Leicester.

“Yes the result is very disappointing when you look at the scoreline but I felt large parts of the performance was more like us. I didn’t think we deserved to lose by that much but we made costly errors that cost us.

“We don’t look at the league table, just concentrate on the next game and try and win every game we can whether you are on top or fourth or fifth.”

Sheffield United have won three of the four Premier League meetings at Bramall Lane, including a 3-0 win in last season’s corresponding fixture.

There have been 32 goals scored in the nine previous Premier League encounters between Sheffield United and Chelsea.

It’s brilliant, every player wants to play in big games like this and we showed that courage from minute one. They made it so difficult for us but we showed our courage to play our football and keep going, and in the end it paid off.

“I feel like sometimes we’re a slow team to get going. It was definitely better in the second half, it’s something to work on. We definitely forced the errors, it’s somnething we’re working at in training. Everyone worked for each other and got their rewards today.

“I struck it perfect and I’m just happy to see it go in and help the team. It gives us every chance to go on and win [the title], but the job isn’t done and we’ve got a long way to go. When you beat the champions everyone’s confidence goes sky high, so it can only help us. We’re just happy to win today.”

Manchester City have now equalled the all-time winning run by an English top-flight side across all competitions, winning each of their last 14 matches – the same number as Preston (ending in 1892) and Arsenal (ending in 1987).

Reaction to come from Anfield, and build up from Bramall Lane as Sheffield United face Chelsea to close out today’s Premier League action. Here are the teams: 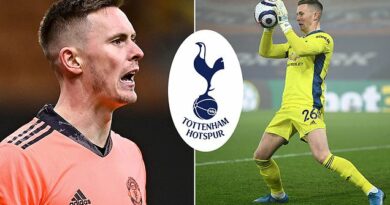 Dean Henderson 'among targets' to replace Hugo Lloris at Tottenham