Shkodran Mustafi has admitted the harsh criticism from Arsenal fans has affected his performances on the field by making him ‘nervous’ about making a mistake.

The defender has been limited to only one start in the Premier League this season, against Norwich during Freddie Ljungberg’s interim spell.

And the 27-year-old has revealed the negative comments on social media have rocked him, saying: ‘Once you’ve read criticism, it’s going to stay there.’ 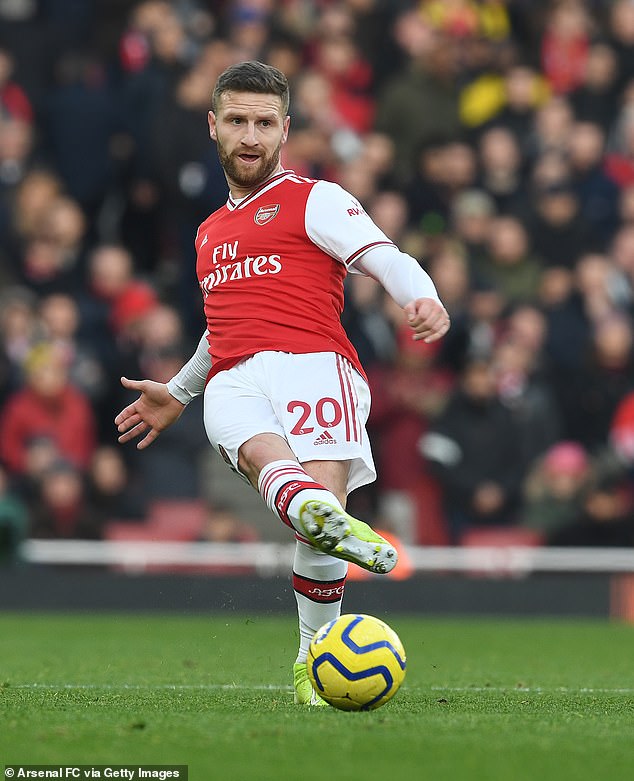 Mustafi has often been the scapegoat for Arsenal’s poor form in recent seasons, making a number of defensive errors, but he said it is ‘frustrating’ to be blamed for the team’s performances.

He said when fans are on his side, he feels much more confident and able to play freely without the fear of making mistakes.

But he told the official Arsenal website: ‘When things aren’t going well, obviously you don’t like the stuff you read. You don’t agree with a lot of comments, so it makes it difficult.’

The German international, who signed for an estimated £35million in 2016, said that while he does not feel a target of social media abuse, he has even been blamed by fans for results when he wasn’t even playing.

The World Cup winner admits to making mistakes on the pitch, but says they are part of being a defender. 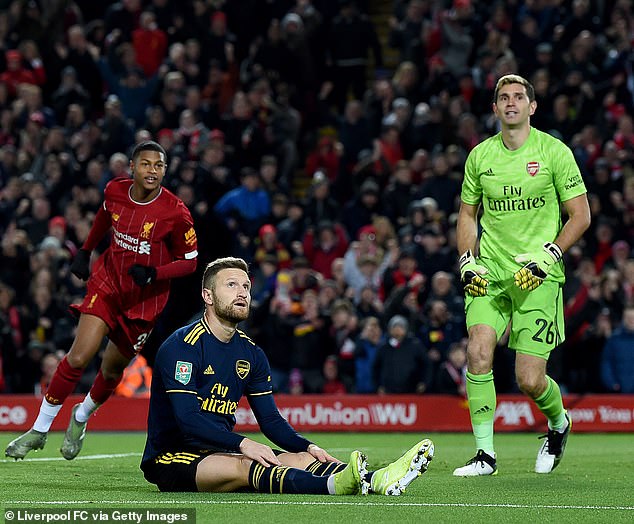 The German international, pictured after scoring an own goal against Liverpool in the Carabao Cup, says mistakes are a part of life for a defender

He said: ‘For people who look from the outside, they only see this particular scene where this error happens and then they’re angry at you.

‘You become nervous yourself because you don’t want to make these errors again.’

Addressing the fans, he said the criticism ramps up the pressure which makes things even more difficult and can lead to further mistakes.

Despite Mustafi bearing the brunt of the scorn from fans, he is not the worst offender at Arsenal for mistakes leading to goals in the Premier League. 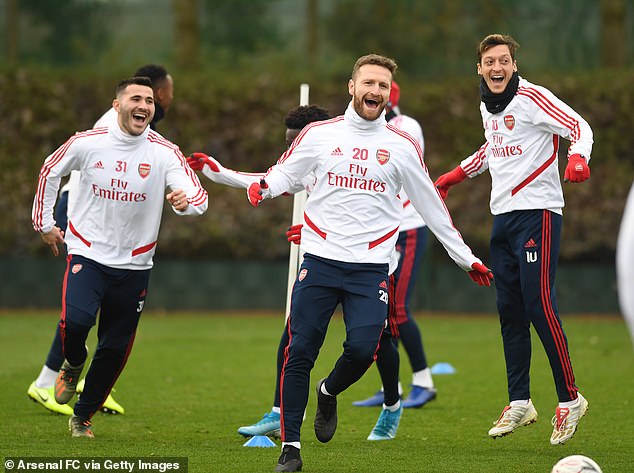 Since the start of the 2016/17 season, the defender has made three errors leading to goals in the league, while Granit Xhaka tops the chart with seven.

Mustafi said: ‘Nobody makes errors because they like to, it’s just something that happens.’

Despite revealing that criticism has affected him, the defender said he tries to block out social media, focus on training and listen to those close to him to overcome it.

And he asked the Arsenal fans to rally behind him and the team as Mikel Arteta looks to rebuild the faltering team.