Home » Soccer » Silva: Neymar is a 'very special kid who I hope doesn't lose his joy' 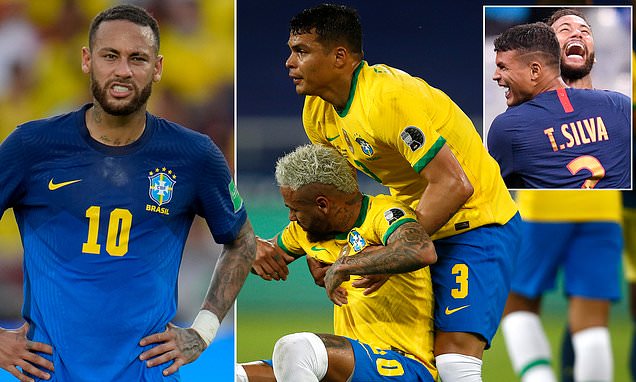 Thiago Silva has leapt to the defence of Neymar in a passionate show of support after his Brazil team-mate intimated that next year’s Qatar World Cup will be his last as he he doesn’t know if he has the ‘strength of mind to deal with football’ much longer.

Neymar and Silva have been international team-mates for 11 years – with the latter playing in the former’s debut in a friendly against the USA in 2010. They were also team-mates at Paris Saint-Germain for three seasons together before Silva left for Chelsea last August.

Having developed such a bond at club and country level, Silva has publicly defended the 29-year-old forward – recalling his own instances of self-doubt and hailing Neymar as a ‘very special kid’. 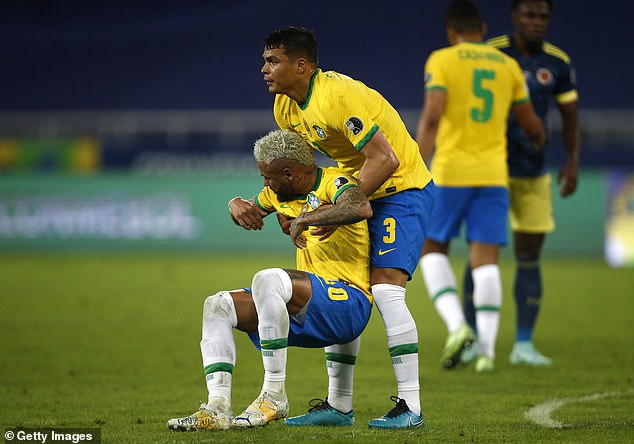 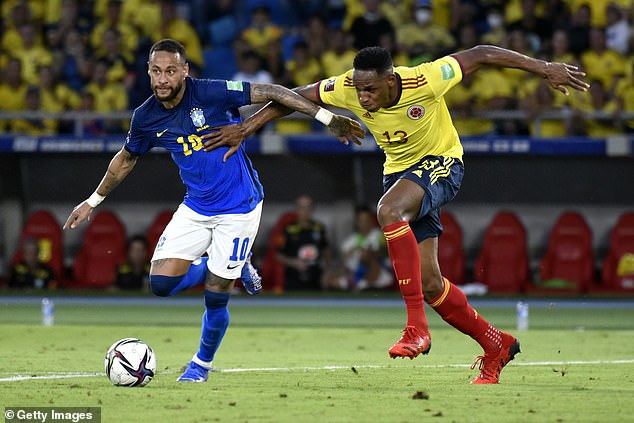 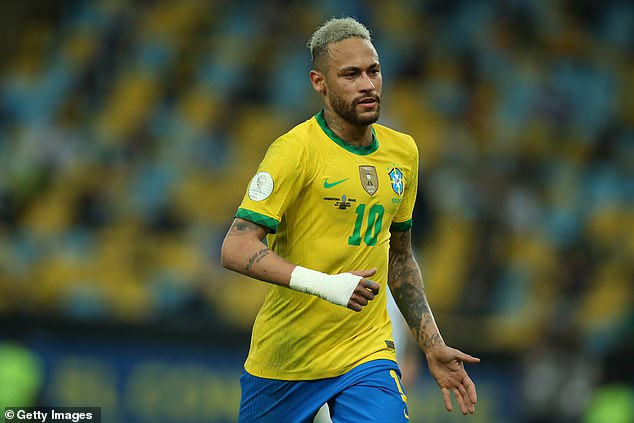 ‘Here at the national team, I have gone through some moments that are very similar [with what Neymar is going through], especially after 2014 World Cup,’ Silva told reporters.

‘I was called a crybaby, weak, very weak, mentally. These are things that hurt you and you know that you are not what you have been called.

‘I hope he doesn’t lose his joy, continue to be happy the way he always is. He is a very special kid and, when he’s happy, doing what he loves, he delivers.’

In an Instagram story, Silva added: ‘If you need someone strong to be by your side, know that I will always be there. The Silva family love you.’

Neymar has represented Brazil at the 2014 World Cup on home soil and in Russia four years later but expects the tournament next winter to be his final appearance on football’s biggest stage.

Neymar will be 34 by the time the biggest competition in the world crosses the Atlantic for the first time since 1994, with the USA, Canada and Mexico set to host the 2026 World Cup. 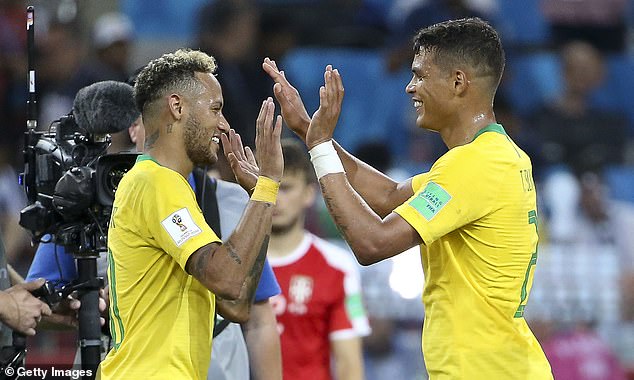 And speaking to DAZN during the making of ‘Neymar & The Line Of Kings’, an exclusive new documentary, the forward implied that he won’t be representing the Selecao at that tournament.

‘I think it’s my last World Cup,’ he said. ‘I see it as my last because I don’t know if I have the strength of mind to deal with football any more.

Neymar has won a combined 18 major trophies with Barcelona and PSG – including the Champions League and five league titles – but his success at club hasn’t translated onto the international stage.

Aside from the Olympic gold he won at the 2016 Games in Rio de Janeiro, Neymar’s only trophy with the national team came in 2013 when Brazil lifted the Confederation Cup. 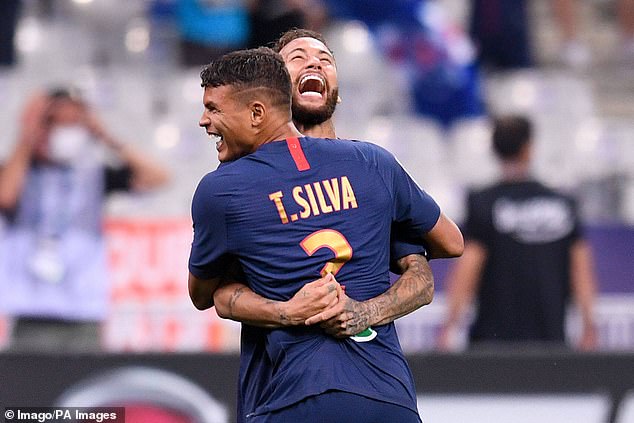 As well as forming a bond at international level, they were also PSG team-mates for three years