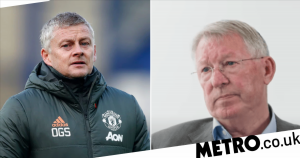 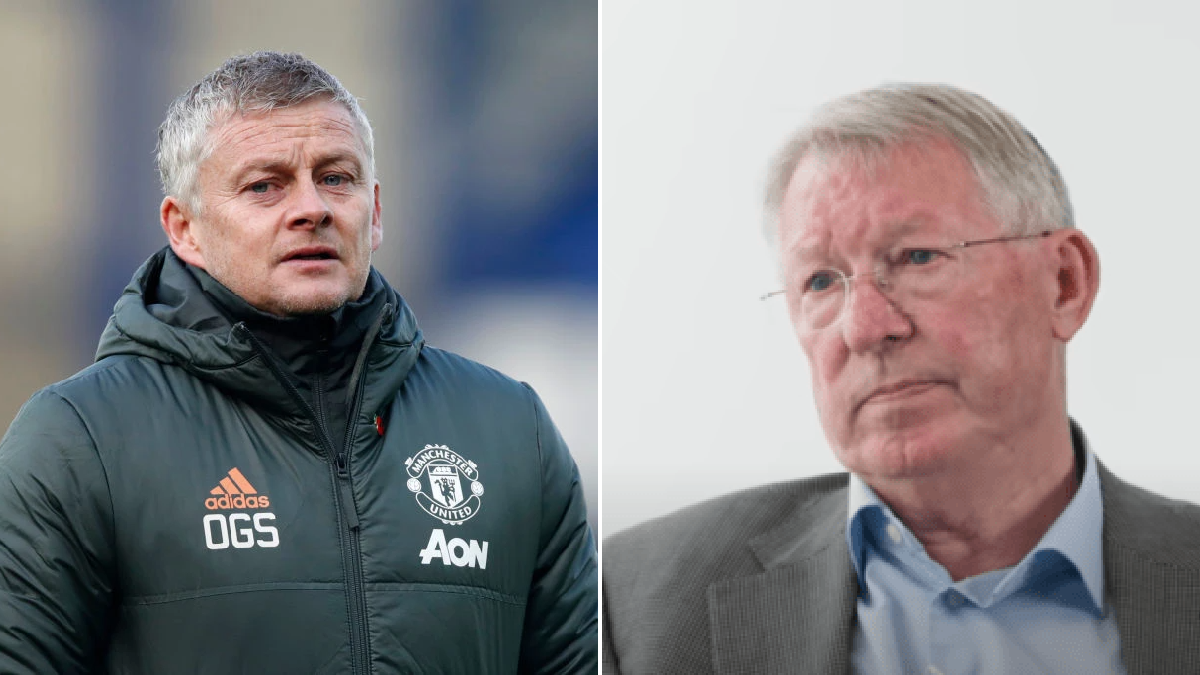 Ronaldo, who left Juventus over the summer to return to Old Trafford, was named on Man United’s bench on Saturday for the visit of Rafa Benitez’s Everton.

The 36-year-old has made an impressive start to his second spell in Manchester – scoring five goals in five matches before this weekend – but Solskjaer said he wanted to ‘freshen’ his team up and give Ronaldo a rest following the midweek Champions League win over Villarreal.

The change initially appeared to work, with Antony Martial making the most of a rare start to put the Red Devils ahead on the stroke of half-time, but Everton responded well after the break and earned a point through Andros Townsend.

Ronaldo came on as a 57th-minute sub – eight minutes before Everton’s equaliser – but struggled to make an impact before storming down the tunnel as the final whistle was blown.

Solskjaer defended his decision to bench Ronaldo after the 1-1 draw but Ferguson appears to disagree with the current Manchester United manager, telling MMA legend Khabib Nurmagomedov that ‘you should always start your best players’.

Ferguson was filmed talking to Khabib at Old Trafford after Saturday’s draw and said: ‘But I also think that they [Everton] saw Ronaldo wasn’t playing…’

Khabib replied: ‘Yeah, but he came on in the second half…’

And the Manchester United legend responded: ‘I know but you should always start with your best players.’

Manchester United enjoyed a superb start to the new season but results have fallen away in recent weeks, with the team already out of the EFL Cup and failing to beat West Ham, Aston Villa and Everton at home.

Asked whether he regretted his decision to bench Ronaldo against Everton, Solskjaer said: ‘No!

‘You make decisions throughout a long, long season and you have to manage the players workload and the decision for me was the correct one.

‘Anthony Martial came in and did well, scored a good goal. Edinson needed minutes, he got an hour and could have had a goal. It was a great cross and good chance for him. We have to make those decisions at times.’

Former Manchester United defender Gary Neville, meanwhile, was disappointed by Ronaldo’s reaction after the Everton stalemate and said it put ‘real pressure’ on his manager.

Speaking on his own podcast, Neville said: ‘I watched the game and I watched him walk off. I can’t say I like it.

‘He walked off the pitch muttering to himself which in some ways throws the questions up in the air. “What’s he saying? Who’s he annoyed with?” And it can only come back to the manager.

‘So I do think actions like that – Ronaldo is smart enough to know – will bring real pressure, more pressure on Ole Gunnar Solskjaer.’

Barcelona want Lazio's Luiz Felipe to be the 'next Gerard Pique'

Messi's 700 goals: The stats, the best five and most important five