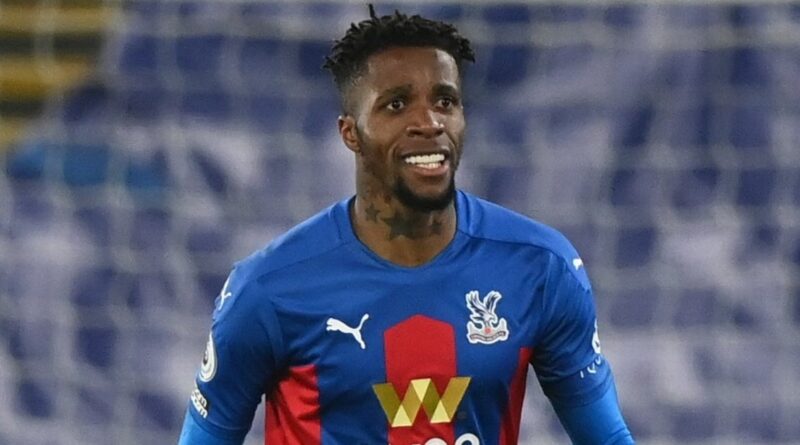 Wilfried Zaha admits Sir Alex Ferguson's decision to retire left him "gutted" after the Scot had convinced him to join Manchester United.

The winger led his boyhood club Crystal Palace to the top flight via the play-offs in 2013.

He forged a reputation as one of the best young talents in the Football League at Selhurst Park and the Red Devils won the race for his signature.

A meeting with Ferguson and Sir Bobby Charlton played a crucial role in him making the move to Old Trafford.

Zaha wasn't expecting to walk into the then Premier League champions line-up, but was content to bide his time working under Ferguson. "Things just happened quickly, I ended up going to speak to Sir Alex Ferguson and Sir Bobby Charlton in London," he said on The Greatest Game with Jamie Carragher podcast.

"It was just crazy, it was unreal, I went to some hotel, knocked on some massive door and Sir Alex Ferguson opened the door and Sir Bobby Charlton was sat behind him. It was like, ‘am I actually dreaming?’.

"Sir Alex Ferguson, who I’ve watched for years, tells me he wants me to be part of his team. It was all just surreal.

"He only really said he wants me to play for Man United, I’d play out on the wing, there’s other young players there like [Danny] Welbeck and [Tom] Cleverley that I’d get on with. "Obviously when you come at first don’t expect to play straight away, you have to earn that position.

"That’s all he said really, I was fine with it. I was thinking, ‘I’m good with anything, the opportunity is all I need’."

Zaha's dreams were dashed before they had even begun though.

Ferguson, after leading United to a 13th Premier League title, decided to call it a day.

The winger never even got the chance to play for him and his career in Manchester never took off. Zaha eventually returned to Palace and had to accept that Ferguson's decision was part of football.

He added: "I was gutted really because I was thinking the main reason why I’m even coming here is because Sir Alex Ferguson is one of the best managers in the world.

"And he’s the reason why I’ve come, it’s a no-brainer with me speaking to him."

"Me coming and seeing him retire, I just didn’t expect it, but it’s like I’ve got to get on with it either way."

'Grealish TOO GOOD for us': Hourihane admits captain destined to leave