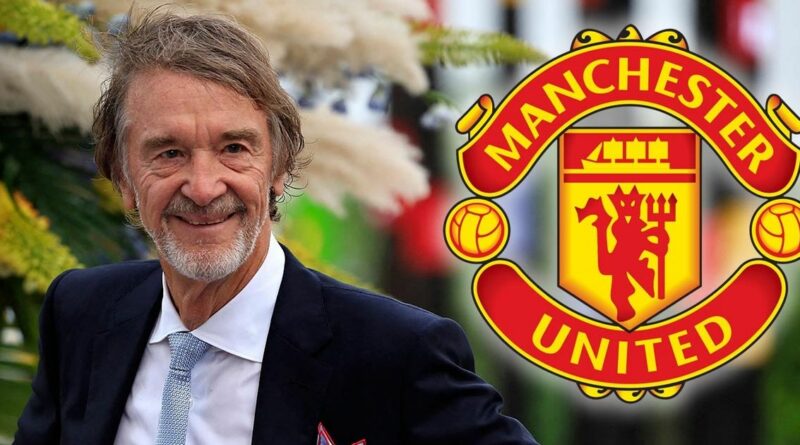 Britain's richest man Sir Jim Ratcliffe is going to make an offer for Manchester United, according to reports.

United's highly unpopular American owners, the Glazer family, are exploring the sale of the club after 17 years at the helm, during which time there has been repeated protests from fans towards them.

They're looking for a price in excess of £6billion to walk away from Old Trafford for good, a sum which only a limited amount of people can afford. But lifelong United fan and multi-billionaire Ratcliffe is one of them.

The Telegraph report that the Ineos chief will make a bid. He is, however, wary of paying over the odds, as there's concern broker Raine Group will be pushing for a price beyond United's true value.

Ratcliffe is familiar with Raine as they handled the sale of Chelsea earlier this year. He lost out to Todd Boehly after tabling a last-minute £4.25bn bid for the Blues.

United fans – would you be happy with Ratcliffe taking over? Let us know in the comments section.

The 70-year-old already owns Ligue 1 club Nice but United's availability has once again peaked his interest. Speaking in October, he revealed he'd spoke with the Glazers, who at that time weren't looking to sell.

"I met with Joel and Avram, and they are the nicest people, and they don't want to sell it," he said.

"If it had been for sale in the summer, yes, we would probably have had a go, following on from the Chelsea thing. But we can't sit around hoping one day Manchester United will become available."

That situation has of course now changed. Ratcliffe attended the 1999 Champions League final and is said to be serious about his interest, although he won't let passion get in the way of business logic.