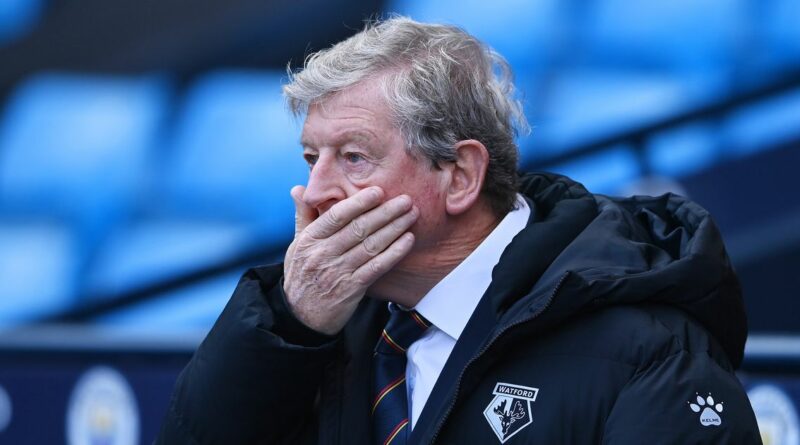 Roy Hodgson has been slammed by Premier League chief Scott Duxbury for failing to acknowledge the Hornets' supporters after they were relegated from the the first manager to fall foul of his club's hierarchy.

“I did try, after that had happened, to allude in my programme notes to things that had happened which were beyond my belief. You are still the coach of Watford. You’ve just finished a match which has seen you relegated and you ignore your own fans? No, you must go to your own fans and your own players. Words failed me," he told the Watford Observer.

Hodgson has now sailed off into retirement, but he is far from the first manager to fall foul of his club's hierarchy. Here, Daily Star Sport looks at six other managers who had explosive disagreements with owners.

The iconic Portuguese boss has developed a reputation for rapid deteriation of his spells at club. This started way back in his first spell at Chelsea, who he left in 2007 after long-running rumours of fall-outs with owner Roman Abramovich.

He returned to Stamford Bridge in 2013, but was sacked less than three years later before joining Manchester United. His time at Old Trafford was punctuated by bust-ups with players and ownership, so much so that he boycotted speaking to the club's MUTV channel.

He was sacked in December 2018, before being named Tottenham boss a year later. Again tensions between the Portuguese boss and the club's ownership became apparent and he was sacked a week before the 2021 League Cup final amid rumours of a fall-out between Mourinho and Daniel Levy over team selection.

Who do you think will be the first Premier League manager to be sacked next season? Let us know in the Watford…

Andre Villas-Boas had appeared to be resurrecting his managerial reputation at Marseille as he approached the end of his contract in February 2021. But he fell out with the club's hierarchy in spectacular fashion after expressing his opposition to the signing of Olivier Ntcham.

He was so angered by the move that the Portuguese even offered to resign from his post. But instead, the Ligue 1 side opted to sack him outright, branding his outspoken opposition to the transfer as "seriously damaging".

“This protective decision has become inevitable given the recent repetition of actions and attitudes which are seriously damaging to the Marseille institution and its employees who defend it daily. The comments made today at a press conference with regard to Pablo Longoria, director general in charge of football, are unacceptable," a statement read.

Thomas Tuchel has had major disagreements at many of his clubs, but his biggest bust-up came at Borussia Dortmund. Despite leading them to the DFB-Pokal, he was sacked at the end of the 2016/2017 season.

The main cause of his departure was his fall-out with chief scout Sven Minslat, who he banned from the training ground, and chief executive Hans Joachim Watzke. Tuchel had a long-running war of words with Watzke, who slammed the German three years after his exit.

“We broke up because it just didn’t fit. Thomas is a difficult person, you can see that in Paris now. But a fantastic coach. They always say you should sweep your own door. But I still don’t see the big mistake there,” Watzke said.

For those watching the BBC's coverage of Spain's Confederations Cup clash against Nigeria in 2013, half-time made for box-office viewing. Gus Poyet had led Brighton to the 2013 Championship play-offs but was suspended after blasting a lack of investment from owner Tony Bloom.

In June, Bloom opted to sack him, with Poyet only informed as he worked as a pundit on the Spain game. Poyet was left furious by the developments and insisted some years afterwards that his sacking had come as a result of the hierachy disagreeing with the power he held.

“We will never be able to talk properly about the situation that saw me sacked because it is private and confidential. In my opinion, the club thought I had too much power. I didn’t ask for it, but slowly they were giving it to me and I took it because of my character. I obviously took it, because it was me. Inside the boardroom, things were changing," he told We Are Brighton.

Italian boss Antonio Conte is renowned for his explosive personality, one that has found him on the wrong side of players and owners. This was particularly the case at Chelsea, who he took to two tribunals to find that his sacking in 2018 had been unfair.

He finished fifth in his second season and was duly sacked that July in a curt statement after he had started pre-season training. Conte had been a dead-man walking for months as he frequently hit out at the club's transfer dealings.

“I’m not a diplomatic man. At the same time, I’m very honest. If I try to change myself, it’s right to stop my career. The honest person speaks very clearly in every moment. And if you are fake you try always to not tell the truth," he said in January 2018.

Perhaps a surprising choice to lead Manchester City's oil-funded revolution, Mark Hughes remained in charge for 18 months. But he was sacked and immediately replaced by Roberto Mancini following a 4-3 win over Sunderland in December 2009.

Following the news of his sacking, Hughes blasted the club's hierarchy for their rapid appointment of a successor. The Welshman also claimed that the Abu Dhabi ownership had changed their targets mid-season.

"Notwithstanding media coverage to the contrary, I was given no forewarning as to the club's decision. Given the speed with which my successor's appointment was announced, it would appear that the club had made its decision some considerable time ago. I am extremely disappointed not to have been given the opportunity to see through my plans at the club," he said in a statement. 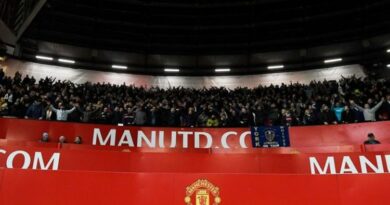