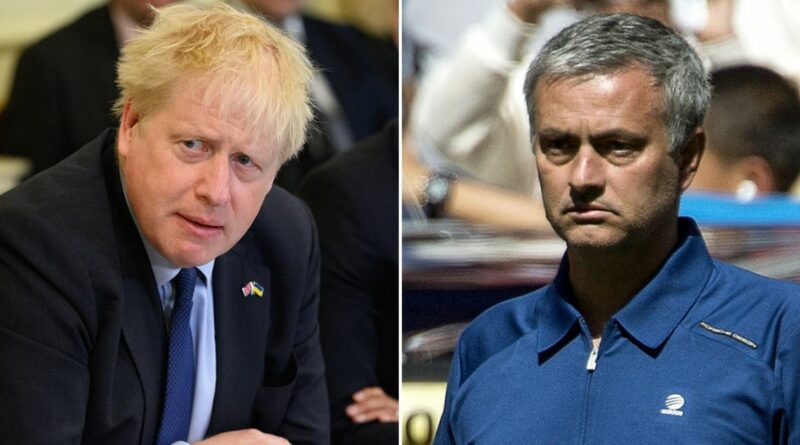 It was a nervy evening for Boris Johnson on Tuesday night as the Prime Minister was subjected to a brutal no-confidence vote after losing the trust of some his peers.

Johnson would have been outed from No.10 if he'd lost the vote, but he was backed by 211 of his party – giving him a slender majority of 63 after 148 voted against him remaining in power.

But the Prime Minister isn't the only high-profile name who has been at risk of losing his job after alienating his colleagues. After Johnson's 'handsome' escape, Daily Star Sport takes a look at six football managers who lost the dressing room – and were not fortunate enough to escape with their jobs.

Jose Mourinho is one of the most decorated and respected managers in European football, but the former Chelsea and Manchester United boss has also gone through more clubs than Tiger Woods and had a string of high-profile bust-ups.

His his stint with Real Madrid was plagued by endless whispers about a rocky relationship with Cristiano Ronaldo, while he also became embroiled in a bitter feud with club stalwart Iker Casillas. Unsurprisingly, Casillas' teammates sided with the club captain rather than their polarising boss.

Despite his glittering CV and a La Liga tile, Mourinho ended up leaving the club before Casillas.

Young Portuguese coach Andre Villas-Boas followed in Mourinho's footsteps in joining Chelsea from Porto, but unfortunately for the 44-year-old and Chelsea, thats pretty much where the comparisons stop.

Villas-Boas' reign at Stamford Bridge was a nightmare, and it was reported that a number of the Blues senior players were not the biggest fans of the young coach, including Nicolas Anelka, Frank Lampard and Alex, who were all considered key players but left out of the team on occasions.

Amid dressing room unrest, Villas-Boas was sacked just nine months into his first Premier League job at the age of just 34.

Raymond Domenech was the unfortunate soul who oversaw one of the biggest dressing room disasters in recent memory during his tenure with the French national team.

Back at the 2010 World Cup, Domenech had a furious bust-up with Nicolas Anelka. The row saw the former Arsenal and Manchester City ace sent home from the tournament in disgrace after being slapped with a huge fine – but Domenech's move backfired spectacularly.

A number of French stars were less than impressed and ended up boycotting training and doing their own fitness work; hardly the best preparation for the biggest tournament in world football. Unsurprisingly, France made an early exit after they were dumped out at the group stage, with Domenech sacked soon after.

David Moyes had the unenviable task of replacing the legendary Sir Alex Ferguson at Manchester United, so it was no surprise that his reign ended in tears after just 10 months. The ex-Everton chief was in it for the long haul at Old Trafford after penning a six-year, but he paid the price for United's shoddy form.

But he was also doomed from the start after quickly alienating the United dressing room. Former United star Michael Carrick has previously said: "I remember at one of his first meetings, David said to us, 'I believe I can make you better. I know you won the league last year and I’ve obviously been watching you. I can make you run more.'

"Being fair to David, he was looking for a chink, like what needed improving and where we were weak, so that he could take us to another level. I just think what he said didn’t come across the right way."

Ruud Gullit paid the ultimate price for picking a fight with a club legend during his ill-fated stint at Newcastle.

Things had started well for the Dutchman, who guided the Magpies to the FA Cup final during his first season in charge. However, things began to unravel for the ex-Chelsea chief. Gullit fell out with both club captain Rob Lee and star man Alan Shearer, and he even decided to drop Shearer for a crunch derby clash with Sunderland.

Dropping your best player very rarely works, and Newcastle ended up losing the match 2-1. With the pressure building on him, Gullit resigned from his role just three days later.

Claudio Ranieri was the mastermind behind Leicester City's dream 5000-1 title win back in 2016 – but the Italian's reign at the King Power quickly turned into a nightmare shortly after his golden moment.

The 70-year-old was given the boot just nine months after he guided the Foxes to the pinnacle of the top flight back, after a number of stars complained to the club's late chairman, Vichai Srivaddhanaprabha, over the former Chelsea chief's selection choices.

Ironically, Ranieri was known as 'The Tinkerman' during his stint in the hot seat at Stamford Bridge – and it was his erratic team selections that had a hand in him being ditched by Leicester. 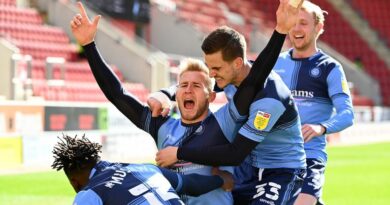