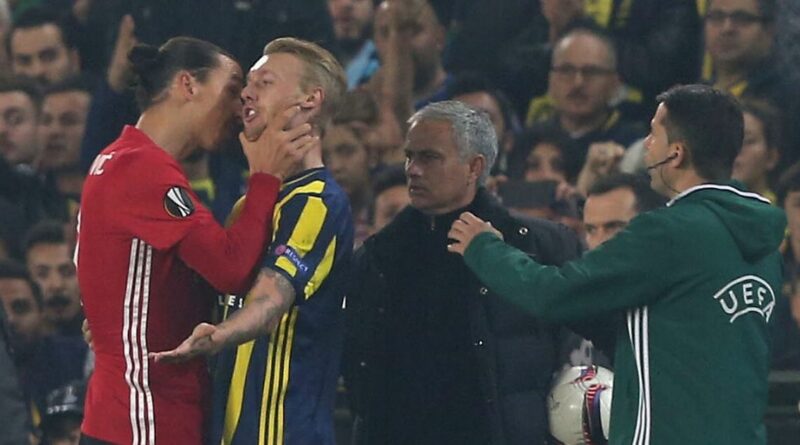 Zlatan Ibrahimovic is one of the fieriest characters in world football.

Throughout his career, he has been involved in several spats and incidents, some of which could have escalated into something serious had those involved not been separated by team-mates or managers.

At the grand old age of 40, the Swede is still plying his trade in professional football and doesn’t look like he will be calling it a day just yet.

In 2020, Ibrahimovic returned to AC Milan after an eight-year absence and the striker is doing his very best to help the club return to the glory days after the Italian giants secured a return to the Champions League for the first time in eight years this season.

As Ibrahimovic celebrates his birthday, Daily Star Sport has taken a look at some of the Swedes most heated confrontations with opponents during his long and illustrious playing career in no particular order.

Ibrahimovic spent just one season in MLS at LA Galaxy, but his time in the States wasn't without controversy.

During a MLS match between Galaxy and Real Salt Lake in 2019, Onuoha and Ibrahimovic clashed.

The first incident came when Ibrahimovic was booked in the 60th minute for dragging Onuoha to the ground by his neck during an off-the-ball incident.

Onuoha then later said the then 37-year-old had made threats to him following another challenge and confrontation between the pair not too long after the first incident.

Ibrahimovic scored the winner and celebrated in Onuoha’s face, and the former England defender says he rejected the Swedes apology in the dressing room.

“He came in to apologise after the game, because from 60 minutes in, he’s saying to me he’s going to do me, he’s going to hurt me for that game,” Onuoha told reporters. “And this is the guy who’s the face of MLS, as he calls himself, but this is the way he plays on the field. So I don’t care. Someone comes in and tries to do that to me – you don’t say that on the field. I don’t care. I’m not going to accept his apology. It’s unacceptable.”

Ibrahimovic said he had no regrets over the confrontation: “I like to feel alive. I like when it becomes duels and that, because sometimes – not that I fall asleep, but I don’t feel alive if they don’t actually activate me. When I get angry, I feel good.”

The Argentine defender would find out that not passing the Swede the ball when he demands it in training is a recipe for disaster.

During a United training session, Rojo passed the ball to Pogba, and not Ibrahimovic, who was calling for it. And the Argentine later revealed it wasn’t taken too kindly.

"I knew he wanted us to give him all the balls, but during a game phase I saw him ask for it and I didn't give it to him," Rojo told Cielo Sports. "I passed it to Paul Pogba.

“Then he started yelling at me, raising his hand, and telling me a lot of things in Spanish and English.

“I said to him: 'What's going on with you big nose? Shut up…

“I knew that if he caught me, he would kill me so the only thing for me to do was face him.

“When he entered the locker room, I directly told him to close his mouth and stop yelling,” Rojo continued. “We started to insult each other and all our team-mates were watching us. And in the middle, Jose Mourinho was trying to calm us down.”

A clash between Barton and Ibrahimovic during the Englishman’s loan spell in France seemed like it was only a matter of time anyway.

The pair had a verbal spat with one another during the first-half of a feisty encounter between PSG and Marseille at Parc des Princes.

Barton then mocked Ibrahimovic for the size of his nose during the last-16 Coupe de France encounter.

But it was Ibrahimovic who would have the final say, scoring both goals in the 2-0 win over their arch enemies.

Not all players are friends with each other in the dressing room and Van der Vaart and Ibrahimovic are an example of two who didn’t see eye-to-eye.

The duo were both playing for Ajax in 2004 when they came face-to-face in a friendly between the Netherlands and Sweden while away on international duty.

During a particular point in the match, Ibrahimovic eased Dutch players out of the way as he went on a bursting run. One of those players was Van der Vaart, who was left with an ankle injury after falling awkwardly. But it didn’t end there.

As tensions grew between the pair, they were both called into a meeting by manager Ronald Koeman in a desperate attempt to try and resolve the feud, but Van der Vaart refused to back down and persistently claimed Ibrahimovic did it on purpose.

Van der Vaart later confirmed that Ibrahimovic threatened to break his legs, but also said “he says that to everyone”.

However, Van de Vaart later admitted the pair "didn't get along well" during their days at Ajax.

“It's also true that around that time things just weren't working between the two of us,” Van der Vaart said in 2019.

“But I would rather be in a team with people who are honest, like him, even if it means there are a few arguments. There wasn't a specific moment we fell out. We generally didn't get along well.”

During the Swedes first spell at Milan, he became involved in one of the feistiest encounters in his long career when he came to blows with American defender Oguchi Onyewu, who Ibrahimovic said was “built like a heavyweight boxer”.

After tensions between became heated in training one day, Ibrahimovic was overcome with rage and lunged into a challenge on Onyewu, before the pair started fighting with one another. The Swede said they both wanted to “tear each limb from limb”.

“I told Onyewu I did not trash talk, but he just kept on,” Ibrahimovic wrote in his autobiography. "He shushed me with his finger. Then he did it again. I saw red. I didn't say anything, not a word. That b****** was going to find out how I trash-talk!

“The next time he got the ball in training, I rushed towards him and jumped up with my feet and studs out in front — the worst type of tackle. But he saw me and leapt out of the way. As we both crashed to the ground, my first thought was: 'S**t! I've missed!' As I got up and walked away I felt a blow to my shoulder. Not a good idea, Oguchi Onyewu.

“I headbutted him, and we flew at each other. We wanted to tear each other limb from limb. It was brutal. We were rolling around, punching and kneeing each other. We were crazy and furious — it was like life and death.

“I was stopped by my team-mates, and I suppose that was a good thing. It could have turned out nasty. All the time, I was thinking: 'S***, my chest hurts', so we had it checked out. I'd broken a rib in the fight.”

Although Kjaer and Ibrahimovic are now team-mates at Milan, a clash between them a few years prior could have damaged their relationship with one another.

Ibrahimovic’s United side were playing Fenerbahce in the Europa League in 2016 when the Swede became agitated by Kjaer’s close marking tactic, which left him frustrated.

At one particular moment in the match, the pair both ran for the ball, but Ibrahimovic also intentionally tried to shove the defender out of the way.

But Kjaer was not prepared to put up with such treatment and responded in his own way by by grabbing him as he went to get the ball.

Ibrahimovic then grabbed Kjaer by the neck, leaving United team-mates and Mourinho to separate proceedings before it escalated further.

“I actually didn't hear what he said but I do know that he wasn't happy,” Kjaer told Swedish Channel 9. “But that's the way I know him from the pitch. He is the kind of chest-puffing player, who is arrogant. That is his way of playing. My way of playing is to mark him as tightly as possible and to give him as little space as possible, because he is a good player.

“It is a part of football and I don't take it too seriously. It is not the first time I play against him and I know how he reacts. It is not a problem. It is, like I said, a part of the game.” 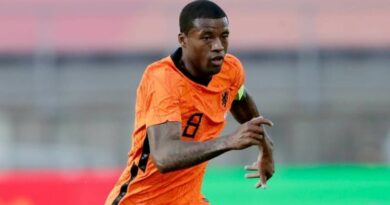