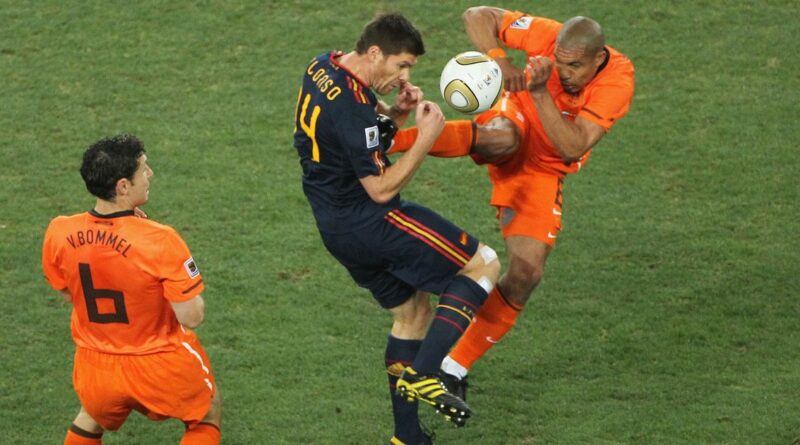 Football has seen more than it's fair share of horror tackles over the years – but some of the people behind the worst challenges in recent memory have somehow escaped seeing red.

Before VAR was even dreamed up, naughty challenges would get past officials on a seemingly weekly basis, but obviously some have been far worse than others.

From Nigel de Jong's infamous karate kick in the 2010 World Cup final to a challenge from Ben Thatcher that led to complaints being made to the Police, Daily Star Sport takes a look at some of the worst challenges in recent memory that didn't result in an early bath…

READ NEXT:7 footballers who are super nice but are feared hardmen on the pitch

Only five players have ever been sent off in a World Cup final – but it should have been six after De Jong's horror tackle in the 2010 final.

The Dutchman chopped down Alonso with a wild karate kick in the early stages of the tense showdown between Netherlands and Spain, but somehow, the midfield enforcer was only shown a yellow card by Howard Webb.

Unfortunately, De Jong's ludicrous lunge appeared to set the tone for an ill-tempered final that was marred by numerous dirty tackles. With that in mind, it should come as no surprise that someone did eventually see red. John Heitinga was shown a second yellow card in extra-time and was unavailable for the decision penalty shootout which the Spaniards won.

What did you think is the worst tackle in Premier League history? Let us know in the comments section.

During his days in the Premier League, Thatcher earned a reputation as a no-nonsense, tough-tackling full-back. But the decision to book him for his vicious forearm smash on Mendes back in 2006.

The Portsmouth midfielder was left out cold after being absolutely poleaxed by Thatcher, but the Manchester City ace was only cautioned for the sickening collision. However, Thatcher didn't completely get away with the elbow, which left Mendes in hospital overnight.

Thatcher was suspended indefinitely and fined two weeks wages by City, while Greater Manchester Police also received a number of complaints over the incident. The FA eventually slapped Thatcher with an eight-match ban and an £80,000 fine.

Arsenal players have been on the end of some absolute horror tackles down the years, but few can compare to the wild tackle from Smith that took out Diaby back in 2006.

The ex-Sunderland full-back shattered Diaby's right ankle following an X-rated tackle in the dying moments of routine Arsenal victory at the Stadium of Light – but was inexplicably spared a red card.

Unfortunately for Diaby, Smith's horrific tackle set him back in his career. Despite being warned that the injury was serious enough to curtail his career, the ex-Gunners man battled back after three operations and eight months of gruelling rehabilitation work. Sadly, Diaby went on to be plagued by injuries throughout his career and ended up hanging up his boots at the age of just 32.

Herrera was a popular figure at Manchester United during his five-year stay at Old Trafford – but he wasn't very popular with ex-Stoke boss Mark Hughes after a ludicrous tackle on Allen back in 2016.

Somehow, the Spanish midfielder was only cautioned for his high, studs-up challenge. And Hughes was adamant that the only reason Herrera got off lightly was because Allen didn't make a meal of the challenge.

Hughes said after the match: "At the time I thought it was mistimed, to say the least. It's all credit to Joe that he didn’t make a meal of it. Clearly he was hurt and down for a while."

During his time at Wigan, McManaman had a huge impact and even inspired the Latics to FA Cup glory, but he is also responsible for one of the worst lunges the top-flight has ever seen.

The Scottish winger miraculously escaped with just a yellow card after he caught Newcastle's Massaido Haidara above the knee with a disgusting studs-up challenge back in 2013.

And the 31-year-old even managed to escape a retrospective ban from the FA as he'd been already been cautioned for the sickening tackle.

Cole spent months on the sidelines after Ruddock's tackle, but the former United striker bore no ill-feeling towards the veteran, insisting that he was on the receiving end of an "honest challenge."

"It wasn't even a free-kick, it was 'play on'. It was excellent because he let the ball run past him and I absolutely destroyed him. Again, I know it’s not big and it’s not clever, but it was great.” 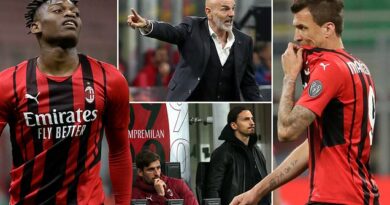 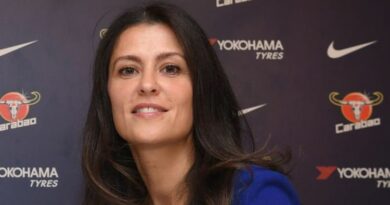