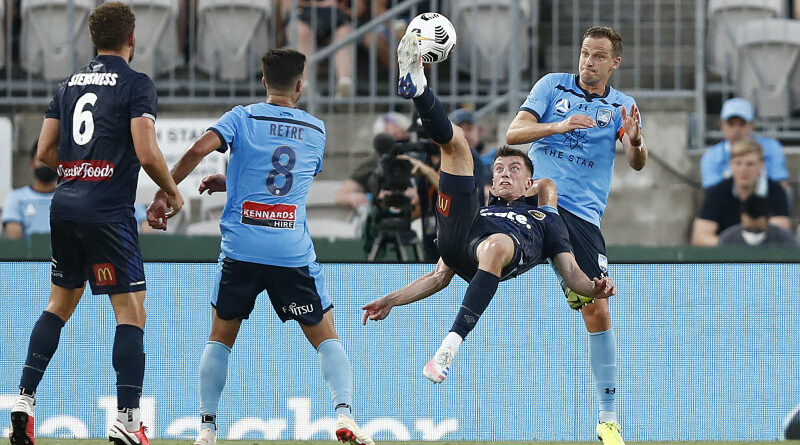 Sydney FC’s lack of finishing prowess was brutally exposed by the Central Coast Mariners in their shock 2-0 victory over the A-League champions on Friday night.

An own goal from Ben Warland and a follow-up strike from substitute Alou Kuol at Netstrata Jubilee Stadium delivered the vastly improved Mariners their third win from four games – and their biggest scalp of the season so far. 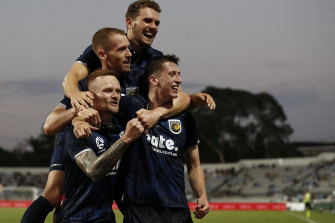 The Mariners celebrate their opening goal against Sydney FC. Credit:Getty

It was Central Coast’s first win over the Sky Blues in almost seven years, and one that will fill coach Alen Stajcic and his team of unheralded kids and unwanted cast-offs from rival teams with iron-clad confidence that they can mix it with the best in the competition.

They took the lead in the 53rd minute when Olyroo Daniel Bouman’s cross from the left triggered confusion at the back for Sydney. Warland inadvertently turned the ball into his own net while trying to muzzle Mariners skipper Matt Simon – mere moments after the VAR denied the Sky Blues a goal through Trent Buhagiar.

Then 20 minutes later, the electric Kuol pounced on a loose ball in the penalty area to smash home his second senior goal – courtesy of a wicked deflection off Alex Wilkinson – and give the visitors what proved an unassailable lead. 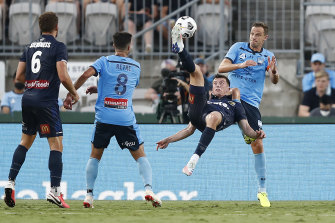 An acrobatic attempt from Daniel Bouman.Credit:Getty

Sydney coach Steve Corica immediately dragged Buhagiar and Kosta Barbarouses and threw on youngsters Jordan Swibel and Patrick Wood in search of a way back into the contest, but by then it was a lost cause. They looked devoid of fresh ideas in attack and the frustration was palpable in the stands at Kogarah.

The ladder means little at this early stage of such a disjointed season but try telling that to long-suffering Mariners fans, whose team are back on top and boast the league’s best defensive record.

Stajcic has boldly set his sights on qualification for the AFC Champions League this season. At the very least, his team looks capable of challenging for a finals berth.

As for the Sky Blues, there’s a lot of football still to be played but alarm bells should be ringing.

They had the better of the first half but that means nothing if there’s no end product. Their struggles up front – which stem back to their fruitless AFC Champions League campaign late last year – must be tempting Corica into rushing back former golden boot Bobo for next weekend’s showdown with Macarthur FC, despite concerns over the Brazilian’s fitness.

The biggest culprit was again Barbarouses, who converted a penalty in last weekend’s Sydney derby but hasn’t scored a goal from open play since March – a lean spell that spans more than 19 hours of football.

The Kiwi international missed two early chances and then another on the half-hour mark, as he turned and shot from a good position after a Joel King cutback but failed to hit the target. He also strayed marginally offside in the build-up play for the Buhagiar goal that was chalked off upon video review.