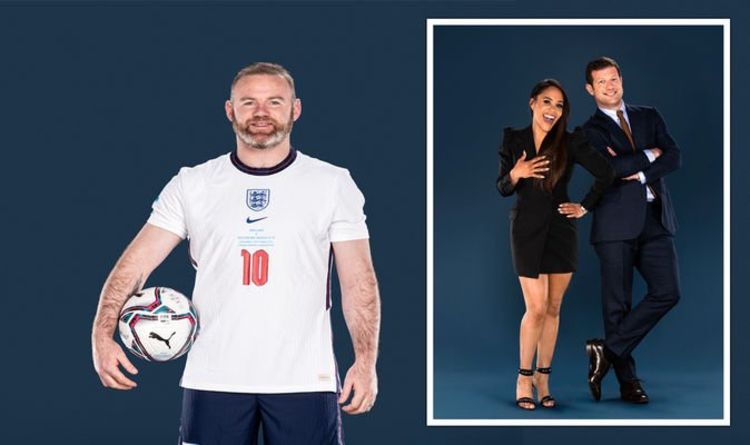 This year’s charity match will see teams of celebrities take on footballing legends, including Wayne Rooney who is coming out of retirement to play for the England team.

Gary Neville said: “Just when I thought my days of being booed by City fans had passed! I’m hoping that my hamstrings hold out for more than five minutes, to be honest.”

Micah Richards said: “Usain Bolt running at Gary Neville? Rooney out of retirement? Me making my coaching debut. What more do you want?!”

Dermot O’Leary will be presenting with ex-Lioness and pundit Alex Scott joining him, in her SoccerAid debut.

She said: “I’m so excited for this! I’ve wanted to be involved in Soccer Aid for UNICEF for many years, so I am delighted to be part of it now as pitchside reporter.”

Maya Jama will also be returning to the presenting team as a pundit.

They will also help children return to school, beat malnutrition and access the healthcare they need.

Dermot O’Leary, who recently became a UNICEF ambassador, said: “Getting through this last year or so has been tough for all of us, but the Covid crisis is making life for children in the world’s poorest countries even harder.

“Whoever you support, England or the Soccer Aid World XI FC, it’s going to be one hell of a night at the Etihad Stadium. The money we raise really will make a huge difference to children’s lives everywhere.”

Tickets for the Soccer Aid match are now sold out, but you can watch it on ITV and STV.

Kick-off is scheduled for 7.30pm on Saturday 4, September.

So, who are all the stars taking part?

Soccer Aid for UNICEF is taking place on Saturday 4th September 2021 at the Etihad Stadium, Manchester and will be broadcast live on ITV and STV.

The money raised from this year’s game could help UNICEF deliver two billion vaccines worldwide, get kids back to school, beat malnutrition, and get the healthcare they need today and long after the crisis is over.

All donations will be matched by the Children’s Investment Fund Foundation (CIFF), meaning double the difference for children.

If you want to donate, you can do now now at socceraid.org.uk/donate

It's clubs vs stars in Premier League wage cut talks