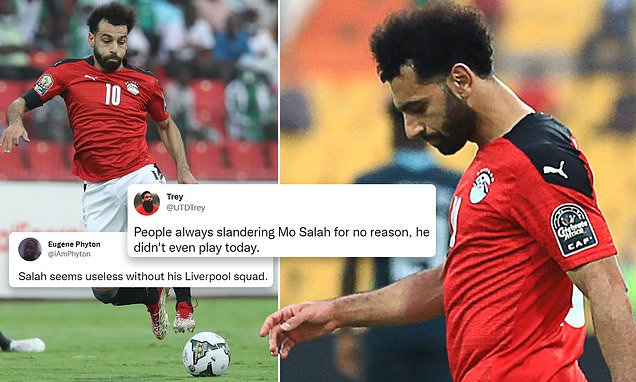 Social media brutally takes aim at Mohamed Salah after the superstar’s Egypt side suffered defeat to Nigeria at the Africa Cup of Nations, as he is accused of being ‘USELESS without his Liverpool squad’

Mohamed Salah has been criticised on social media after his Egypt side were beaten by Nigeria in their group stage opener at the Africa Cup of Nations.

And despite the superstar’s best efforts, he has been savaged by a number of people online, with many taking light-hearted swipes at his inability to salvage a result. 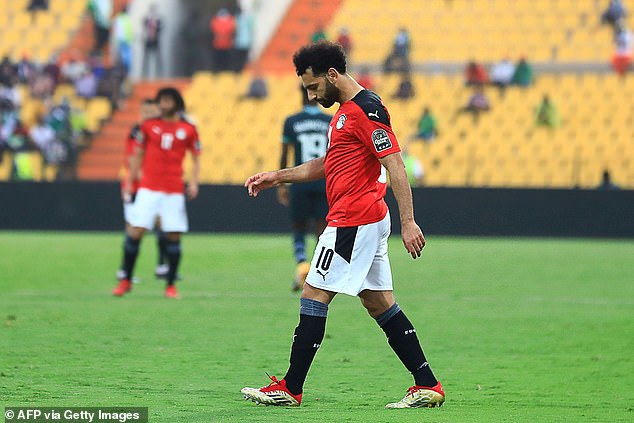 Indeed, Salah was unable to repeat his heroics for Liverpool after being marshalled brilliantly by an organised Nigeria, who threw their bodies on the line for a shutout.

The 29-year-old saw a stinging volley blocked during the clash, but the linesman’s flag was raised for an earlier offside, which would have ruled out the potential goal.

Statistics recorded by Opta showed that Salah was restricted to just 35 touches on the ball, with four coming inside the opposition’s penalty area. 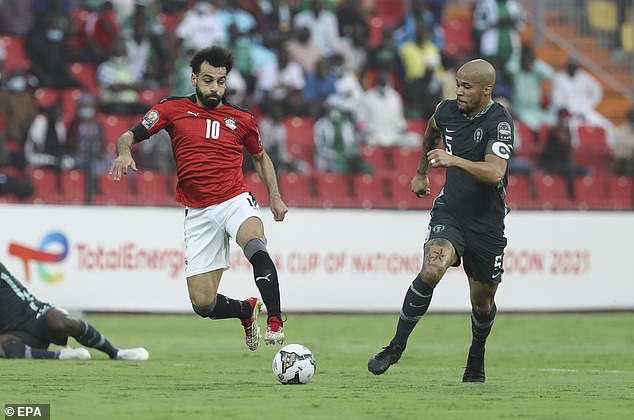 Salah (left) was well marshalled by his opponents, and his showing has since been savaged

Adding to his frustrating evening, the typically prolific forward mustered up just one shot, and also attempted two dribbles, one of which was successful.

It was no surprise, then, that a host of Twitter users were quick to take aim at him.

One account said: ‘Salah seems useless without his Liverpool squad.’

‘People are always slandering Mo Salah for no reason, he didn’t even play today,’ another joked. 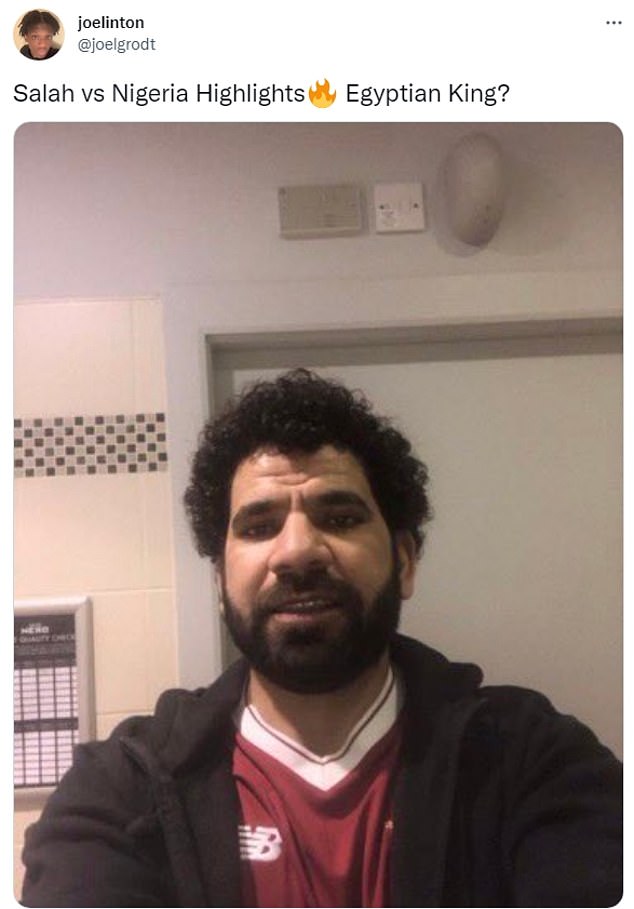 A third, meanwhile, posted: ‘Salah vs Nigeria highlights. Egyptian king?’ alongside a picture of a man who resembles the misfiring ace.

‘No running space and Salah is once again useless in a tough game,’ said a fourth.

Real ‘could let Modric leave in summer’ amid Eriksen interest