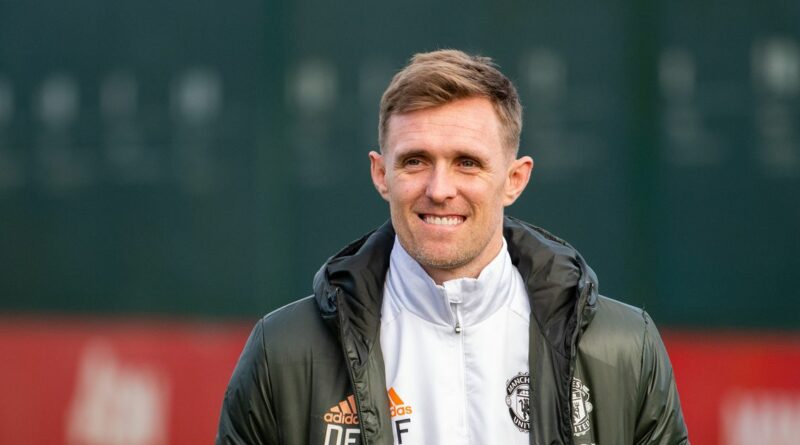 Ole Gunnar Solskjaer says Darren Fletcher's "Man Utd DNA" was a factor in the decision to promote the former Red Devils midfielder to his coaching team.

It was announced on Monday that Fletcher, 36, has made the step up from working with the club's under-16s academy side to coach United's first team.

He replaces Solskjaer's longstanding assistant Mark Dempsey, who has gone the other way into a role with the academy.

Fletcher enjoyed an illustrious playing career at Old Trafford, winning five Premier League titles and the Champions League, among other trophies, before stints at West Brom and Stoke.

He has been back at United since October, with Solskjaer wasting little time in drawing on his experience at senior level. "He's got the Man Utd DNA and there was a spot open because Mark Dempsey has moved to the academy," Solskjaer said. "We felt he was so valuable there, he's been brilliant in the academy and helping out.

"Then when this opening came, Darren has been away from the club a few years but then he's come back doing coaching with the 16s and with his experience of being here through both successful and difficult times, we felt it was right now for Darren to come in and give us that input."

Fletcher came through the United ranks as a player himself, spending 12 years at the club as a professional after making his debut in 2003.

But it was as much his experiences at West Brom and Stoke which convinced Solskjaer to promote him to his backroom team.

Will United win any silverware this season? Have your say below.

"I think it's also important that we bring ex-players that have been somewhere else," Solskjaer added.

"I've been somewhere else after having worked under Mick Phelan, Sir Alex [Ferguson] and Carlos [Queiroz]. We know one way of the coaching but they’ve been at different clubs and got different ideas.

"Fletch, with his ideas and thoughts, will improve us in the backroom staff."