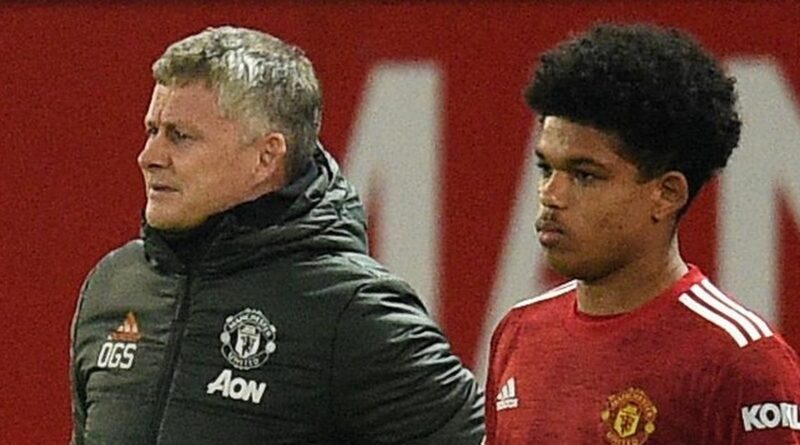 Ole Gunnar Solskjaer says Shola Shoretire's rise up the Manchester United pecking order has been accelerated thanks to his eye-catching displays in training.

The Red Devils boss also explained that a number of loan departures have paved the way for the 17-year-old's involvement with the first team.

Shoretire has been tipped to for a very bright future at Old Trafford and came off the bench to make his debut in the 3-1 Premier League win over Newcastle on Sunday.

Solskjaer was keen for Shoretire to make his senior bow as he is sure the teenager can cope with the step up. "It’s important that our kids know that when they’re good enough, they're old enough," said Solskjaer after the victory over the Magpies.

"Shola has been training with us for a while, done really well and it was next step for him. A few players went out on loan which made the path for him shorter."

Among the players who left United on loan in January was attacking midfielder Jesse Lingard, who joined West Ham until the end of the season. These loan departures cleared the way for Shoretire to be named in the matchday squad to face Newcastle and he was introduced in the 89th minute to replace goalscorer Marcus Rashford.

"He is a boy we believe in," Solskjaer added. "We wanted to give him a little taste of it (playing in the Premier League). Is Shoretire a future Manchester United star? Have your say in the comments.

"Of course the game was not done, still another six or seven minutes but he is a boy we believe in."

Meanwhile, Solskjaer was quizzed on whether Shoretire could start the Europa League last-32 clash against Real Sociedad this Thursday, with United already 4-0 up from the first leg.

He responded: "Probably not Shola and Amad, no. I'm not sure if that would be fair on them. They'll be in the squad."

Solskjaer also admitted he is unsure whether trio Donny van de Beek, Scott McTominay and Edinson Cavani will recover from their injuries in time to face the Spanish club.

The Norwegian said: "Donny, Edinson, Scott, I don't know. Maybe they'll be available, I'm not sure. I hope (they will be)." 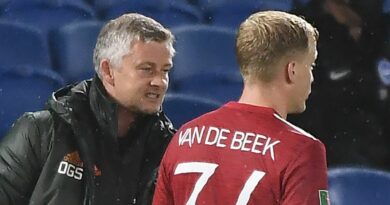 'I'm over the moon': Jurgen Klopp on Liverpool's return to training