Manchester United boss Ole Gunnar Solskjaer insists he’s not fearing for his job at Old Trafford and dismissed claims he’s told the squad he’s on his way out as ‘blatant lies’.

The Norwegian has come under increasing pressure following United’s 2-2 draw with Aston Villa and they enter a crucial period this week where they’ll take on Tottenham followed by Manchester City.

Solskjaer’s men are eight points off the top four and reports on Monday claimed the Norwegian had told his squad he was on the ‘brink’ of being sacked if they lose their next two games.

The shadow of Mauricio Pochettino looms large at Old Trafford following the Argentine’s sacking at Tottenham but senior sources at United insist they’re happy with Solskjaer.

‘I’m just focusing on my job and that’s doing as well as I can, look forward to the next game and look at the long-term plan things with board.

He appointed Solskjaer before the end of last season following a record-breaking run from the Norwegian but things have gone far from planned since.

Solskjaer insists the pair speak regularly and that there’s a ‘plan’ in place to rebuild the club. 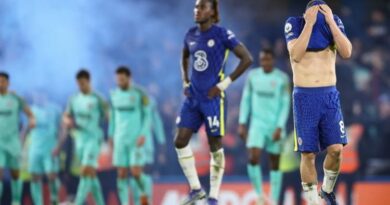 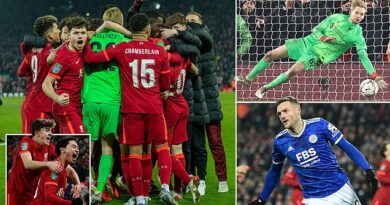