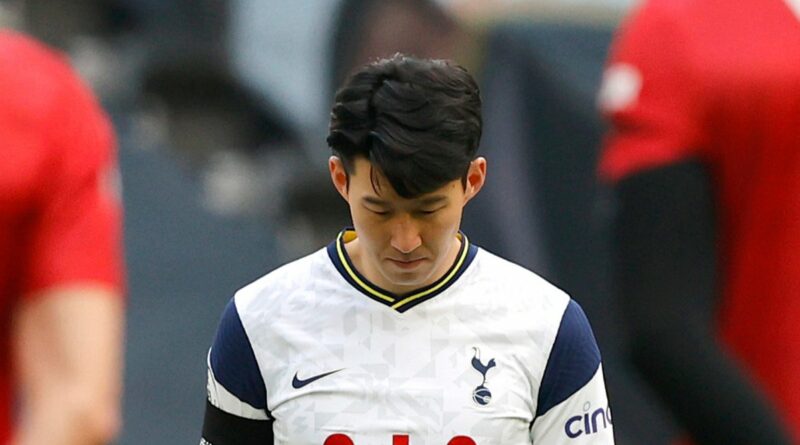 Tottenham Hotspur have condemned “abhorrent” racist online abuse suffered by Son Heung-min in the wake of Sunday’s 3-1 defeat by Manchester United in the Premier League.

Son was involved in an incident that saw a Man United goal through Edinson Cavani goal controversially ruled out in north London, with Scott McTominay deemed to have fouled Son in the build-up.

“Another matchday and more abhorrent racial abuse suffered by one of our players,” a statement from the north London club read.

“This has again been reported to the platforms and we shall now undertake a full review alongside the Premier League to determine the most effective action moving forward.

“We stand with you, Sonny.”

The abuse saw Son became the latest victim in a seemingly endless string of online racist incidents in recent months, with Raheem Sterling having received hateful messages in the wake of Manchester City’s 2-1 loss to Leeds on Saturday.