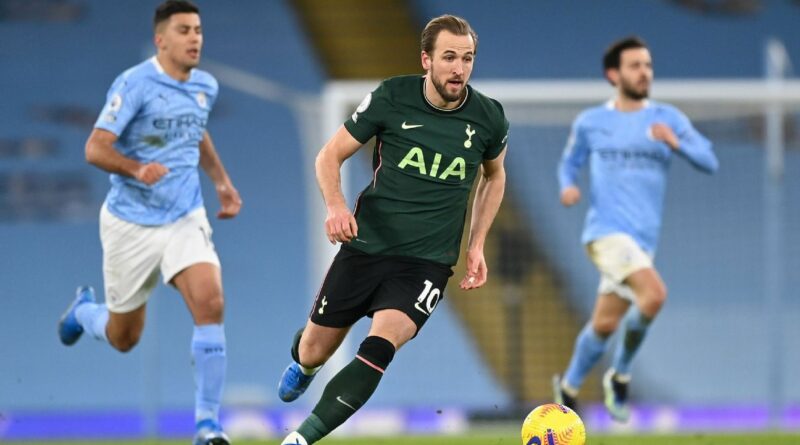 Kane, 27, has informed Spurs of his desire to leave this summer, with City leading Manchester United and Chelsea in the race for his signature.

Sources at both City and Tottenham have denied a formal bid has been tabled as of Monday afternoon.

But sources said City are preparing to test Spurs chairman Daniel Levy’s resolve with an opening offer that could also include a player-plus-cash proposal.

Sources said Levy is certain to reject any bid at that level given Kane is valued at around £150m and has three years remaining on his current £200,000-a-week contract.

Kane has not made a written transfer request and sources said Levy is determined to keep him at the club for at least another season, despite the player believing he has a gentleman’s agreement to depart this summer.

Sources have told ESPN that at least one candidate who interviewed for the vacant managerial position at Spurs was told Kane would not be sold before the start of next season.

City are looking to strengthen their attack after allowing Sergio Aguero to depart after winning their third league title under Pep Guardiola in four seasons.

Sources have told ESPN there is an acceptance at the Etihad Stadium that it will be hard to prise Kane from Tottenham this summer given his importance to Spurs and his contract situation.

While Guardiola is keen to add a striker to his squad, City are prepared to wait a year if the right player is not available, as they did when they signed Rodri in 2019 and Ruben Dias in 2020.

There have been reports Raheem Sterling could be one of the players to tempt Tottenham to sell Kane this summer, but sources have told ESPN the England winger is not willing to be used as a makeweight in any deal.

Kane recently admitted City midfielder Kevin De Bruyne would be a “striker’s dream” to play with, but he has parked all talk about his future until after England’s involvement in Euro 2020 is over.