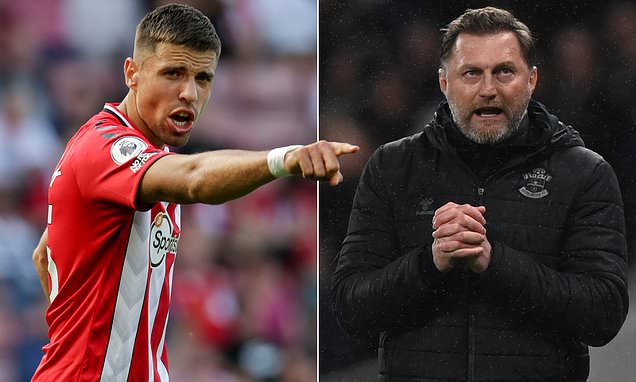 Ralph Hasenhuttl has laughed off being tipped for football’s top jobs by his own Southampton players.

Jan Bednarek insisted Austrian boss Hasenhuttl deserves to manage ‘the biggest teams in the world’, with Saints 10th in the Premier League and suffering just one defeat in their last 10 games in all competitions.

Some pundits have claimed Hasenhuttl would prove a good fit at Manchester United given his prior working relationship with interim boss Ralf Rangnick, who is due to start a two-year consultancy role with the club in the summer. 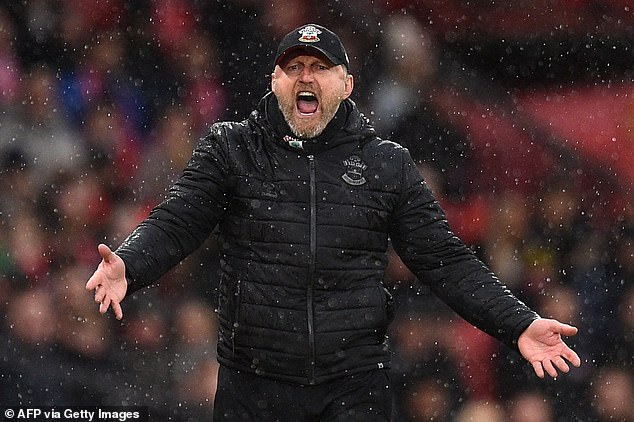 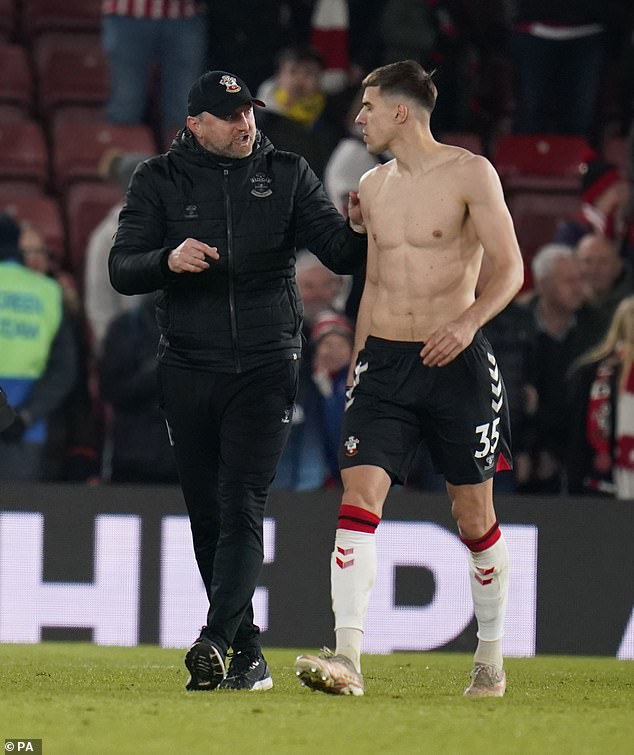 But Hasenhuttl chuckled at the suggestions, joking that Bednarek especially had no choice but to praise his manager when quizzed directly on the topic.

‘This was a very awful question for a player from my team, what else should he answer?’ said a laughing Hasenhuttl.

‘He has to answer quite well. He tried to come out of this question with a good answer and he did it.’ 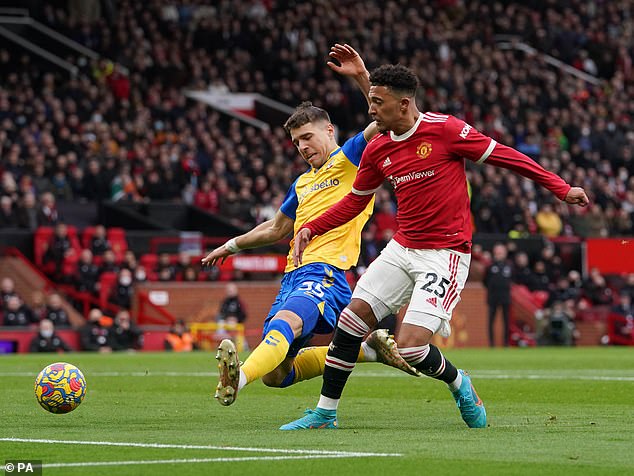 Boss Hasenhuttl says Bednarek (pictured, left) had no choice, but to praise him when questioned on his future

On being tipped for a future United role, Hasenhuttl continued: ‘This is not in my mind and also not the things that are interesting me.

‘I don’t want to speak about my future every week.

‘Last week we spoke about different things, and this week we should be speaking about the game we have now against Everton.

‘This is more interesting for me, my whole focus and whole energy is on this game. Anything else I will leave to other people.’

Southampton will host Frank Lampard’s Everton at St Mary’s on Saturday, in the first of four home matches in their next five league and cup fixtures.

Hasenhuttl feels confidence is high after beating Tottenham and taking points off both Manchester clubs, but has also warned his players not to let their guard down amid an apparent softer run of fixtures. 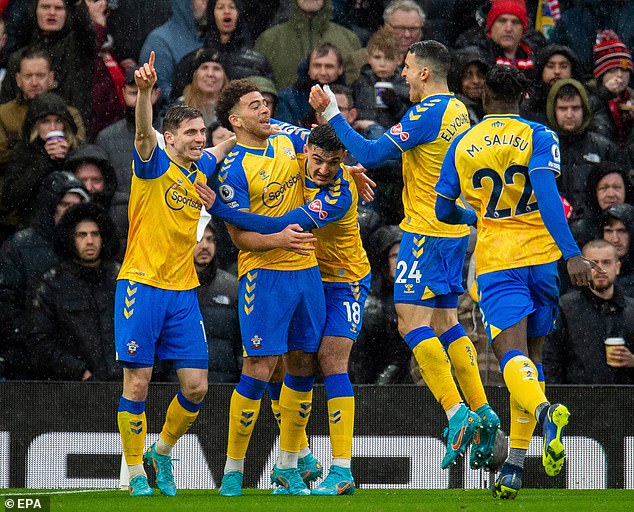 ‘We are in a good mood if you want, we have had some tough games in the past weeks,’ said Hasenhuttl.

‘We’ve lost only against Wolves and the rest was very tough, Manchester City, Tottenham, Manchester United.

‘Staying unbeaten was a massive step forward for us definitely. But that doesn’t mean that life is easier now, definitely not.

‘Teams are coming where you think points can be possible, but it’s definitely not easier.

‘We know the upcoming fixtures are super tough for us. But the level we have shown is the level we are demanding now. And we have to keep on going the way we have in the last few games.’