England are ‘ready to fight France’ to secure their place in the World Cup semi-finals, according to Gareth Southgate.

Thousands of fans will cheer on the Three Lions in Al Khor and millions more back home are expected to watch on TV, with pubs and bars readying themselves for another bumper evening.

England boss Southgate insisted the squad must produce the ‘very best version’ of themselves if they are to keep their dreams alive by overcoming the reigning World Cup champions. The two giants of European football will meet at the Al Bayt Stadium on Saturday evening, with the winner facing Morocco or Portugal in the semis on December 14. 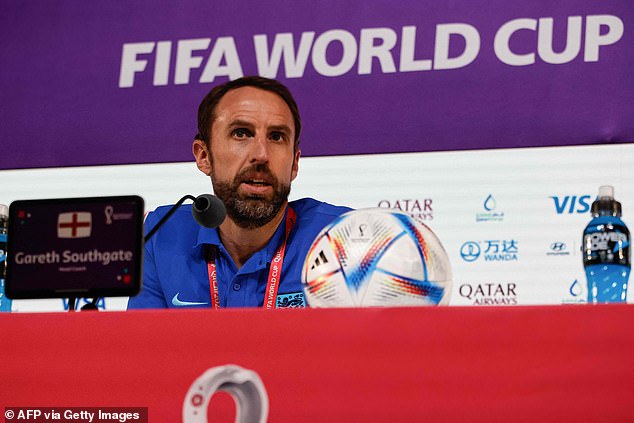 The British Beer and Pub Association hopes the 7pm kick-off time in the UK will encourage punters to visit their local early. It predicts six million more pints could be sold during the quarter-final game – providing a £26 million boost to the industry. Extra police officers will be deployed in London given large swathes of English and French football fans are expected to flock to the city.

Downing Street said Rishi Sunak wishes England the ‘best of luck’ and he will watch the game with friends and colleagues at the Prime Minister’s countryside retreat, Chequers. A No 10 spokesman said: ‘He knows that the team will give everything they can to try and win the match.’

Elsewhere, the build-up saw singer Chesney Hawkes join forces with members of the England band to perform in the Souq Waqif market place in Doha. Hawkes was dubbed a ‘lucky charm’ by the England players after he performed his chart hit The One and Only on the pitch during the interval of their 3-0 group stage win over Wales. 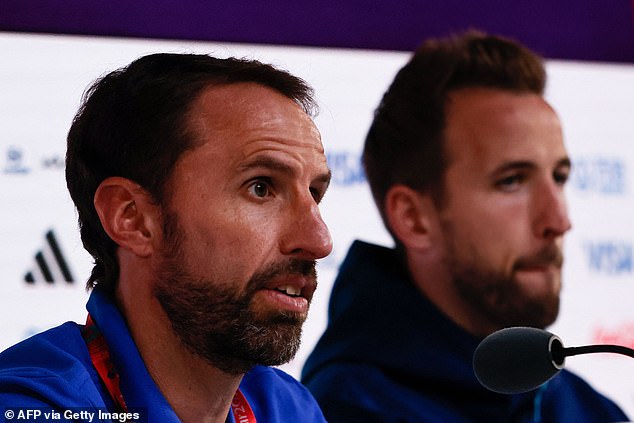 England will also hope to land an early blow on Saturday morning when their supporters’ team plays a seven-a-side game against their French counterparts. For the main event, Southgate feels England’s run to the semi-finals of the last World Cup in 2018 and their appearance in the Euros final last summer will help them on Saturday.

He told reporters: ‘In terms of our experiences, I think those big matches for the team are important reference points.

‘They’ve had to come through many different ways of winning games, some defeats that have hurt but that we’ve learned a lot from and I think they prepare you for nights like tomorrow where you have got to produce the very best version of yourselves.

‘The mentality is key really. The belief that we deserve to be there and we are ready to fight France for that place in the semi-final.” France supporter Julien Abbassi, from Paris, was spotted in Doha wearing a hat with a plastic baguette attached to it. 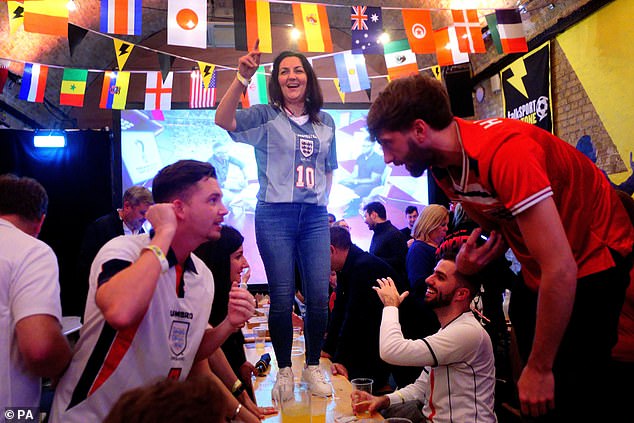 He said he felt confident ahead of the quarter-final tie and showed off his France flag containing three stars – two for the World Cups that Les Bleus have already won, and one in anticipation of victory in Qatar. The 40-year-old, who runs his own company, told the PA news agency: ‘My real feeling is I definitely respect England because you’ve got a good squad, score a lot of goals, but I think we are a good team. We’ve got experience, our coach knows how to deal with this kind of squad. “For example, (Olivier) Giroud played in England, (Kylian) Mbappe already faced Kyle Walker, so I think we’re ready for this game, I’m confident.’

Mr Abbassi suggested it could be ‘easier’ for France given their experience, adding on England: “For you guys, you reach semi-final, the final but then there’s always this fear of penalties, of ‘we’ve got a good generation but maybe they’re not going to reach the final’.”

Andrew Whittaker, 30, who lives in Doha by way of Liverpool, said he has a “funny feeling” of an England win. The claims and cost consultant told PA: “I think they will do well against France, I’ve got a funny feeling. 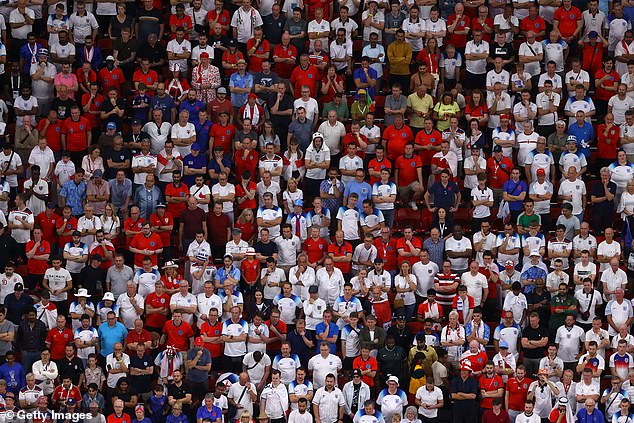 Mr Whittaker described Mbappe as ‘unbelievable’, adding: ‘I was thinking (Karim) Benzema being injured might help us but Giroud is still banging them in.’

Land buyer Elliot Carty, 28, from Bristol, said England have started to ‘show their quality’ in the games against Wales and Senegal.

He added: ‘I think a lot of people were a bit worried about France but I’m not worried. 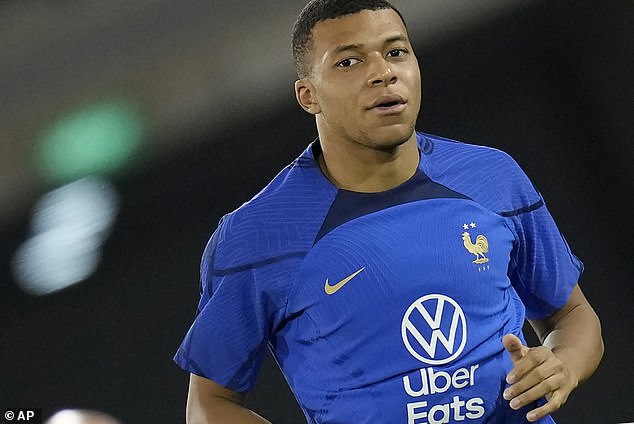 ‘They’ve got Mbappe, that’s their one star man, but if you look at the other areas, our team is stronger.’

Mr Carty, who returned home ahead of the quarter-finals but has flights booked to fly out for the final, said he expects a ‘tight’ game but predicted an England win.

The England Supporters’ Travel Club received 2,005 applications for quarter-final tickets out of an allocation of 3,509 ahead of the tournament, according to the FA. Supporter numbers have been bolstered by people already living in the region while others have stayed in Dubai and used shuttle flights on match days.

There were reports of France supporters boycotting the World Cup due to concerns over Qatar’s record on human rights, although the country’s ambassador to Doha insisted 10,000 fans registered for visas ahead of the tournament. 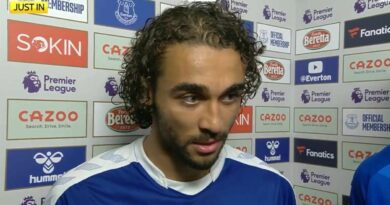