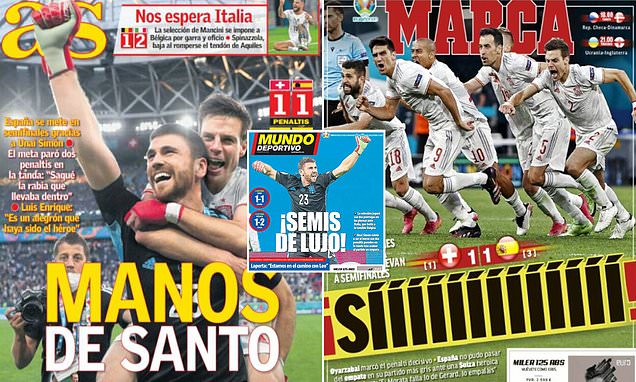 The Spanish press have hailed Unai Simon as a ‘saint’ after his two saves in Spain’s penalty shootout win over Switzerland booked their spot in the Euro 2020 semi-finals.

Denis Zakaria’s early own goal had put the three-time champions ahead but Xherdan Shaqiri made it 1-1 midway through the second half.

After Remo Freuler’s harsh red card for the Swiss, Spain, who missed a host of chances in extra time, went on to win the shootout 3-1, with Simon the star of the show in between the sticks. 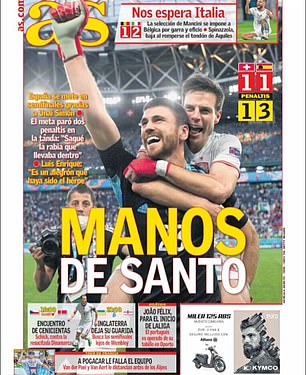 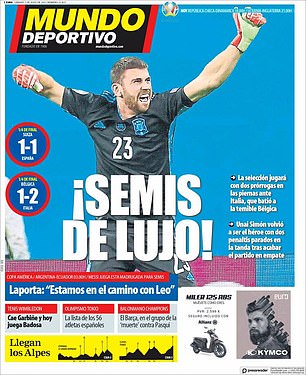 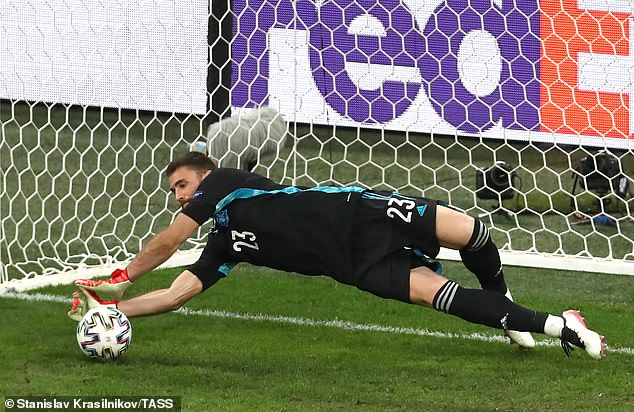 The climatic win for Spain turned out to be a huge relief for the country, who saw their team fail to beat 10-men in the last 13 minutes of normal time and then the whole of extra-time, before Sergio Busquets missed the first penalty kick.

But with Simon in goal, the Athletic Bilbao managed to turn the shootout around with the Spanish media praising him for his efforts.

MARCA, on the other hand, went with a rather simple headline of ‘YESSSSSSSSSSSSS’ to convey their joy of coming out on top against the Swiss. 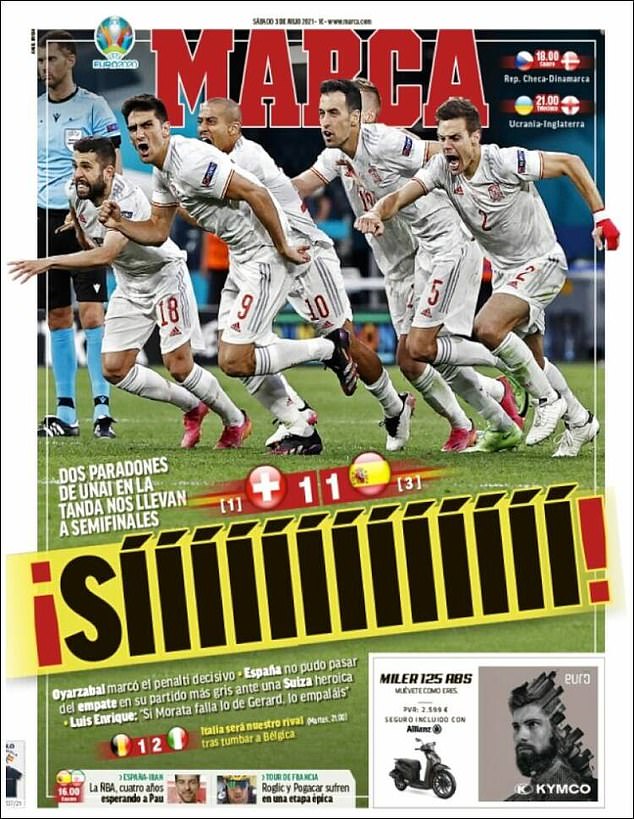 In the aftermath of the game, Simon said he will forget his penalty stops against Switzerland just as quickly as he put his gaffe in the last-16 game against Croatia behind him.

He added: ‘I did get a little bit carried away at the end. I am not usually like that but it was all the rage and relief coming out. It was a moment’s euphoria – now we have to reset for the next game.’ 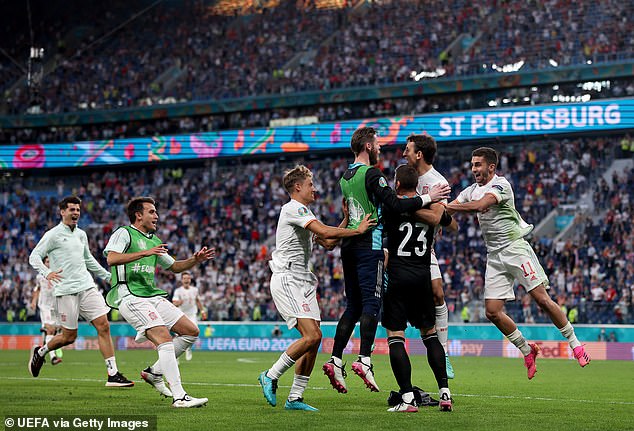 Asked who he would have given the man-of-the-match award to he replied: ‘Yann Sommer’.

His opposite number had denied Spain time and again but was outdone by Simon in the shoot-out.

‘We suffered but we didn’t expect anything else. It was a quarter-final we knew it wouldn’t be a procession,’ said Spain coach Luis Enrique who when asked about his keeper added: ‘We already knew what Unai is made of.’

‘You have bad things going through your head walking up to the penalty area but from the moment I put the ball down I knew what I was going to do,’ said Oyarzabal. 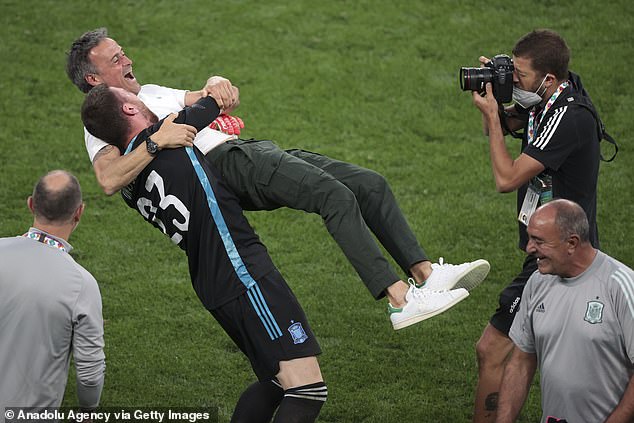 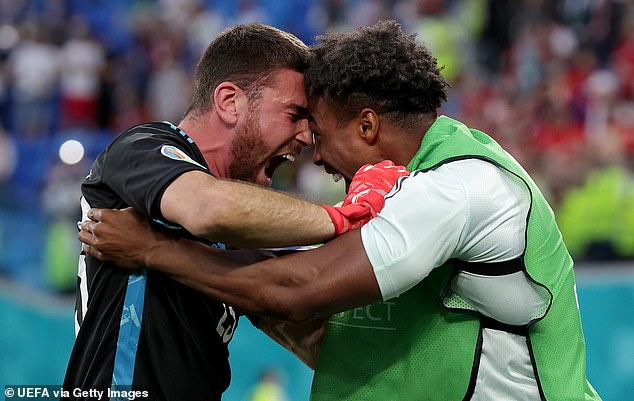 ‘I was confident I was going to score it. No one gave us a chance after the way we started the tournament but in football things can change quickly and now we feel that we have all of Spain behind us. We have reached this point and we want more. We are one step from the final.’

One Spain player who didn’t take a spot-kick was Pedri, who was taken off just before the end of extra time.

The 18-year-old had run Simon close for Spain’s man-of-the-match in another hugely impressive performance. ‘I don’t get tired. I try to rest as well as I can between games,’ said the Barcelona player.

Asked what he would have told someone telling him three months ago he would be ever-present in the team now one step from the final of Euro 2020, he replied: ‘I would have said they were crazy.’ 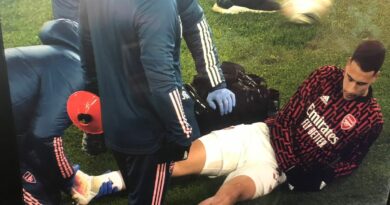