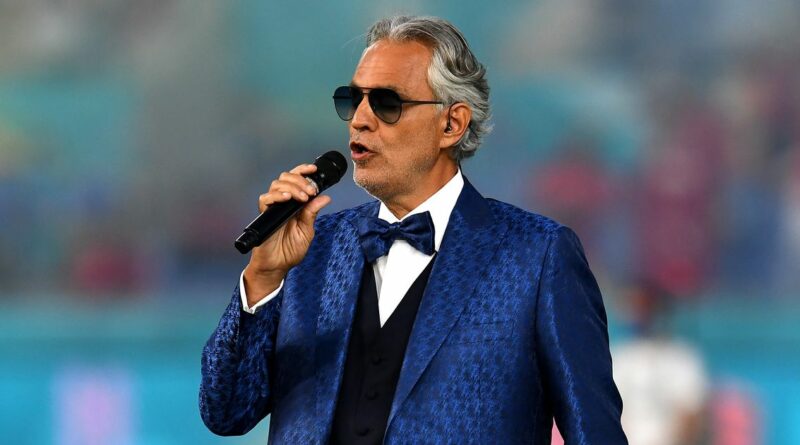 The opening ceremony was held in Rome's Stadio Olimpico ahead of the tournament's opening game between Italy and Turkey.

It featured a rendition of Nessun Dorma by classical singer Bocelli, evoking memories of Luciano Pavorotti famous opening at Italia 90.

Bocelli, who performed the song at the King Power Stadium after Leicester won the Premier League in 2016, left some supporters in tears as he recited the lyrics.

One person wrote: "Got something stuck in my throat and something else in my eye."

While another added: "I was crying when Andrea Bocelli was singing the Neesum Dorma. I felt that rendition and the fire works deep In my soul."

A third person commented: "Every football fan in the world probably sat crying watching Andre Bocelli at the opening ceremony."

"Bocelli’s got me in tears here, bloody hell", was the view of a fourth.

The opening ceremony also featured a miniature remote control car which was used to transport the match ball to the centre circle.

The car weaved onto the pitch before delivering the ball to the referee just before kick-off.

In contrast to the raw emotion of Bocelli's singing, the remote control car provided a lighter moment during the build-up.

One person commented: "A remote control car taking the football onto the pitch, this tournament is undefeated already."

And someone else added: "Absolutely GONE at this remote control car. Gone. I love football. So much."

READ MORE:Euro 2020 stars punching above their weight with WAGs from Harry Maguire to Luka Modric

Who is Max Aarons? Why Man United are impressed by Norwich defender