Crisis club Tottenham ’s season from Hell went from bad to worse when skipper Hugo Lloris was ruled out for the rest of the year.

The Spurs No 1 dislocated his elbow in Saturday’s 3-0 defeat at Brighton and the club released an updated on Monday evening.

A club statement read: “Although surgery will not be required, our Club Captain has suffered ligament damage and is not expected to return to training before the end of 2019.”

Pochettino is scheduled for talks with Spurs chairman Daniel Levy when he returns from giving a speech at the Aspire Academy in Qatar later this week.

They will discuss plans for a squad shake-up in January, with Eric Dier, Serge Aurier and Victor Wanyama all at risk, and Spurs willing to listen to offers for Real Madrid target Christian Eriksen. Pochettino is pushing for the club to renew their interest in Juventus star Paulo Dybala, and also has his eyes on Nice right back Youcef Atal.

His job is not currently under threat despite the defeat at Brighton coming hot on the heels of a 7-2 humiliation by Bayern Munich that prompted clear-the-air talks with his players.

Pochettino gave a “Master Class” in “Football analysed from an emotional context” in Doha yesterday and discussed his relationship with Levy.

He said: “We maintain a very good relationship and it is extraordinary to have that support. My personal relationship with the chairman is not going to change, win or lose.”

But Pochettino’s old rival Arsene Wenger claims that even another top-four finish may not be enough to save him come next summer. Wenger spent years getting Arsenal into the Champions League but was eased out after failing in the final two years of his reign.

He said: “We were twenty consecutive years in the top four but in the end, it was not enough any more.

“When you have been somewhere for four or five years, you have to show people you can give more. He is at that stage.

"I would say that they’re a bit destabilised as well. They had a good, young core. Today, you don’t feel exactly the same chemistry, and a player like Eriksen is a bit sidelined.”

Spurs have qualified for the Champions League four years in a row under Pochettino but haven’t won a trophy since 2008.

They have won only three games out of ten in all competitions this season and crashed out of the Carabao Cup at Colchester.

But Pochettino’s predecessor Tim Sherwood thinks Spurs would be mad to sack him, saying: “Daniel Levy is one of the most astute men in football.

“Do you think he, in his right mind, will sack Mauricio Pochettino? He has got so much credit in the bank with that football club. There is no way he will sack Pochettino – not in a million years.” 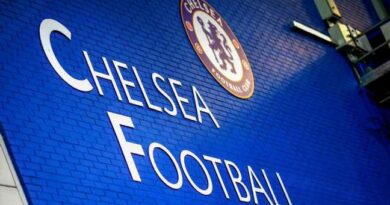