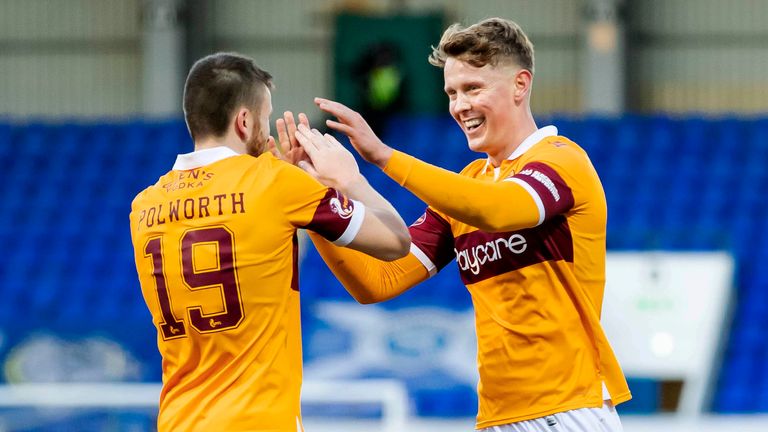 St Johnstone came from behind to earn a share of the spoils from a hard-fought 1-1 draw with Motherwell.

Mark O’Hara’s early breakthrough for the visitors was cancelled out by Stevie May’s penalty 11 minutes from the break and neither side could engineer a winner in a see-saw second half.

Motherwell were forced to make late changes to their line-up after the enforced absence of midfielders Allan Campbell and Barry Maguire.

Both have been forced to self-isolate after being deemed close contacts of three Scotland Under-21 team-mates who have tested positive for Covid-19 since returning from Greece in midweek.

The Steelmen brushed off the late blow and took the lead in the 17th minute following a strong opening.

A flowing move down the right flank bought space for Liam Polworth to attempt a shot that was blocked by Jason Kerr inside the area. But the ball broke kindly for O’Hara and the midfielder drilled in from 12 yards out.

St Johnstone responded brightly and Motherwell striker Devante Cole had to look smart to get in the way of David Wotherspoon’s goalbound effort midway through the half.

There was a lengthy stoppage as Murray Davidson needed four worrying minutes of treatment after falling awkwardly following an aerial joust with Robbie Crawford.

The midfielder was eventually taken off the pitch on a stretcher to be replaced by Craig Bryson.

But shortly after the restart Saints drew level. A move saw them burrow their way into the area and Bevis Mugabi was tempted into a rash challenge that upended May. The striker picked himself up to drill in his third penalty in two games. 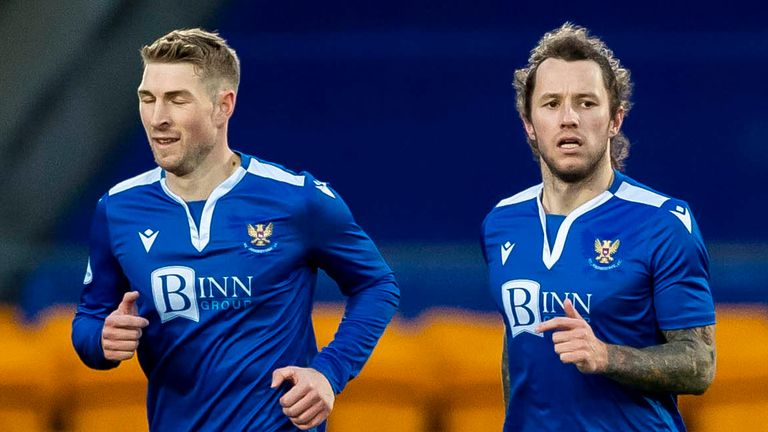 Wotherspoon and O’Hara went close with headers at either end before the half concluded with a chance for the visitors.

Cole received the ball with his back to goal and swivelled swiftly to despatch a low shot but Zander Clark got down smartly to block.

The second half was nip and tuck as both sides probed tentatively for openings. But defences held the upper hand to keep both sets of attackers at bay.

Saints did feel aggrieved when Craig Conway was caught late by Mugabi after heading goalwards, with the winger subsequently having to be substituted with a facial injury.

Another header brought the home side’s next opportunity 19 minutes from time. Wotherspoon’s corner was headed down by Kerr and helped on by May but Motherwell keeper Aaron Chapman held firm on the line.

When substitute Chris Kane blazed over from a tight angle any prospects of a late winner slipped away.

St Johnstone travel to face Hibernian in the Scottish Premiership on Tuesday; kick-off 7pm. Curiously, Motherwell host St Johnstone in their next match, next Saturday at 3pm.

‘If Partey plays, then so should Ozil’ – Arsenal’s snub of World Cup winner still stuns Merson

Lewis Hamilton out at Sakhir Grand Prix after positive COVID test; Who will replace Mercedes driver?
We and our partners use cookies on this site to improve our service, perform analytics, personalize advertising, measure advertising performance, and remember website preferences.Ok