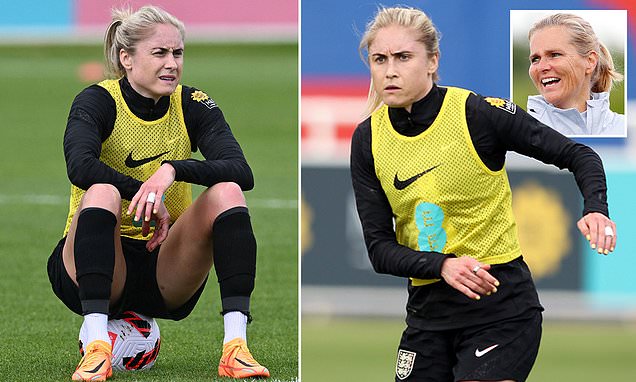 A defiant Steph Houghton insisted she can ‘get back to her best’ as she battles to be included in England’s 23-player squad for the Women’s Euros.

Houghton has not played since January after undergoing surgery on an Achilles injury. She has also not played under Wiegman since the Dutch coach took charge in September, with her last England appearance coming in February 2021.

The defender was included in the initial 28-player squad last month but five players will be cut next week. The squad announcement had been due this week but Wiegman was forced to return to the Netherlands following a family bereavement. 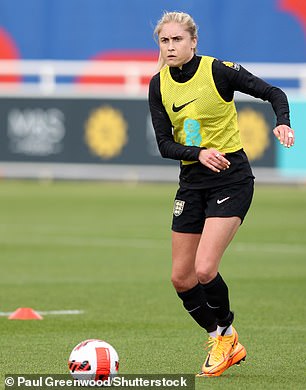 Steph Houghton is hoping to return to fitness

It means Houghton, 34, has an extra seven days to impress before a final decision is made and the centre back believes she can make what would be her sixth international tournament.

‘My focus was always on trying to get back in the squad,’ Houghton said. ‘I’m still not there yet I’ve been given a chance to do that and prove my fitness but I back myself, I back my fitness, I back the work I’ve done that nobody’s seen.

‘I’m improving every single day. I’m enjoying being back out on the pitch doing what I do. I’m confident I can get back to my best. You’ve only seen a snippet of what happens here (at St George’s Park) but there’s a lot of hard work behind the scenes. 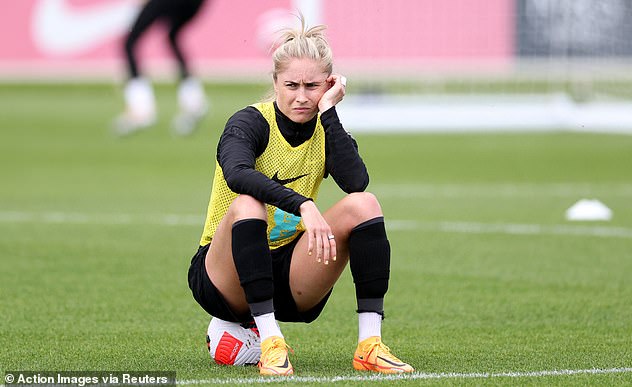 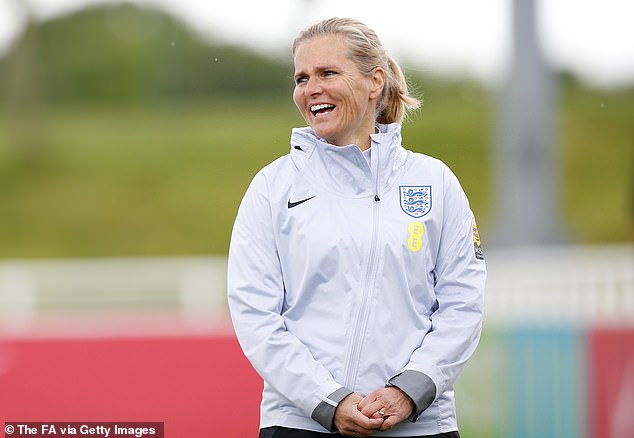 Lionesses manager Sarina Wiegman named Houghton in her wider 28-player squad but five players will be cut next week ahead of the tournament, due to take place in England in July

‘I’m proud of where I’ve come from and the people that I’ve been with to get here but there’s a long way to go, but I’m really happy. I feel as if I’m holding my own in training.

‘There’s a lot of players being managed in terms of a physical load because we don’t want to peak too early. It’s just about following the medical advice and to build up my sessions slowly. I haven’t missed a session yet, which is a good thing.

‘It’s just about sticking to the plan, taking it day by day and step by step. I think when you’ve been out for such a long time it’s just about being back on the pitch and having the ball back at my feet.’

After initially picking up the Achilles injury in September, Houghton returned to play five games for Manchester City at the start of the year but an aggravation to the injury saw her forced to undergo surgery in February.

Houghton has kept in close contact with Wiegman, who said she would give the defender extra time to prove her fitness ahead of the summer. 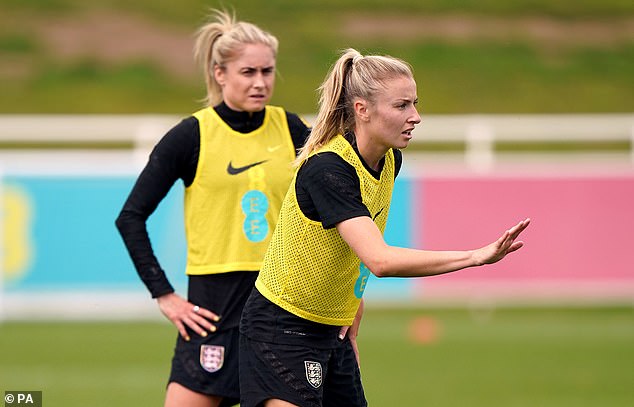 ‘My fitness has never been an issue in terms of from a physical point of view. It’s just more about my actual injury,’ Houghton added.

‘Now I’m just trying to put it into practice. I feel as though, in my head, I’m there or thereabouts, it’s just allowing my body to do what it needs to do and that’s to continue working hard over the next few weeks.

‘Me and Sarina’s relationship is absolutely fine. When I had the surgery it was always a case of having conversations as much as you possibly can to see my progress.

‘She was very much like “look, go and do what you need to do, you’re in the best hands and we’ll meet at certain points to see how you’re doing and whether it is an actual target”. 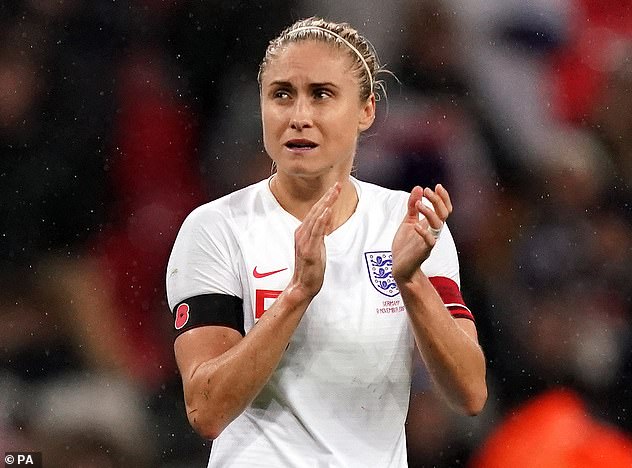 ‘I’ve hit every target so far and she’s been really positive and really supportive.

‘I know that Sarina is not here this week but we want to send our love to her and her family, it’s tough and family always comes before football so that is the right decision for her not to be here and we’re looking forward to seeing her next week.’

The defender has captained the Lionesses in their last three tournaments but Wiegman opted to give the armband to Arsenal’s Leah Williamson in April amid the uncertainty around Houghton’s fitness.

‘I have the utmost respect for Leah, she’s been my teammate for God knows how many years and I’ve seen her develop into a very, very good player in England and the world. I’m really proud of her.

‘I said I would give her all the support she needs and she’s going to do things differently to me, which is perfectly fine, but as a team there’s a lot of leaders in this group, those with experience and those that are captain at club too.’ 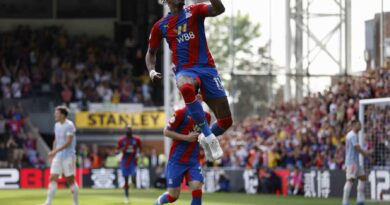