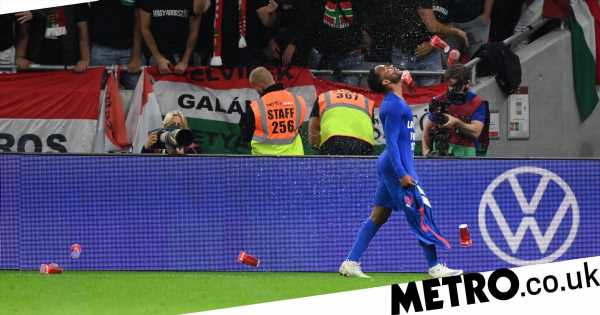 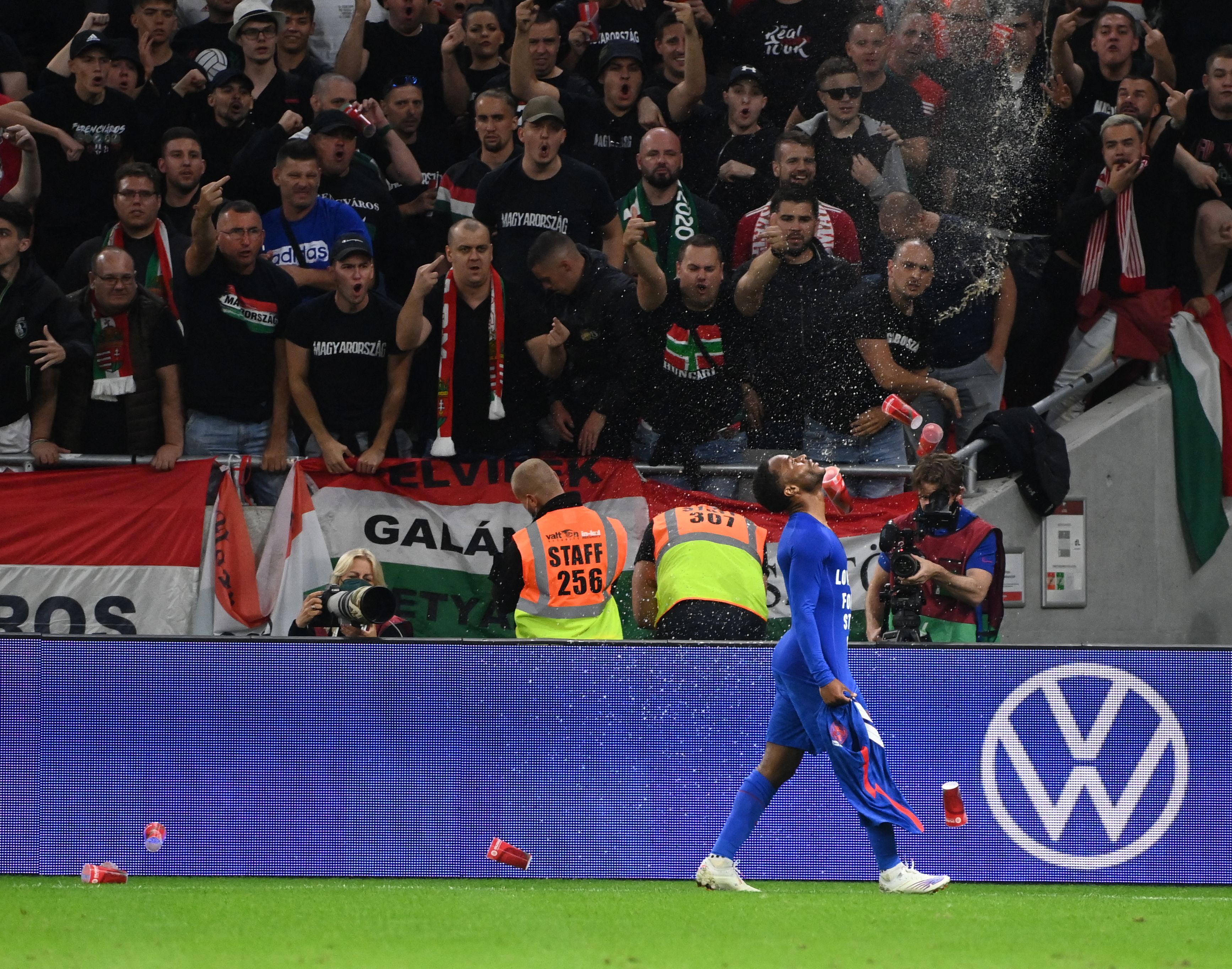 Raheem Sterling was struck by several objects thrown from the crowd as he celebrated scoring England’s opening goal in the side’s World Cup qualifying match against Hungary this evening.

It was a hostile and intimidating atmosphere at Budapest’s Puskas Arena for the Group I encounter, with loud boos and jeers heard prior to kick-off as Gareth Southgate’s players took a knee.

Their first game since the Euro 2020 final, England were left frustrated after a cagey opening 45 minutes. But the visitors kicked into gear after the break and Sterling made the breakthrough in the 55th minute.

The Manchester City attacker wheeled off and celebrated with his team-mates, unveiling an undershirt which read, ‘Love you forever Steffie Gregg,’ in tribute to a popular Twitch streamer who recently died.

However, the unsavoury reaction from Hungary’s fans largely overshadowed England’s celebrations as Sterling was pelted with several objects from the stand directly behind the goal.

With around ten minutes remaining of the clash, ITV pitchside reporter, Gabriel Clarke, indicated that monkey chanting had been heard from the ultras section of the ground.

‘There have been missiles thrown and I’m sad to report there has been some monkey chanting from supporters in the ultras section directed, at first, at Raheem Sterling and then at Jude Bellingham when he was warming up,’ he said.

‘I’m not sure whether the players heard any of that but the Hungarian FA have warned fans not to do this. 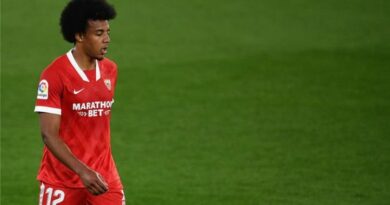 Ole: United will be fine if we ‘recruit smart and blood youngsters’