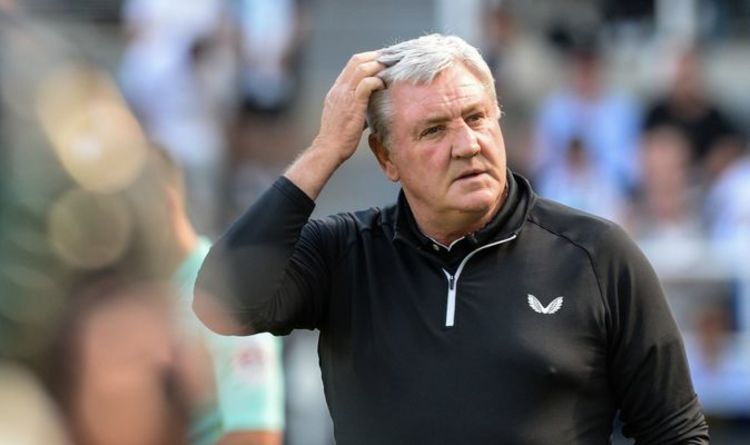 Newcastle United manager Steve Bruce wants to complete a loan signing before Tuesday’s summer transfer deadline, according to reports. Bruce has overseen a poor start to the 2021/22 season, with Newcastle drawing one and losing two of their opening three Premier League games.

The Shields Gazette report that he’s keen to add a new player to his squad on a temporary basis in the closing hours of the transfer window.

But ahead of Saturday’s 2-2 draw against Southampton, Bruce admitted that a player would have to leave the club if another was to arrive.

After the game, he also suggested that the Magpies’ transfer business wouldn’t go down to the wire, all but ruling out any late movement.

His desire to acquire more quality for his squad is apparent, making it clear while speaking to the media on Friday.

He claimed there is no money to spend but explained Newcastle are looking at the loan market following the success of Joe Willock’s stint last season.

“We’re in this situation where, yes, we haven’t got a lot of money. There’s no money to be had,” Bruce admitted.

“However, is there a loan deal like Joe Willock? Look how well he did for us.

“We’ve had one or two who’ve done extremely well. That’s the market we’re looking at.”

Newcastle have made just one signing in the current window, bringing Willock back to St James’ Park.

He returned to Newcastle this summer in a £25million deal, which seems to have used up the entirety of the club’s budget.

Bruce will feel like he needs reinforcements to help turn his side’s difficult start to the season around, with a daunting task ahead.

After the international break, Newcastle must travel to Manchester United, who have started the campaign strongly under Ole Gunnar Solskjaer.

A trip to a jam-packed Old Trafford is usually daunting enough, but Newcastle carry the added burden of welcoming none other than Cristiano Ronaldo back to English football.

The Magpies will need to start picking up points soon rather than later to avoid another unwanted dogfight near the bottom of the Premier League.

Morale is currently low in the north east, and it looks like Newcastle’s transfer business is already done despite Bruce’s desire to sign a loan player.

Cardiff vs Tottenham – Premier League preview: Where to watch, what time, odds and prediction