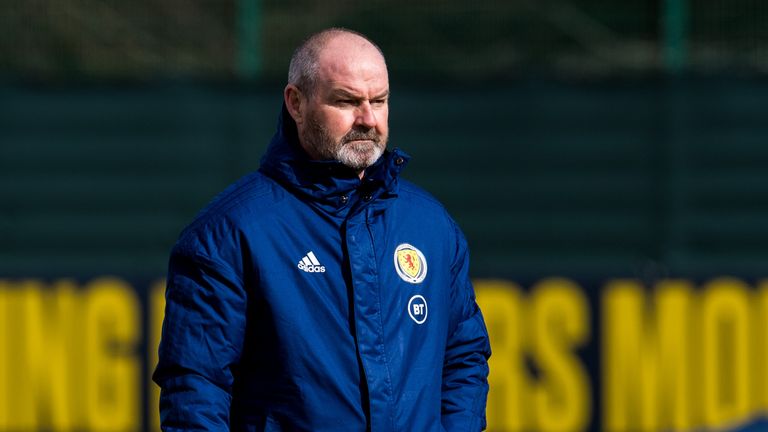 Steve Clarke has hinted he could change goalkeeper for Scotland’s 2022 World Cup qualifier against the Faroe Islands at Hampden Park on Wednesday night.

The Scots have two points from their first two Group F fixtures following a 2-2 home draw with Austria and a 1-1 draw with Israel on Sunday.

But with Israel’s goal, a long-range shot from Dor Peretz a minute before half-time, seeing David Marshall come in for criticism, there has been a suggestion the regular number one could be dropped.

However, the Scotland boss pointed to playing three games in a week as the possible reason for giving a game to either Craig Gordon of Hearts or Rangers number two Jon McLaughlin in what will be the last competitive game before this summer’s delayed 2020 Euros.

“I can use the depth of the squad if I feel it is the right thing to do. I don’t like discussing team selections the day before the game. I never have done.

“I know what my team is, I have it written down and it is in my pocket.

“I know the formation, I know the players and how many rotations there will be but it is not something to share with the general public and the media before the game.”

Schweinsteiger dragged Germany to glory with blood, sweat and tears