Steven Davis admits he has only just begun to understand the scale of his achievement as he prepares to become Northern Ireland’s most-capped player.

Davis stands to earn his 120th cap when Northern Ireland face Bosnia and Herzegovina in Sarajevo on Thursday night live on Sky Sports, eclipsing the record of Pat Jennings that he equalled last month.

The moment has been long anticipated, a topic of discussion as Davis began to draw closer and closer to Jennings’ record last year, but it was not something the Rangers midfielder had given much thought to until recently.

“It is a massive milestone for me,” the 35-year-old said. “I’ve probably downplayed it a little in the past but that’s just in my nature and the way football is.

“You try to concentrate on one game at a time without looking too far ahead.

“Straight after the whistle you think about the next game and try not to dwell too much on things that have gone.

“But having come back from the last trip and having so many messages about equalling Pat’s record, it has given me time to sit back and realise what an incredible achievement it is.”

Davis will not have too much time for ceremony before Thursday’s crunch fixture, a Euro 2020 qualifying play-off semi-final with Northern Ireland potentially 180 minutes away from a ticket to next summer’s finals.

“It does take a lot of hard work and sacrifice to get to this stage but it is an incredible achievement to get to this point and it’s a great game to mark the milestone hopefully,” Davis added. 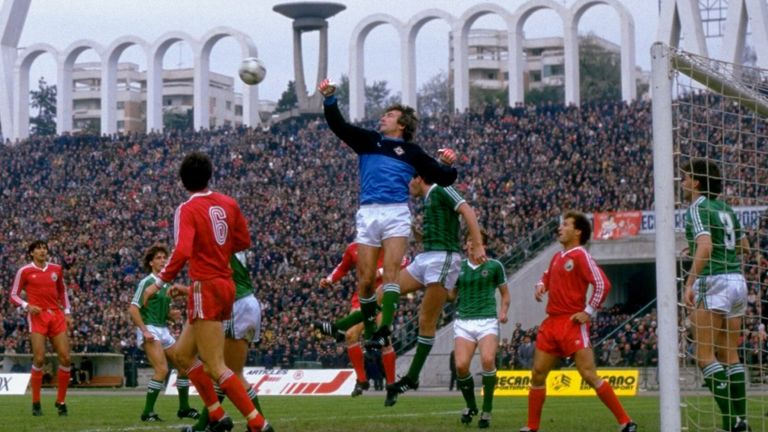 “It’s an important game and one we have been waiting for for quite a while.”

The winner of Thursday’s match – originally due to have been played in March before the pandemic hit – will face either Slovakia or the Republic of Ireland next month for a place at the rearranged Euro 2020.

Northern Ireland will need a change of fortune after their last outing ended in a 5-1 home defeat to a ruthless Norway side, but much of the poor performance has been put down to a lack of fitness in the group, with many players still in their pre-seasons.

“We’ve built our success on being an energetic team and getting in people’s faces but those two games were difficult because of where the group was at,” Davis said.

“Obviously a lot of football has been played in a short space of time since then and a big part of our game will hopefully be back to what it should be.”

Ian Baraclough is certainly counting on that, but the manager said his squad is in a different place this time around with the club season under way and fitness levels up.

“There’s a different feel about the whole place to a month ago,” he said.

“Players are confident in their own ability and their own fitness. Many of them have been playing games for their clubs and feel as if they’re on top of their game.”