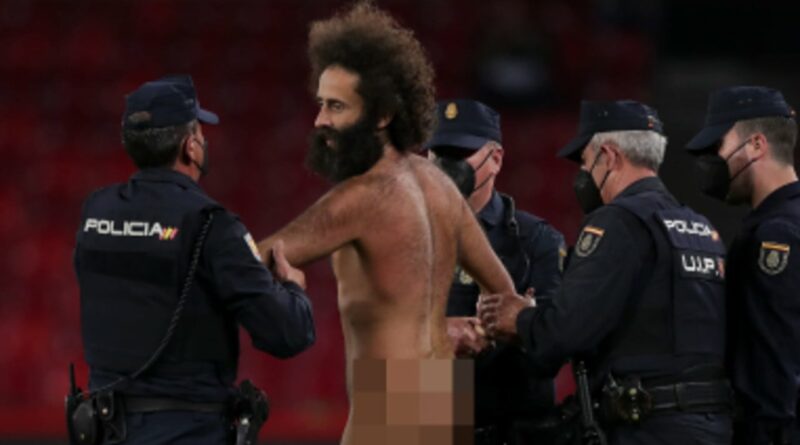 When Olmo Garcia revealed himself to the world during Manchester United’s Europa League game Friday, the people of Granada could be forgiven for having seen it all before.

On a famous night for the LaLiga club against such a big English club, the game had only reached the sixth minute when it was interrupted by a streaker.

The man raced across the Estadio Nuevo Los Carmenes pitch before taking a tumble and being arrested by police.

But it would not have taken long for the authorities to identify the perpetrator, who has reportedly been arrested 15 times in the last few months alone, according to The Sun.

Garcia, 37, is something of a local celebrity in Granada and is often seen baring all on his walks around the city.

In the summer of 2016, he was inspired to live life in the buff during a trip across the Americas.

And this way of life culminated in Thursday’s demonstration that took some time to prepare.

According to Granada newspaper Ideal, he snuck into the ground at 9am on the day of the game and hid under a tarpaulin for 14 hours before emerging once the game had kicked off.

A field invader wearing shorts and a pink swimsuit took to the field during Super Bowl LV between the Tampa Bay Buccaneers and Kansas City Chiefs on February 7….

A field invader wearing shorts and a pink swimsuit took to the field during Super Bowl LV between the Tampa Bay Buccaneers and Kansas City Chiefs on February 7.

The game, played behind closed doors, was briefly paused before Manchester United saw out a 2-0 win.

Garcia has previously spoken of being met with angry responses from passers-by in the streets, and does occasionally dress up.

Security forces walk towards a streaker who invaded the pitch during the UEFA Europa League football match between Granada FC and Manchester United.Source:AFP

The Europa League outing will have been somewhat familiar territory for the nudist as he runs a sports nutrition business.

And he explained to Ideal in 2016 his passion for environmentalism, sustainability and world peace.

He said: “I had always thought about doing it, but never had the courage and confidence.

Streaker Olmo Garcia with some pants on. Instagram @guerreroolmoSource:Instagram

“Going naked has psychological benefits. It is a way to claim purity, peace, to show that when you take off your clothes you are more sincere with everything that surrounds you.

“I don’t bother anyone and I think it is good for society.

“Peace in the world, for me, is harmony, good words, a planet without ageing, a world without death.”

— This story originally appeared in thesun.co.uk and has been republished with permission 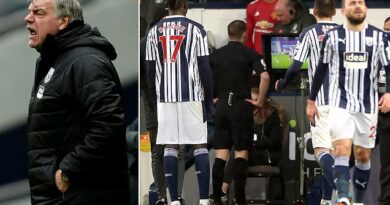 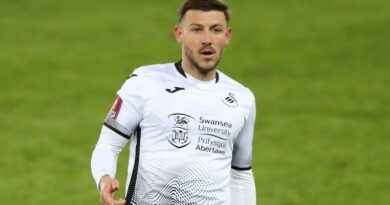