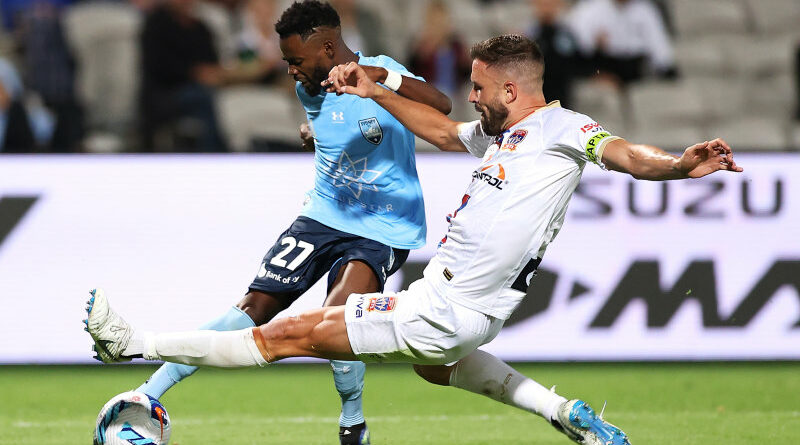 Sydney FC rediscovered their attacking rhythm but there are still no blue skies on their horizon after a 2-2 home draw with the Newcastle Jets left them winless three games into the season.

The Sky Blues surrendered a two-goal lead courtesy of a second-half collapse as last season’s runners-up endure their worst start to a season in more than a decade. Jets winger Valentino Yuel was the chief antagonist for Sydney, scoring two stunning goals to cancel out first-half strikes from Adam Le Fondre and Elvis Kamsoba. And there was still time for some late controversy as Sydney were denied a winner by the VAR. 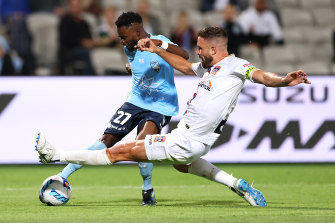 If there was any solace for the Sky Blues, it was that they showed their attacking nous hasn’t evaporated completely despite failing to score in their opening two games. Among the concerns for the A-League Men’s most successful side is defence in transition. Yuel punished Sydney with two swift counter-attacks.

Sydney coach Steve Corica shrugged off concerns their style had turned stale but sharpening their previously toothless attack had clearly been a priority in training before their third league game this season. They came out firing. The quick movement, passes and exchanges were back but, more importantly, their fervent press, too. The combination brought about an early opener.

Midfielder Paulo Retre won the ball with an incisive interception, then Le Fondre went through on goal only to be fouled by Jets goalkeeper Jack Duncan. From the spot, Le Fondre sent Duncan the wrong way to make it 1-0.

The Sky Blues took a firm grip on the contest and doubled their tally after the half hour, with Retre and Le Fondre turning providers. Retre again put Le Fondre into space with a long pass. The veteran striker seized on generous marking from Newcastle’s Matt Jurman to supply a pin-point delivery across the face of goal for Kamsoba to tap into an unguarded net.

Corica clearly wasn’t content with either the lead or the performance and the Sky Blues were more aggressive after the break. However, their focus perhaps should have been more conservative. With one swift counter-attack on the hour, the Jets pulled themselves back into the contest. Daniel Penha’s clever through ball to Yuel split Sydney’s defence, and the Jets forward slammed the ball into the bottom corner of the net.

Five minutes later, Yuel silenced Kogarah. The winger received a cross-field pass, looked up at Socceroos fullback Rhyan Grant and took him on. Yuel jinked one way, then the other and finally a third turn opened just enough room to blast the ball into the roof of the net.

The Sky Blues were shell shocked – but only momentarily. They surged forward for a winner and, for a minute, they thought they had it. Le Fondre turned in Patrick Wood’s cross to spark wild celebrations from the home fans only for the VAR to turn that joy into vitriol by scrapping the goal. Wood was deemed to be offside, despite a Jets defender playing at the ball, in turn keeping the Sydney striker onside. The hosts’ protests fell on deaf ears and they were forced to settle for a point having previously looked certain to take all three. 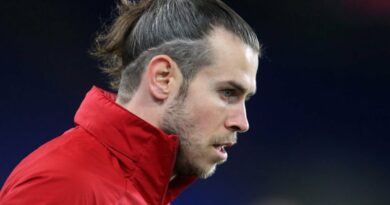