There should be “no debate” on whether players should continue to take the knee, according to union boss Maheta Molango.

The gesture has been part of Premier League football since the competition resumed in the summer of 2020 amid the coronavirus pandemic, following the death of black man George Floyd at the hands of police in the United States in May of that year.

Its critics say it has political overtones, and link it to the Black Lives Matter movement, but Molango, the Professional Footballers’ Association chief executive, says it is simply an expression against discrimination of all forms.

“For us it’s not about politics. I think some people are willing to drive this into a political discussion – it is not,” he said at the Leaders Week sports business conference in London.

“This is about, is it right in the 21st century that somebody needs to hear homophobic comments in the stadium and women are treated differently to men?

“It’s not just about racism. Racism is just one part of it, but it is just unacceptable in the 21st century that certain people behave in a certain way.

“England has led the line in sparking this discussion, about race and other things and I’m very proud to be representing people who have had a discussion that other countries do not debate at all.

“For us, there is no debate. It is not about politics, it is just a stand against discrimination and it’s the right way to communicate it to people.” 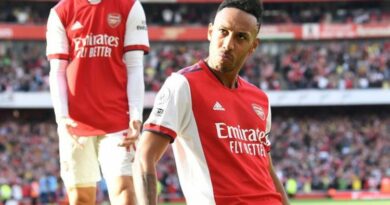 Pep Guardiola: Manchester City boss admits his side are still far away from Liverpool