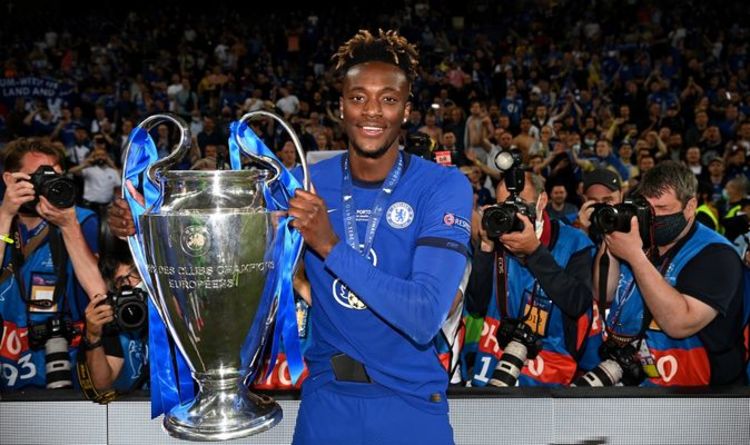 Tammy Abraham is ‘resigned’ to leaving Chelsea this summer as the Blues target a new striker in the summer transfer window. The Chelsea striker was left out of the matchday squad to face Manchester City in the UEFA Champions League final, with two goalkeepers named on the 12-man bench ahead of the 23-year-old.

Abraham scored 15 goals in 34 Premier League appearances last campaign but only started 12 Premier League matches in the 2020/21 season and found opportunities hard to come by.

Last year’s arrival of striker Timo Werner saw the Chelsea academy graduate fall down the pecking order at the club, meanwhile the appointment of Thomas Tuchel also did little for Abraham’s hopes of regular game time.

Abraham did not feature in any of Chelsea’s knockout Champions League matches and was also omitted from the club’s matchday squad for the semi-final and final of the FA Cup.

Despite winning the Champions League, Tuchel is now planning to take the Blues to the next stage as a club and is targeting a Premier League title challenge next term. 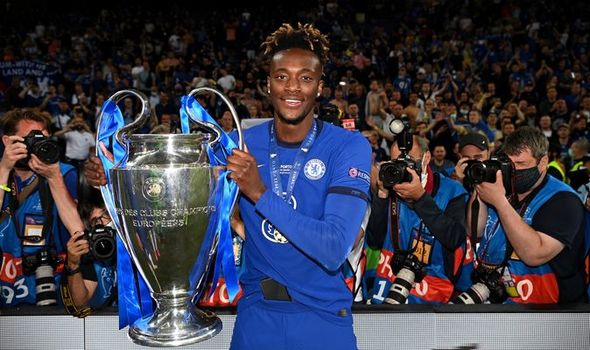 Romelu Lukaku, Erling Haaland and Harry Kane have all been listed as possible signings for the London club, who last won the league in the 2016/17 season.

Chelsea will look to offload fringe players in order to free up transfer funds and the Evening Standard have claimed they are hoping to receive £45million for Abraham.

West Ham United and Leicester City are interested in completing a deal for the London-born forward, who has two years remaining on his current deal at Stamford Bridge.

Tuchel is in line for a new contract at Chelsea and will be trusted by Chelsea owner Roman Abramovich to further improve his squad in the upcoming transfer window.

Asked what was next for his current group of players after tasting success in Porto on Saturday, the former PSG boss said:

“Obviously we have a strong group, a strong bond, that can defend as a unit which is a huge part of football and have answers for questions in the game. They have a huge energy in the game and can deliver under pressure.

“The level is now set from when the celebrations are over and when we have digested this experience, it is the moment to evolve and to use it, become better to learn. It is absolutely crucial. We have young players, now it is a big challenge to stay hungry and go for the next one.”

Bordeaux confident Arsenal captain Koscielny is desperate to join them