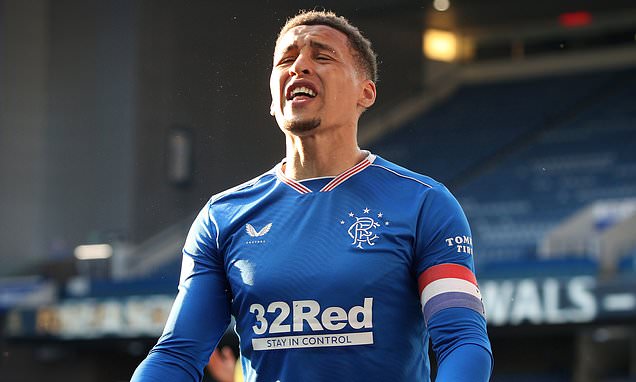 James Tavernier could not think of a better game than Sunday’s Old Firm clash to wash away the pain of Rangers’ Scottish Cup heartbreak.

The Ibrox captain thought he had kept the Light Blues’ double dreams alive in last week’s quarter-final thriller with St Johnstone when he popped up four minutes from the end of extra time to head home his 18th goal of the season.

But the drama was not done there and Saints keeper Zander Clark raced forward in injury time to produce an unlikely assist for Chris Kane’s equaliser. 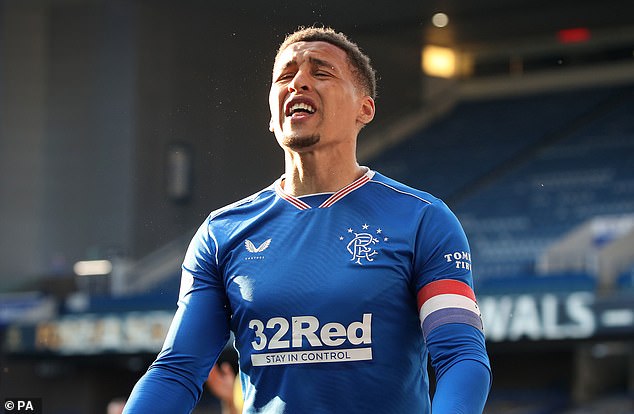 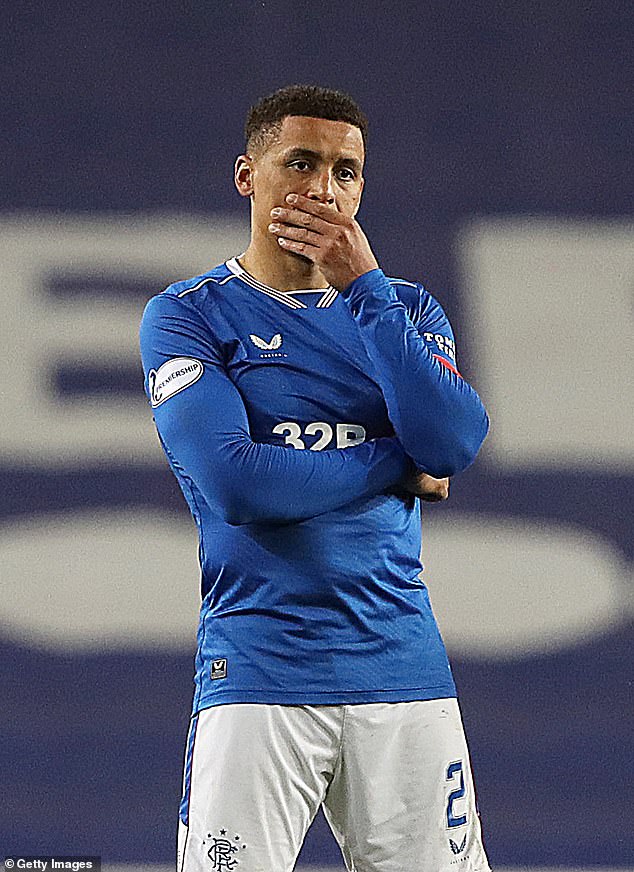 The heroic Perth number one then saved two spot-kicks in the shoot-out – including Tavernier’s opener – to send Callum Davidson’s team to Hampden.

It was another tale of woe for Steven Gerrard in domestic cup competitions as the Rangers boss failed for the sixth time since taking over at Ibrox to take his team all the way.

But the Premiership champions still have a blemish-free league season to complete and Tavernier hopes his team can take another huge step towards that when they welcome Celtic to Govan.

He said: ‘As a Rangers player, no matter what part of the season or even if it’s a friendly – you always want to win a game and our objective this weekend is to get maximum points.

‘That’s what’s required of us and that’s the standards we’ve set ourselves this season so we want to finish the campaign off strong and we’ll give it our best on Sunday.

‘The mentality comes from the foundations from the years we’ve had together. The additions who have come in have added that quality but the mentality from the get-go is from hard work and listening to what the gaffer and coaching team want us to do on game day.

‘It’s about being fully focused with what’s in hand. The Old Firm games usually take care of themselves and all the boys are raring to go and we can’t wait until Sunday.

‘It’s the perfect game to go into coming off the back of being knocked out of the cup.

‘It’s football. We got beat in a penalty shoot-out. In a normal game, normal day we would have come out of that game with a draw so it’s one of those things that’s happened, it’s in the past, we’ve reflected on it this week and we move on. 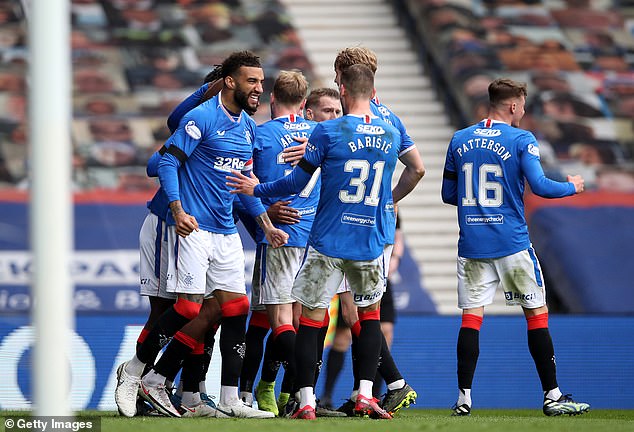 ‘When you come to Rangers you want to win every single game and three defeats in 53 games is some achievement and it just shows how much desire and consistency they’ve put into this season and that they’ve continued that after we’ve won the league.

‘We want to try and finish off the season strong with three games to go, we can’t wait for the Old Firm and then the two games after that.’

Tavernier is enjoying the season of his life, having not only led Gers to their first title in a decade but also hit a career-high goals tally.

But he is not done there as he targets passing the 20-goal mark.

‘Before last week’s goal I matched my own record here and I was thinking I had to beat it and get 18.

‘I had a few questions from the other boys why I was in that position to head home last Sunday.

‘I will try and get more and help the team as best I can. I’m just happy I’ve contributed quite a bit this season.’ 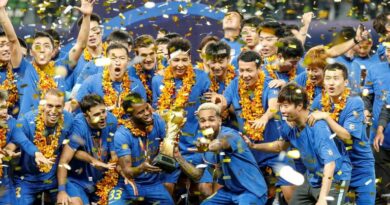