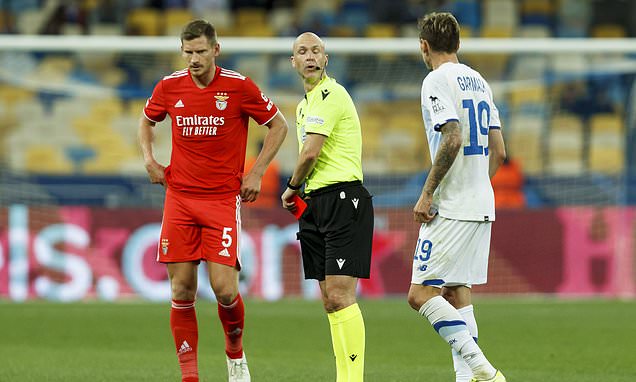 Premier League ref Anthony Taylor gives Dynamo Kiev midfielder Denys Garmash his marching orders after dishing out what he thought was a second yellow card… before realising he hadn’t booked him before!

The game ended in a goalless draw, but the key talking point was a mishap from Taylor, who mistakenly gave Dynamo Kyiv midfielder Denys Garmash a second yellow card and subsequently a red card.

After protestations from Garmash, Taylor realised that he hadn’t previously booked the 31-year-old. 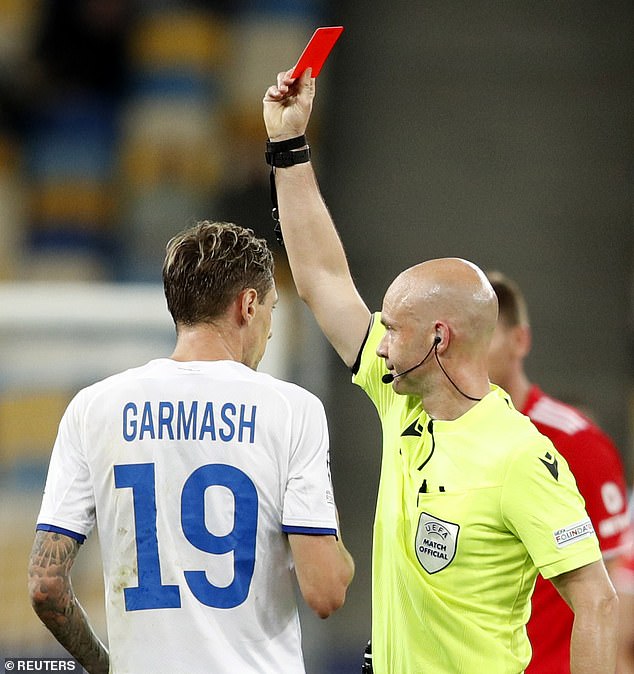 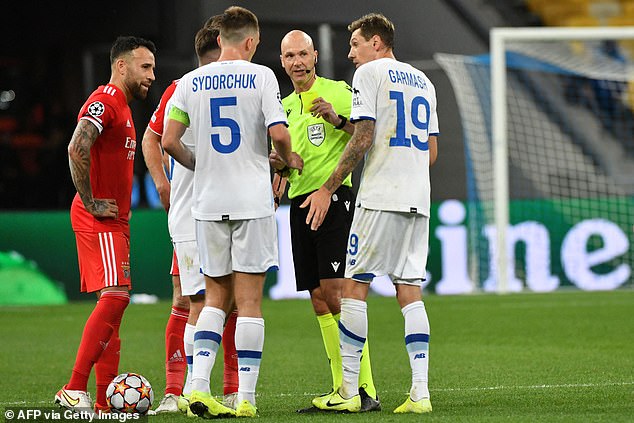 Taylor subsequently took the red card back, with Garmash only getting a booking and playing on in the encounter.

The 42-year-old Taylor has refereed in the Premier League since 2010 and has been FIFA listed since 2013.

His next assignment will be the Premier League game between Burnley and Arsenal on Saturday.

In the summer, Taylor earned plaudits from across the footballing community for his quick-thinking when Christian Eriksen had a cardiac arrest on the pitch in Denmark’s Euro 2020 match against Finland.

‘I was 10 metres away, looking directly at him. There was nobody near him. I could clearly see there was something seriously wrong,’ Taylor told Sportsmail in an interview in August.

‘I’ve witnessed someone suffer a sudden cardiac arrest before, when I was refereeing Burnley and Newcastle. One of my colleagues, Eddie Wolstenholme, had a cardiac arrest in the changing room.’

But in the unforgiving world of social media, Twitter users were quick to pile in on Taylor’ oversight. One wrote: ‘Terrible refereeing from a Premier league regular? Imagine my shock.’ 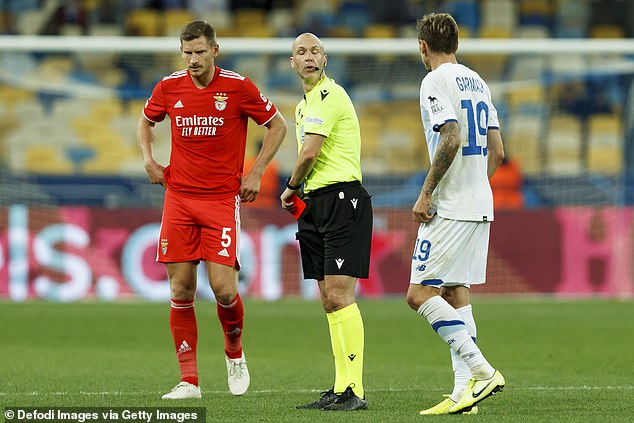 Another wrote: ‘We literally have the worst refs, totally incapable.’

Another added: ‘How is that man still refereeing football matches’ 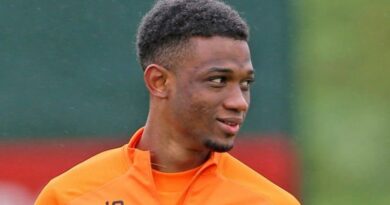 FIFA and UEFA throw support behind Jadon Sancho and other protesters 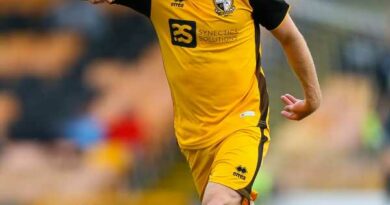