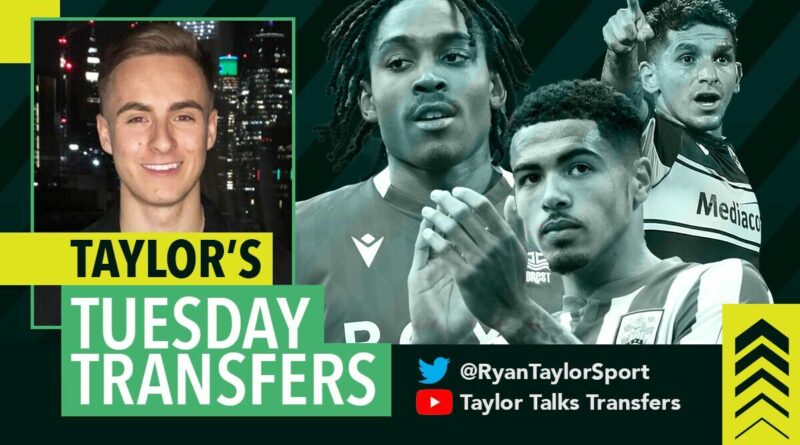 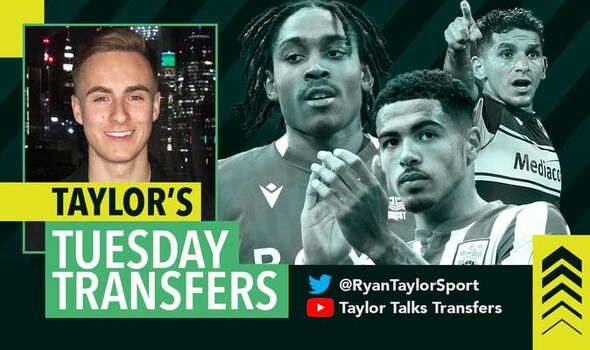 After a pulsating climax to the Premier League season, the transfer window is now officially finally open for business. Throughout the entirety of the summer, my column will be back every Tuesday morning on Express Sport at 9am, where you can read all about what’s going on at your club – in the same place. Don’t forget to subscribe to our daily transfer newsletter, whilst you can also keep posted with updates on my Twitter account @RyanTaylorSport and YouTube channel here…

As reported on June 5 on Express Sport, Tottenham are set to firm up their interest in Djed Spence with a £20million bid for the marauding 21-year-old Middlesbrough right-back.

Spence has been away on international duty with England U21s but an opening offer is now anticipated following the conclusion of Lee Carsley’s side’s schedule.

There is optimism £20m would be enough to strike an immediate agreement with Boro, who will reinvest that figure into their squad to launch another promotion push under manager Chris Wilder.

Should Spurs be successful in their attempts to land Spence, Tottenham are expected to consider offers for Emerson Royal less than a year after signing the Brazilian from Barcelona in a £26m deal.

The Blues are yet to make a decision on the future of the 19-year-old, who could yet be part of Thomas Tuchel’s first-team squad next season at Stamford Bridge following an impressive loan spell with Huddersfield.

Colwill has attracted the attention of several Premier League clubs including Arsenal, Southampton, Leicester, Fulham and Brighton, but ex-Chelsea boss Frank Lampard is prepared to push for a summer deal despite the recent capture of James Tarkowski from Burnley.

Chelsea are expected to cast an eye over Colwill in pre-season before entertaining any proposals they receive for the player.

A permanent sale seems unlikely at this stage but a Premier League loan with assurances of regular playing time could be of huge appeal, providing Tuchel doesn’t keep hold of his defensive gem.

Everton are looking to upgrade their options at centre-back and will entertain offers for injury-prone Yerry Mina this summer.

Steven Bergwijn is determined to return to Holland with Ajax this summer but the Eredivisie champions are reluctant to match Tottenham’s £25m-£26m asking price.

Spurs are keen to recoup the £26.7m fee they paid PSV Eindhoven for the winger in January 2020 but Ajax are yet to raise their offer from £17m.

Louis van Gaal has urged the player to join Ajax “as soon as possible” in order to maximise his chances of making Holland’s World Cup squad for Qatar but Spurs are continuing to play hardball as they await a serious proposal.

Other clubs have now entered the fray, as confirmed by Bergwijn while away on international duty. He told De Telegraaf: “Several clubs have come forward. Now I just have to find a solution for myself that benefits both parties. I’m leaving.”

Everton have been mooted as realistic suitors and Tottenham’s interest in Richarlison proposes the hypothetical prospect of a potential swap deal.

But Ajax remain Bergwijn’s preferred destination of choice, as he waits patiently for the Dutch champions to return to the table with an improved offer.

Lucas Moura is also keen to see out the final two years of his Tottenham contract, although Spurs would be willing to listen to offers for the 29-year-old Brazilian, providing the money was right.

Arsenal are becoming increasingly frustrated with Fiorentina in their attempts to sign Lucas Torreira on a permanent basis.

The Uruguayan international, who has just one year remaining on his current deal in north London, enjoyed an excellent loan spell with La Viola last season in Serie A – winning three of the club’s Player of the Month awards.

Fiorentina had initially agreed a £13m option to buy Torreira as part of the initial loan agreement but due to limited finances, they are yet to trigger the clause.

Instead, Fiorentina have offered a mere £6m/£7m which has been dismissed by disappointed Arsenal chiefs.

Torreira has laid on record that his preference is to rejoin Fiorentina permanently but unless they raise their offer, he could be forced to explore other avenues.

“My idea is to stay at Fiorentina, but if [a move] doesn’t happen, I’ll search for a club where I can play regularly,” the 26-year-old said.

“I am not thinking about anything at the moment, I want to rest a little because it was a busy season. I’ll meet my agent at the right time and we’ll make the best decision.”

Arsenal have already handed attacker Gabriel Martinelli Torreira’s No 11 shirt for the 2022/23 season and the Gunners remain set on selling the combative midfielder this summer.

Fulham were initially confident of completing the signing of Albanian international goalkeeper Thomas Strakosha on a free transfer from Lazio before the move hit an unexpected snag.

Express Sport understands that super-agent Pini Zahavi, who had been working on the Cottagers’ deal to sign another client Manor Solomon from Shakhtar Donetsk with fellow representative Shlomy Ben Ezra, became reluctant to broker a transfer for Strakosha following the initial collapse of the Israeli international winger’s move to west London.

Back in April, Solomon had agreed to join Fulham for around £6.4m (Shakhtar were also set to receive 15 per cent future sale profit) before complications put the deal at risk of collapse.

The unwanted knock-on effect for Fulham was that their separate move for Strakosha also stalled due to tensions between the two parties behind the scenes.

While the 27-year-old shot-stopper remains one of several goalkeeper targets for Marco Silva, he could now move elsewhere as the Cottagers continue dialogue with Arsenal over the potential signing of Bernd Leno.

Fulham have now revived their deal to sign Solomon though and the 22-year-old is expected to seal his move to Craven Cottage as soon as this week. Whether that reignites their chances of landing Strakosha, remains to be seen.

Beale, who has been replaced by former Blackpool boss Neil Critchley at Villa Park, was an integral part of Gerrard’s backroom staff and had previously been described by goalkeeper Emiliano Martinez as a “second manager” due to his influence on the group.

Now Beale has opted to pursue his own managerial venture in the Championship and Villa are expected to provide him with a helping hand, should he wish to sign any of the club’s talented young stars.

That includes England U-21 international Cameron Archer, who has not been short of interest after rattling in seven goals in 20 appearances on loan at Preston in the second half of last season.

Jaden Philogene-Bidace, Tim Iroegbunam, Kaine Keller Hayden, Louie Barry and Keinan Davis (there is also serious interest from Nottingham Forest) could also potentially be up for grabs, although Villa are seemingly reluctant to rush into any decisions.

Gerrard wants to monitor the likes of Archer and Iroegbunam in pre-season before deciding whether to send them out on loan, as there is widespread confidence they have what it takes to make the grade with the first team.

Therefore, potential moves may only materialise in the closing stages of the summer transfer window.

Manchester United vs Rochdale: Five things we learned as League One side scare Ole Gunnar Solskjaer