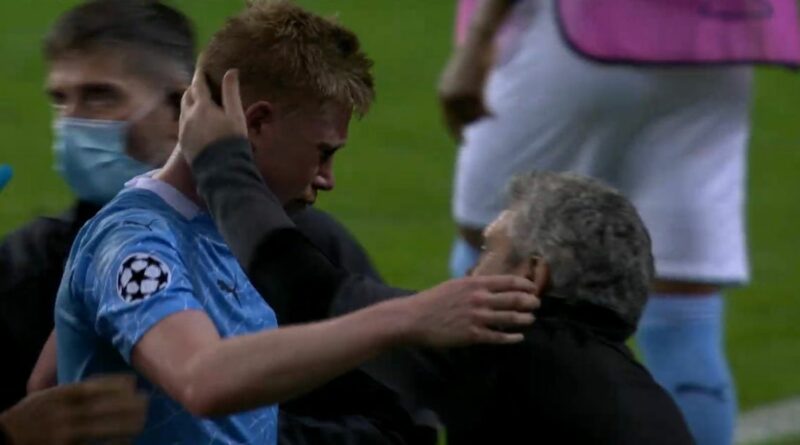 Manchester City star Kevin de Bruyne was forced off from the Champions League final after suffering a black eye.

De Bruyne was obstructed by Chelsea star Antonio Rudiger, with the defender booked for his challenge.

But while Rudiger could carry on, De Bruyne was forced off the field and looked visibly upset as he made his way off.

As he made his way back to his feet, the Belgian could be seen with a black eye while medical staff protected his neck.

De Bruyne had struggled to make an impact on the final with Chelsea taking a half-time lead thanks to Kai Havertz's goal.

There was thoughts that De Bruyne may have suffered concussion as he looked shaken following the challenge.

Chris Sutton said on BBC Radio 5 Live: "If there is any slight concern of concussion for Kevin de Bruyne, they had to take him off."

Gabriel Jesus replaced De Bruyne as City changed up their system by introducing a striker.

De Bruyne had acknowledged that City players may be criticised if they lose, despite their domestic success.

“We're all competitors and we all want to win. We players understand the magnitude, if we win we're heroes, if we lose we're almost failure,” De Bruyne said in the press conference ahead of the final in Porto.

“To get to this stage is incredibly well done for the team and individual, to lose is something you don't want to experience but it happens.”

And when asked if success would put him as the greatest player in the world, De Bruyne added: “It's going to decide that but we as players don't have any influence in this.

"Sometimes you can have a brilliant game and be on the losing side but to be in for these individual awards you need to win things.

“I’m happy with who I am as a player so I am comfortable whichever way it goes.” 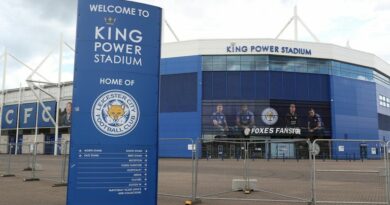 Leicester announce £67.3m pre-tax losses for year ending May 2020 due to early impact of Covid-19