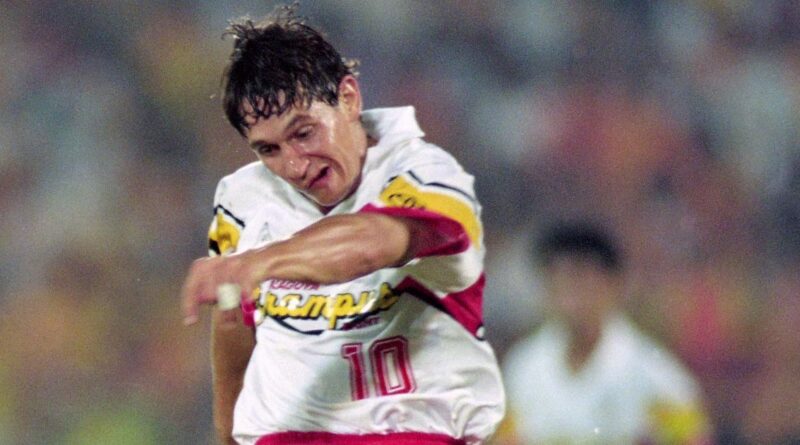 While Japan may be synonymous with karate and sumo wrestling when it comes to sport, the land of the rising sun has seen its fair share of footballing superstars over the years, too.

From Gary Lineker to Andreas Iniesta, numerous household names have taken the plunge of heading to the Far East to play the beautiful game in the more obscure surroundings of the J League.

Japan was even home to a certain Arsene Wenger before he embarked on creating a history-making dynasty at Arsenal.

While the J League may not receive the financial backing and global attention of that of the Premier League, that hasn’t stopped some of football’s biggest names from plying their trade on Japanese shores.

With that in mind, Daily Star Sport takes a look at ten footballing heroes that may have evaded your attention as they took their talent over to Japan.

Before calling time on his illustrious career in 1994, former World Cup Golden Boot winner Lineker had one last hurrah over in Japan.

Signing from Spurs for £2million, Lineker hit the headlines when he joined Nagoya Grampus Eight in May 1992, three years before Wenger would take the reins there.

The former Leicester, Everton, Barcelona and Tottenham striker only netted eight times in 24 appearances in two injury-ravaged years before hanging up his boots and picking up the microphone instead.

Widely regarded as Bulgaria’s greatest ever player, Stoichkov was another former Barcelona legend who spent a short spell of the 90s over in Japan.

In 1998, Stoichkov joined Kashiwa Reysol where he spent two seasons playing in the J League.

The Bulgarian forward struck 13 times in 29 outings before spending his twilight years over in the soccer graveyard of the MLS with Chicago Fire and D.C. United.

HAVE YOUR SAY! Who is the greatest player ever to feature in Japan's J League? Join the debate below

In more recent years, the J League has been home to one of Barcelona’s legends of the modern era: Andreas Iniesta.

The 2010 World Cup winner has flourished in the Far East where he currently still plays having ended his 22-year stay with Barcelona when moving to Vissel Kobe in 2018.

The 37-year-old captains the Cows these days and has become a club icon after guiding them to their first ever silverware in the form of the 2019 Emperor’s Cup and then the 2020 Japanese Super Cup.

The ex-Arsenal centre back joined Iniesta in Japan in 2019, one year after the Spaniard’s arrival, and has gone on to make over 50 appearances for his current club.

In arguably his most eventful showing, Vermaelen was one of nine consecutive players to miss their spot-kicks in the penalty shootout of the 2020 Japanese Super Cup final, before teammate Hotaru Yamaguchi eventually netted the decisive strike to secure more silverware for Vermaelen and Vissel.

Prior to Iniesta’s arrival, Lukas Podolski was the original Vissel Kobe star man having joined in 2017 from Turkish side Galatasaray.

The former Arsenal forward netted 17 times during his 60 appearances spread over three J League seasons and was a key component in Vissel Kobe’s victorious 2019 Emperor’s Cup team alongside Iniesta and Vermaelen.

Podolski departed the club shortly after helping them to their first crown, heading back to Turkey with Atalyaspor and then fulfilling a lifetime dream of playing for boyhood club Gornik Zabrze in Poland.

Japan’s Arsenal links don’t end there either as former winger Freddie Ljungberg was another ex-Gunner to briefly play over in the J League.

With his career coming to an end, the Swede linked up with Japanese outfit Shimizu S-Pulse in September of 2011 after a short stint in Scotland with Celtic.

Ljungberg’s Shimizu stint was even shorter as he failed to find the net in a meagre eight appearances before mutually parting ways with the Japanese side after only six months.

The Spanish striker only spent one season in the J League, but one season was all the prolific forward needed to leave his mark.

Another of Vissel Kobe’s star-studded 2019 Emperor’s Cup winning side, David Villa found the net 13 times during his 28 J League outings.

Having announced he would bring a glittering 19-year career to an end with Vissel Kobe, the former World Cup winner netted the last club goal of his career in a final day J League 4-1 triumph before making a late cameo in the Cup final success.

Not a bad way to bow out.

The former Manchester United flop experienced a rather turbulent time during a two-year stint with Cerezo Osaka after joining from Brazilian side Internacional in 2014.

The Uruguayan’s spell in Japan began brightly with Forlan netting some crucial strikes in the Asian Champions League as Cerezo made the knockout stages, but the season soon turned sour.

Much was expected of his link up with current Liverpool star Takumi Minamino but the pair struggled as Cerezo suffered a shock relegation and Forlan was left to languish in Japan’s second division the following season but a teary farewell and a move back home to Uruguayan side Penarol.

Villa’s former Spain strike partner Torres was another major name to head to the Far East in recent years, teaming up with Sagan Tosu in 2018.

An ageing El Nino decided to hang up his boots after his second season with the club having only found the net seven times in 40 appearances as he showed form more akin to his struggling Chelsea days than those of his clinical Liverpool career.

In a fitting farewell, Torres played his last club match against former Spain teammates Andreas Iniesta and David Villa. However, not so fittingly, Torres bowed out on the back of a 6-1 defeat as Vissel Kobe hit Sagan Tosu for six.

Unlike the others on this list, Hulk made a name for himself over in Japan during the early stages of his career rather than in his twilight years.

And unlike the rest, Hulk featured for multiple Japanese clubs in Kawasaki Frontale, Consadole Sapporo and Tokyo Verdy.

If 26 strikes during a loan stint at second division side Consadole Sapporo in 2006 wasn’t impressive enough, a 2007 loan spell at Tokyo Verdy in the same division saw the Brazilian powerhouse hit 37 goals in 42 matches before his goalscoring exploits led to Porto signing him up.

Sadly, the rather amusing idea of Givanildo Vieira de Souza earning his Hulk nickname as a result of Tokyo Verdy’s green shirt adorning his muscular physique was all poppycock – his father just loved the Lou Ferrigno series. 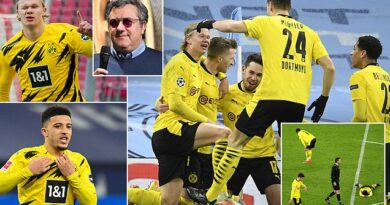 Why it's make or break for Borussia Dortmund against City tonight 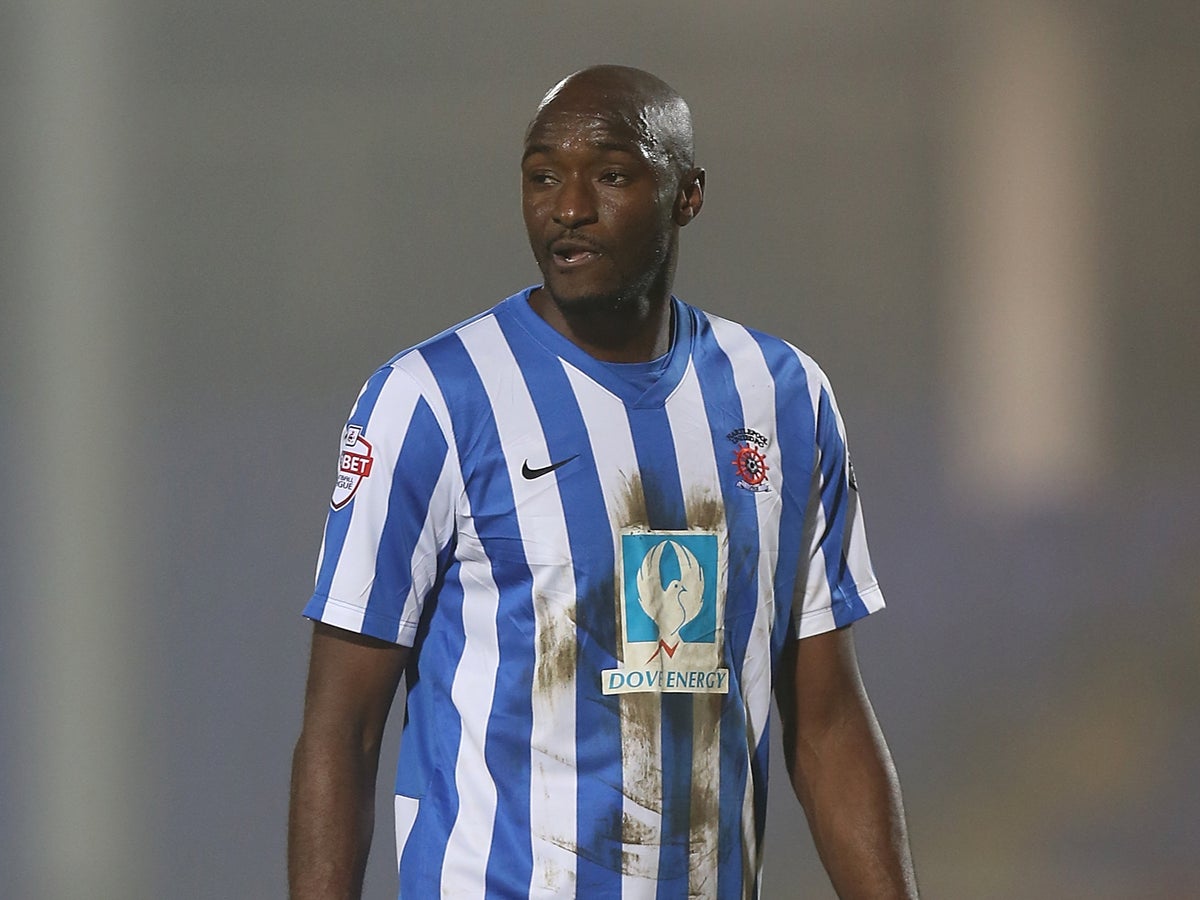