Marcus Rashford may only be 23 but he has already played a whopping 271 times for Manchester United, scoring 88 goals.

That is more appearances than the likes of Edwin van der Sar, Steve Bruce and Ashley Young – who had all been at the club longer.

It speaks volumes that three managers – Louis van Gaal, Jose Mourinho and now Ole Gunnar Solskjaer – have made the striker a key part of their squad.

And the story of his debut is almost folklore now, back in 2016 when Rashford was just 18 he stepped up against Danish club Midtjylland in the Europa League to take the place of an injured Anthony Martial, who was crocked in the warm-up.

The unknown talent would go on to score twice, kickstarting a career that no-one saw coming – not even him.

What people might not know is that Rashford was not supposed to even be included in the squad that day at all.

That spot would have gone to Will Keane, who at 23 was in last-chance saloon at Old Trafford but had been ruled out with a groin injury.

He told Planet Football: “I was involved in a couple of games. I came on in the FA Cup and I injured my groin.

"I was out for another three or four months. It felt like my last chance to break into the first-team squad had come and gone.

“Marcus Rashford played that week in the Europa League. He got a couple of goals, and then a couple more against Arsenal.

“Obviously nothing against him, and he was always going to break through.

"But at the time you’re thinking, ‘Oh, if I wasn’t injured, that could have been me’. At that point, I knew I had to start thinking about my career beyond United.”

Keane has reason to feel rueful – in 2010 he was awarded the prestigious Jimmy Murphy Player of the Year award – a trophy that had been won by the likes of Ryan Giggs, Paul Scholes and Wes Brown before him.

A free-scoring forward, there was a lot of noise coming out of the United academy that this talented young man could be their next big hit from the reserves.

A series of failed loan moves hampered by injury dogged the striker down, though, and it was that summer of 2016 when Keane thought enough was enough.

He would join up with Sir Alex Ferguson’s old assistant Mike Phelan at Hull City, but another knee ligament injury ruled him out for over a year.

Now at Wigan Athletic, the 28-year-old believes he has found a home where he can play regularly and has 11 League One goals this season.

He added: “It was good to finish the season strongly and get a few goals. I know I’m capable of that. I just want to build on that next year and go again, knowing that I’ve got a lot more to give. I’m still only 28. I’ve had a couple of good years fitness-wise. Touch wood, I can keep that up and keep progressing.

“I’m at the age now where I just want to be playing regularly and enjoying my football, especially with all the setbacks I’ve had in the past. I don’t want to put too much pressure on it, but I’m still confident I’ve got the capabilities. You see examples, like Jamie Vardy, who don’t get into the Premier League until late, so you never know.” 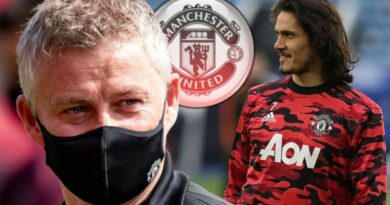