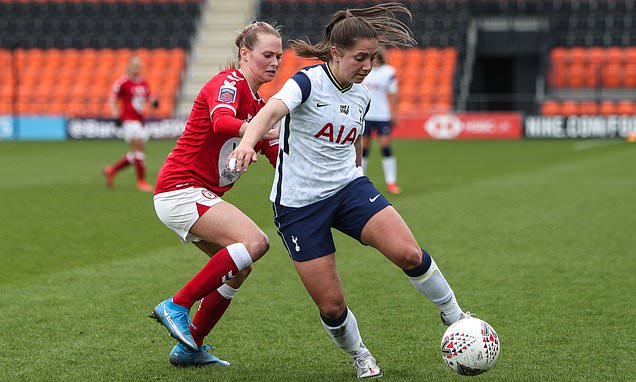 The FA will on Monday herald the deal, first revealed by Sportsmail on March 9, which will bring the WSL broadcasting revenues for the first time.

The new three-year rights contract will see Sky Sports and the BBC share coverage from next season. It is thought the deal will bring in £7million a year for the WSL, with an annual value of £8million when the free promotional activity Sky will undertake is factored in.

The US women’s national basketball league (WNBA) deal with ESPN is worth £18million a year. But this is still a hugely significant moment for British women’s football. 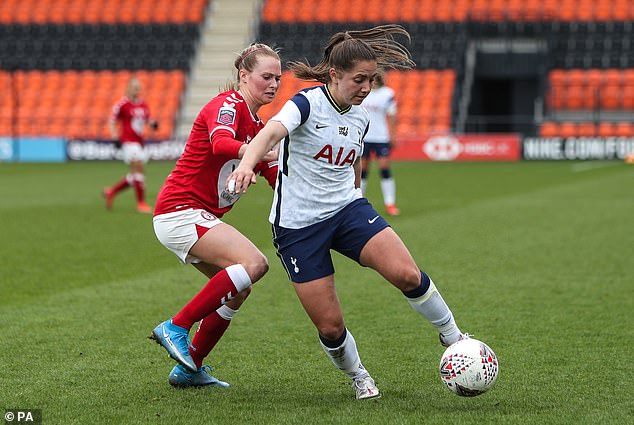 The money will be split 75/25 between WSL clubs and the second tier Championship, though will not reach the third tier. Some will go on bringing broadcasting facilities up to scratch and improving pitch quality.

Sky’s involvement will commercialise and promote the WSL like never before: ‘monstering the whole thing up’ to quote one FA source.

Sky will broadcast two games a weekend. The BBC will screen one, mostly on BBC2 but four per season on BBC1. The BBC’s commitment to screen 18 of its 22 games a season across BBC1 and BBC2 brings huge WSL visibility. 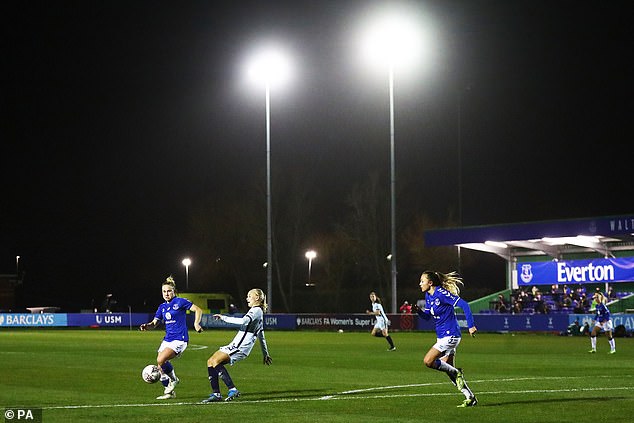 The deal is worth £7million a year, with Sky and the BBC showing three matches each weekend

There will be four broadcasting slots: 6.30pm on Friday, 11.30am on Saturday and 12.30pm and 6.30pm on Sundays. Sky, who get first pick, could roll WSL into its prime Sunday afternoon Premier League coverage.

The deal does not make the WSL clubs financially sustainable. To win the Champions League, Manchester City and Chelsea must continue to rely on their parent clubs’ investment.

The FA anticipates a ‘significant lift’ on the peak weekly audiences in the ‘low hundreds of thousands’ which make the WNBA and NWSL the world’s most viewed women’s sports leagues. But the FA accepts that back-up pitches must be provided by clubs and that media facilities and access must improve. Despite the need of profile, access to some WSL’s clubs remains tougher than their Premier League counterparts.

Zidane rails against criticism of his Real Madrid selection policy