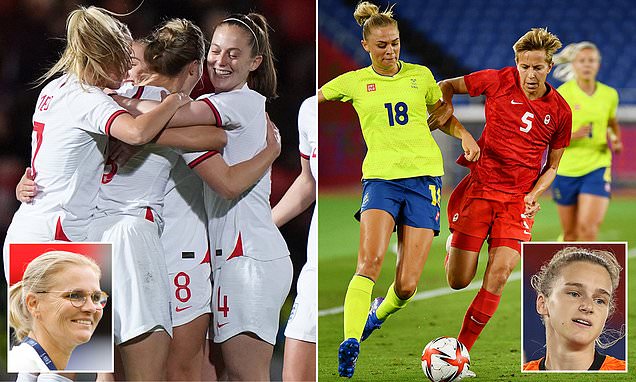 Sarina Wiegman’s major tournament debut for England, a match between the defending champions and the world No 2 side and a crucial clash in the ‘group of death’… the five must-not miss games at the Women’s Euros

The waiting is nearly over. After a year’s delay caused by the Covid-19 pandemic, the UEFA Women’s Euros are almost upon us.

Squads have been picked, players are well into their intense preparations and coaches are fine-tuning their plans for the tournament ahead of the July 7 kick-off at Old Trafford.

It is sure to be an exciting competition, one which is likely to continue the upward trajectory enjoyed by the women’s game in recent years.

A total of 24 matches will be held in the group stage, where the 16 teams will battle it out for the eight places in the quarter-finals. 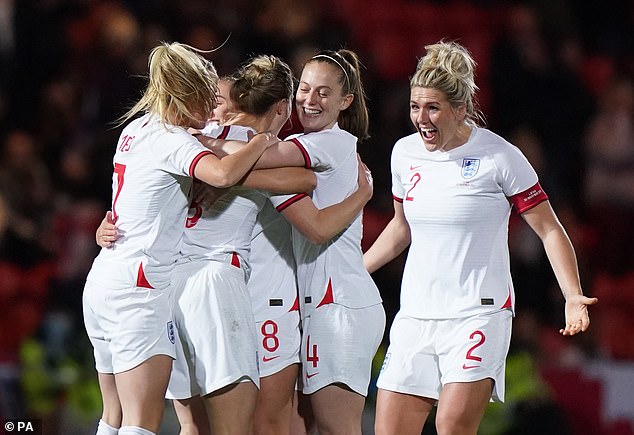 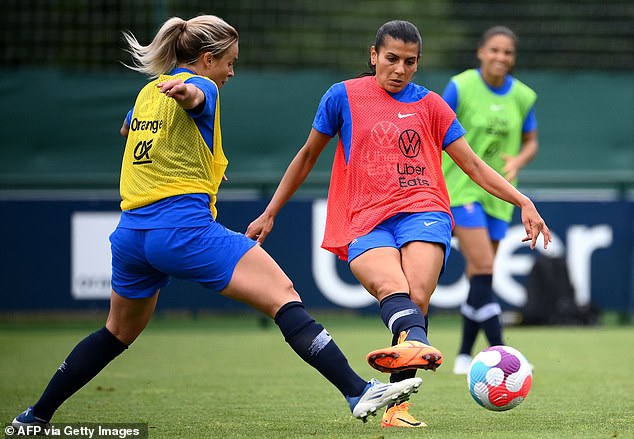 Unlike the men’s equivalent, there are no spots available for those lucky losers who finish third in their group. Only the very best will survive.

Here, Sportsmail takes a look at the five matches you simply cannot miss, as England prepares to be gripped by Euros fever for the second year in a row.

Not only is this clash at Old Trafford the curtain-raiser, which will no doubt set the tone for the rest of the month, but it will be Sarina Wiegman’s first match at a major tournament in charge of England.

England fans had long been excited about the arrival of Wiegman before she took charge in September and will be keen to see how her side cope with the pressure of being the host nation and second favourites to lift the trophy on July 31. 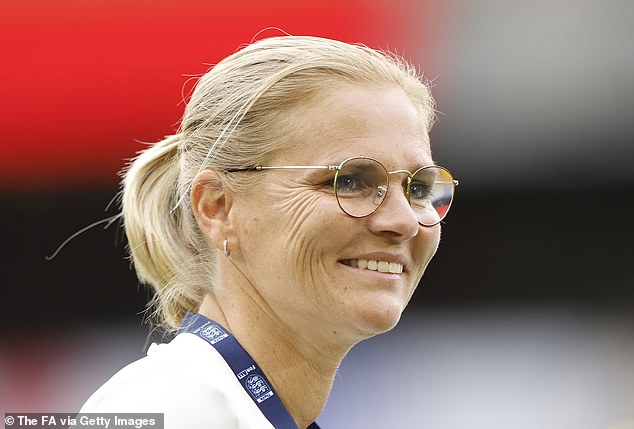 The Lionesses will be hoping to get their pursuit of a first European title off to the best possible start when they face Austria, ranked No 21 in the world.

The Austrians – who have Nicole Billa, the 2021 footballer of the year in Germany, leading their forward line – will arrive in Manchester eying an upset and wanting to deal an early blow to England’s campaign with what would be a shock victory.

England should have little problem in getting past their Austrian opponents but, as the cliche goes, anything can happen on the international stage and Wiegman’s side will need to be composed and clinical if they are to take all three points from the tournament opener.

The match at Bramall Lane is the standout fixture of all the 24 games in the group phase.

It pits defending champions Holland against the side which finished third at the 2019 World Cup and took the silver medal at the delayed Tokyo 2020 Olympics last year. 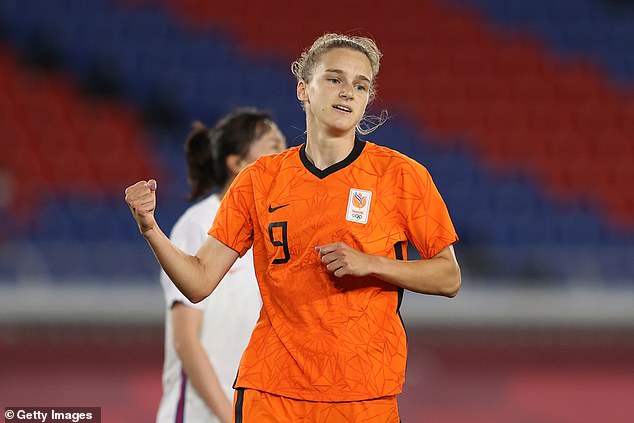 The encounter will also see two teams at contrasting stages of their development. Sweden are on the up-and-up and have moved into second place on FIFA’s world rankings.

Holland, meanwhile, are embarking on a new era under English coach Mark Parsons, the youngest to ever hold the top position in Dutch women’s football.

Having lost Wiegman to England, it is a very different Dutch side, although they still possess the likes of global star Vivianne Miedema in their ranks. 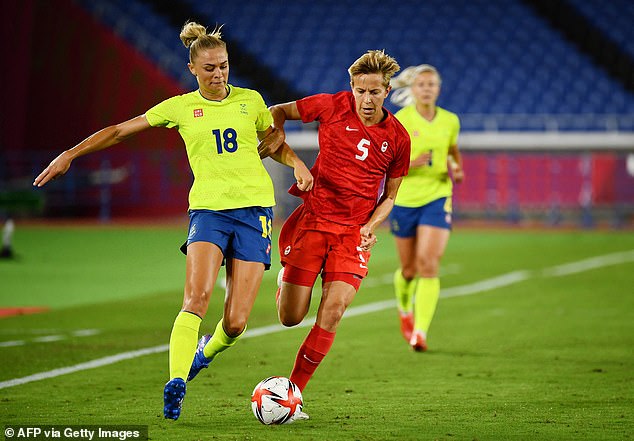 Sweden arrive at the event in England as the Olympic silver medallists and world No. 2 side

The fascinating match-up in Sheffield could go some way to deciding who wins the group, which also features Switzerland and Portugal.

France are one of the most exciting sides to have qualified for the Euros. With the experienced trio of Eugenie Le Sommer, Wendie Renard and Amandine Henry joining a host of promising youngsters, they could be the dark horses to win it.

The French will be seeking to end a dismal record at major tournaments when they make the short hop over the channel.

Despite being regularly tipped for victory, France have gone out in the quarter-final phase of every Euros since the group stage was introduced in 1997.  They have not made the last four of any event since the 2012 Olympics in London. 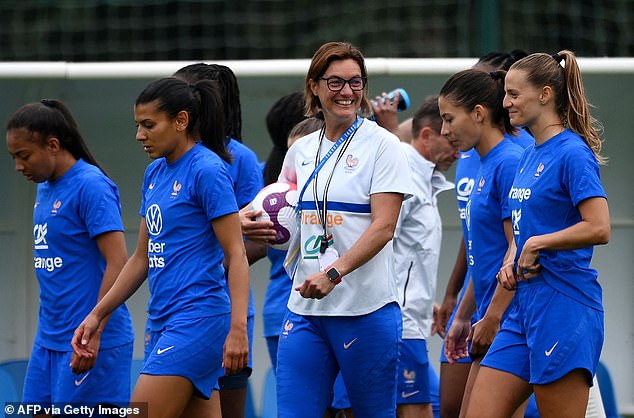 Italy, their first opponents in Group D, have not been much better. Like France, they have not failed to go beyond the last eight in 25 years, with their last outing in the latter stages coming when they were beaten in the 1997 final by Germany.

The two sides will meet each other in their first game of this year’s Euros, which is sure to be a fascinating contest.

Both teams are favourites to qualify from the group and will want to lay down an early marker with three points from their opener.

Group B has been given the title of ‘Group of Death’ – and it is easy to see why.

For Germany and Spain, this intriguing encounter could be make or break for their ambitions of progressing out of the group and into the business end of the tournament. 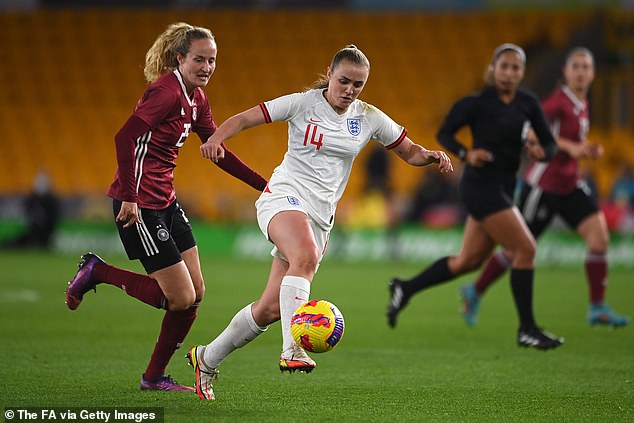 It features one side, Germany, who have been there and done it – but not for a while – and Spain, who have consistently threatened a breakthrough at a major tournament without ever achieving it.

Germany are enduring their longest period without a title since they won the first of their record eight European crowns in 1989.

The Germans were knocked out of the quarter-finals of the 2017 Euros and the World Cup two years later, and manager Martina Voss-Tecklenburg will be hoping her experience of winning this competition on four occasions rubs off on her players.

Spain boast UEFA Women’s Player of the Year Alexia Putellas but have never beaten Germany. A first win over the German side could see Spain take control of a tricky group, which also includes Finland and Denmark.

Few expected Northern Ireland to even make it this far but here they are. They had ranked 31st of the 48 qualifying entrants, and suffered two 6-0 losses to Norway – who are also in this group – before sealing a place at their first major tournament.

Kenny Shiels’ side will have done well to still be in the competition by the time of the eagerly-anticipated Home Nations clash but they will want to sign off their historic participation by causing what would be a huge upset.

England, who will have hoped to have already secured their spot in the quarter-finals, have won all three of their matches against Northern Ireland by an aggregate score of 15-0, highlighting the scale of the task facing Shiels’ team. 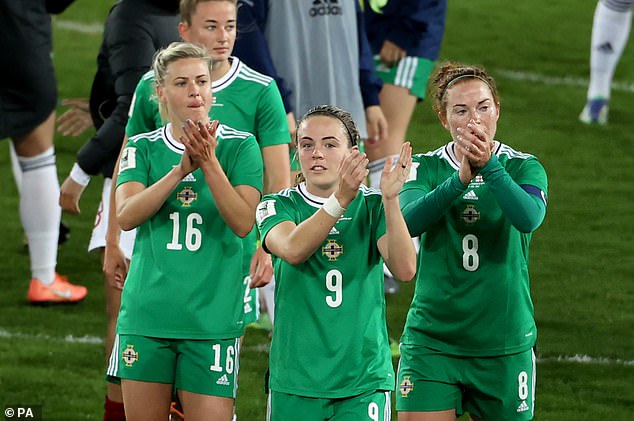 The gap between the two sides who will take to the field at St Mary’s Stadium in Southampton could hardly be greater.

While many of England’s players are established WSL and international stars, much of Northern Ireland’s team are at part-time clubs back home or English lower-tier sides.

For Northern Ireland, the result will be secondary – qualifying for these Euros was more than enough – but England could need the points if their opening two games do not go to plan. 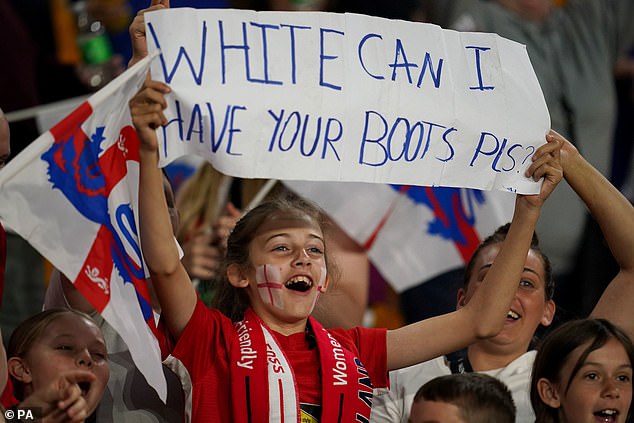 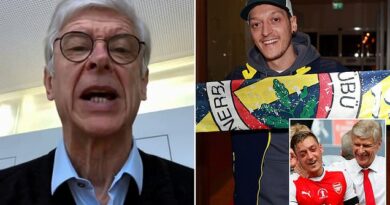 Wenger: 'Ozil's hunger must be absolutely enormous to play again'