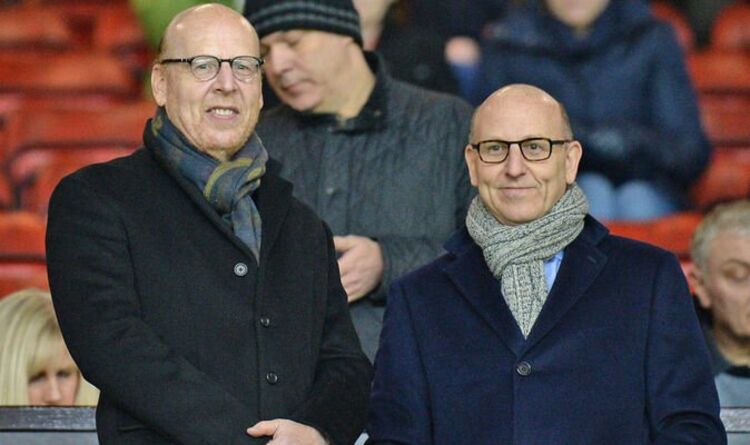 The Glazers haven’t got a lot right at Manchester United in recent years. What with overseeing a dismal era since Sir Alex Ferguson’s retirement, and their failed European Super League plot, their status among fans has never been lower. However, their decision to delegate responsibility when it comes to their next manager, amid interest in Erik ten Hag, is well overdue.

Manchester United’s malaise started when Ferguson stepped down in 2013, with the likes of David Moyes, Louis van Gaal, Jose Mourinho and Ole Gunnar Solskjaer all coming and going in the years since.

But while the Glazers should have done more, it’s still worth noting they’ve spent over £1billion over the past nine years.

United have splurged big on Paul Pogba, Angel Di Maria, Romelu Lukaku and Harry Maguire yet, more often than not, have failed to get enough bang for their buck.

And this summer will mark the beginning of yet another new era.

The Glazers remain in the spotlight, as ever. Fans want to see them busy, caring about the club again after years of neglect.

But the Manchester Evening News have claimed they’re not involved in the process of hiring a new manager because they know their footballing expertise leaves much to be desired.

And while supporters have every right to want to see brothers Joel and Avram busy with club business, the Americans have done the clever thing to delegate responsibility.

Their decision-making over the past decade has been poor, to say the least.

After all, appointing David Moyes as Ferguson’s replacement was never going to really work. While he’d done well at Everton, he wasn’t the inspirational, exciting choice to take the club onto the next level.

United should have known better when it came to giving Louis van Gaal the job in 2014, with the Dutchman’s managerial skills starting to wane – even if he did guide the club to FA Cup glory.

It was clear in 2016 that Jose Mourinho had changed from his time at Real Madrid, having fallen out with everybody at Chelsea prior to his dismissal.

But the Glazers, determined for United to win again, decided to bury their heads in the sand and hire Mourinho anyway.

Things initially worked out well, with the Red Devils winning the Europa League and Carabao Cup during his tenure.

Yet Mourinho was given a new contract in March 2018 when United, really, should have waited. It was the Glazers who signed off that new deal.

They, too, would have been wise to wait when it came to Solskjaer getting the manager’s job permanently 12 months later.

Though he’d done well as interim boss, winning 14 of his 19 games in charge, it was still too early to really gauge how United would fare under him long term.

The plan had initially been to wait until the end of the season to pursue Mauricio Pochettino, who was starting to show signs he’d be ready to leave Tottenham at the time.

Yet the Glazers, based on advice from Ed Woodward – another person with little footballing expertise – gave Solskjaer the job permanently instead.

This time around, however, things are different.

The Glazers aren’t involved in the process at all, with John Murtough and Darren Fletcher heading things up.

In fact, United chief Richard Arnold – who serves the Glazers – won’t even meet candidates until they’ve passed an interview with Murtough and Fletcher.

And that’s a good thing.

For too long, the club have allowed people with non-footballing brains to call the shots. Now, at least those in the power positions have the authority and CV for the role.

And all signs are presently pointing to Ten Hag becoming the next United manager.

The 52-year-old has done well during his five years in Amsterdam, winning two league titles with a third potentially following at the end of the season.

He impressed during his job interview, too, talking with the Red Devils about their budget and intentions for the future.

And Ten Hag is ahead of Mauricio Pochettino, Julen Lopetegui and Luis Enrique in the race to take over.

United know they need to get this appointment right. With the Glazers not involved, and realising their shortcomings, the foundations for that to happen are there at least.