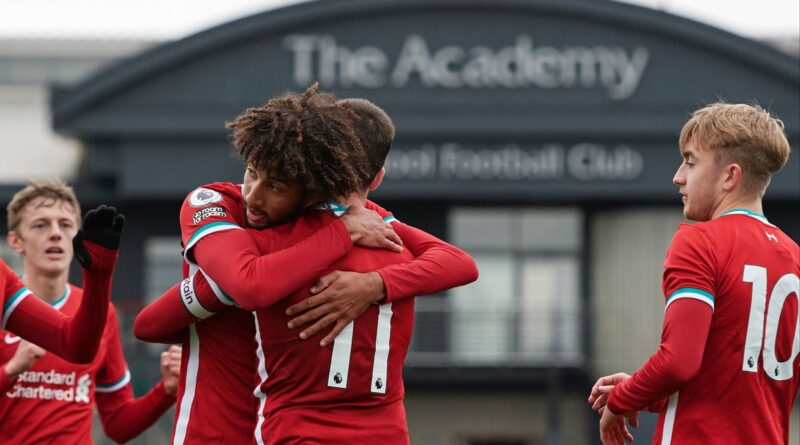 round some Premier League academies, meetings have already started about which young players will be kept on this summer, even though children under 16 are only just back training after a year of disrupted football. Many figures feel the situation makes this about much more than football decisions. It is about moral decisions.

The question in academy circles is how any club can ethically justify releasing a young player when there has been very little football on which to base a decision, and there is currently such uncertainty as regards what happens next. The issue is all the more pronounced given the widespread discussion around the mental health of young footballers after the tragic death of former Manchester City youth player Jeremy Wisten. The 17-year-old’s passing provoked deep debate about football’s duty of care to children in the game, especially those who are released.

“I don’t understand how a club could justify releasing a single kid at the moment unless there’s a real major concern,” argues Nick Levitt, head of coaching at the UK Coaching, a body that works with government on grassroots sport. “They haven’t been playing enough.”

One prominent figure who works in the area describes it as “a disgrace”, and one of the biggest potential problems in football.

“Players were released in the pandemic last year, and they’ve now missed the whole of this season,” the source says. “This year, they’ll be released without getting to train with their own club since October, let alone at other clubs, in a situation where you’re asking kids to develop in a pandemic and there is such a disruption to life. That can’t be right. Morally, I don’t know how that sits comfortably with anyone. How can it be the right decision? It’s a huge issue as regards the mental health of these kids.”

It cuts to the widespread concern over how young players are treated as “commodities”, to echo the word used by many who were spoken to for this piece.

“Welcome to academy football,” Junior Premier League chairman Martin Brock laments, “where the only thing that matters is developing the next big star.”

This is a recurring theme.

“When you’re playing at a high-level club, regardless of what people say, you’re an asset for the club,” Danny Searle, of Aldershot Town, argues. “I am not saying you are treated like one, necessarily, but the bottom line comes down to whether you are going to be of value to the club, for their own first team, or with a sell-on value. Those questions are always being asked because clubs are businesses, but underpinning all of it should be the welfare of the player.”

That is also what underpins this discussion. It is one surrounded by uncertainty.

As part of the piece, The Independent asked all 20 Premier Leagues what their policy towards players under 15 would be this summer.

Wolves confirmed they “are not planning to release any players under the age of 15 this season”. Sheffield United said “it is not our intention to release players at the end of this season due to the time missed due to the pandemic”.

At Tottenham Hotspur, any nine- to 15-year-olds who do not have their registration extended this summer will be given the opportunity to continue training for a further 17 weeks – longer than the lockdown – and another chance to earn a registration.

The majority of clubs who did reply pleaded discretion as these are decisions regarding children. “We would prefer to share this information with the players and their parents before we do so with the media,” one club figure said.

That context ensured many – from coaches to parents – would only speak for this piece on condition of anonymity. Some within the game did make a point of crediting specific clubs. It is known Liverpool did not release anyone under the age of 14. Chelsea were praised for their general approach to young players, while Manchester United were described as “impeccable”. The thoroughness of the pastoral care Tottenham and City was also outlined.

Some figures did privately argue that any decisions are “based on the whole body of time the players have been with us, which is often many years”.

“It is done for the best possible reasons and it would be much worse to just keep players for the sake of keeping them,” one says. 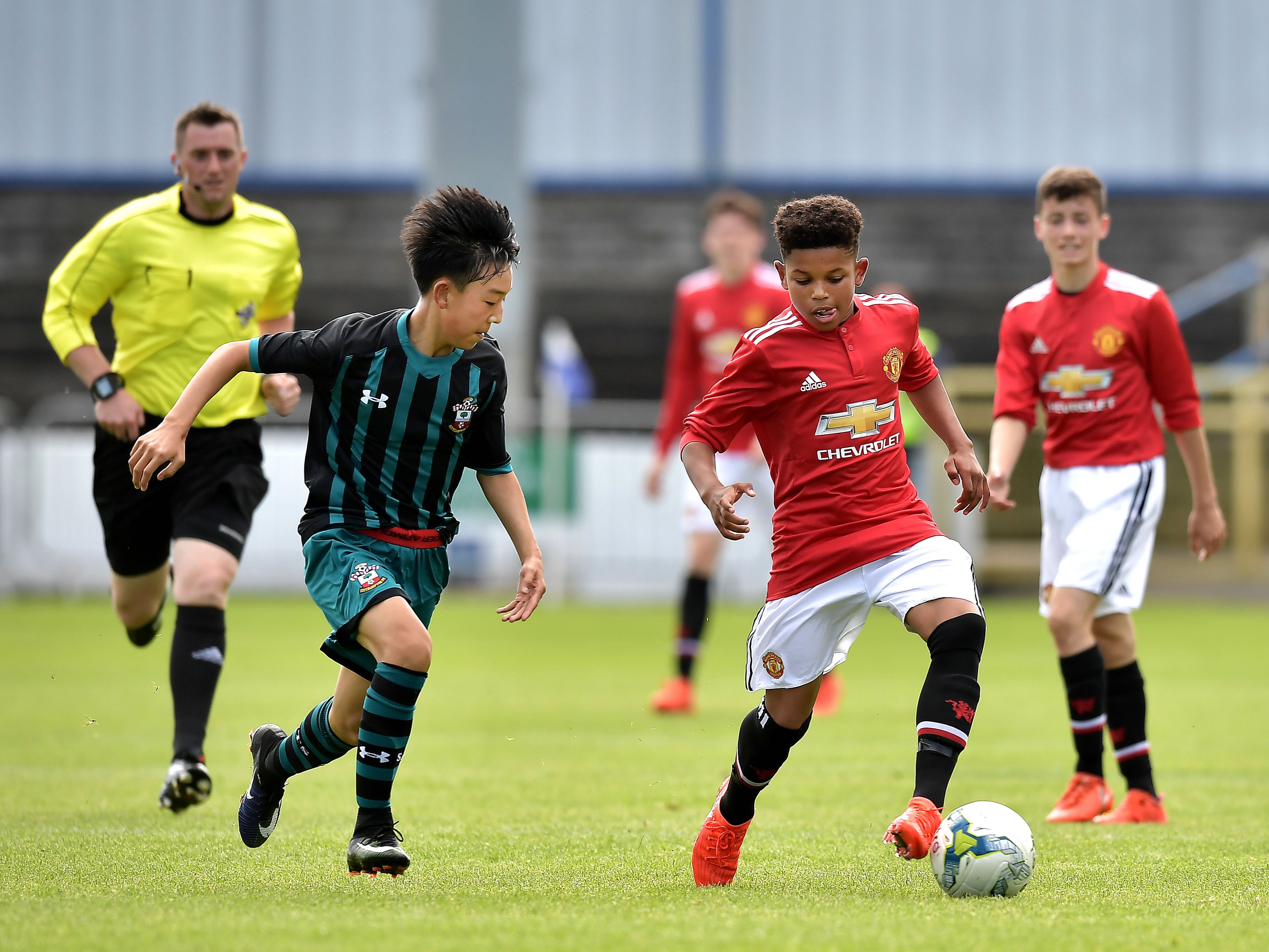 A number of club figures and coaches meanwhile say they are waiting for clarification on the way forward from the Premier League. The current rules only say academies have to have a conversation with parents, or at least put something in writing, that they are retaining or releasing a player – although a 12-week extension to contracts was operated last season. Some club figures have privately complained that the competition hasn’t really offered a collective plan or road map on anything like this, if it doesn’t relate to the main event being played. “Clubs have just been left to do their own thing.”

One source argues that the competition could solve this issue at a stroke.

“They can set regulations where you cannot release a player this year unless he wants to leave – that’s what it should be about if it’s really about the welfare of clubs.”

The caveat is added that clubs “shouldn’t hide behind the Premier League”.

“They can make their own decisions, and I have heard of a few that plan to release under-15s this summer.”

For their part, the Premier League are putting the same 12-week extension to clubs this season, and it is expected that will be formally agreed by shareholders in April. The argument is also that clubs have been offered constant guidance on this, and that it’s otherwise difficult to do much more than that when the situation remains so uncertain.

That still raises the question of what happens after a player is released.

Many clubs maintain they do a lot of work in this area, that has only been fortified over the last few years. Clubs offer parents the option of whether to receive decisions on their child by email, phone call or a face-to-face meeting.

Those such as Tottenham and City, as examples, will still offer meetings regardless – and part of the process is that there are regular consultations so the idea of a release won’t come out of the blue. There are still horror stories from elsewhere about kids ultimately being released by text.

“More work is needed to provide a safe landing for kids when their dreams are shattered,” Brock argues.

On that, Liverpool have an Alumni Project, that seeks to work with released players over potential next routes. Tottenham run a similar programme, while City offer support in finding new clubs, arranging trials and offering video highlights of a player.

Many are keen to improve amid renewed focus.

Searle points to a further complication of the situation. however.

“I think one of the things that will be noticed this season, with the amount of players that are out of contract, is that clubs are not taking as many players at the lower levels, so those second or third opportunities these players usually get might not come to fruition.

“It’s sad because there are lads there who will unfortunately probably end up dropping out of the system. They’re deflated, and mental health is such a big issue right now.”

The bottom line is that this is generally a situation where children feel huge pressure and expectation, as well as a lot of emotions regarding their self-worth.

The pandemic should mean it is one where most pressure and expectation is on the club. There are now moral decisions to go with football decisions.

Michael Owen’s brutal explanation for not socialising with David Beckham