The day after the harrowing night before and there was a sense of puzzlement around Liverpool’s squad, more so than anger.

You may have expected sparks to fly following the club’s heaviest defeat since 1963 but the 7-2 trampling by Aston Villa has left Jurgen Klopp and his group wondering how it happened — and where they go from here.

It would be risible to suggest the wheels are coming off for last season’s runaway champions but, equally, it would be nonsense to ignore some of the issues that have arisen in the opening four fixtures.

Sportsmail looks at what happened — and the way forward. 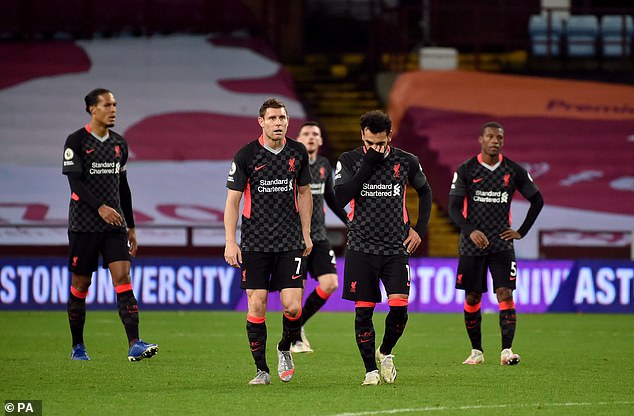 The way Liverpool defend under Klopp is loaded with risk and reward. They push so far forward that they basically play the game in the opposition’s half — the higher up the pitch you win the ball, the more opportunities you get to score goals.

This plan hasn’t deviated this season. Klopp is prepared for his team to concede a chance in a match and he was even relaxed last year when Liverpool went 13 games without keeping a clean sheet, the club’s worst sequence since 1947-48.

What left him dumbfounded was the way Villa kept streaming through. It’s easy to say Virgil van Dijk is operating below his usual standards (think of his careless opening-day mistake against Leeds) or Joe Gomez is going through a difficult spell, but there is more to it than just the defence. 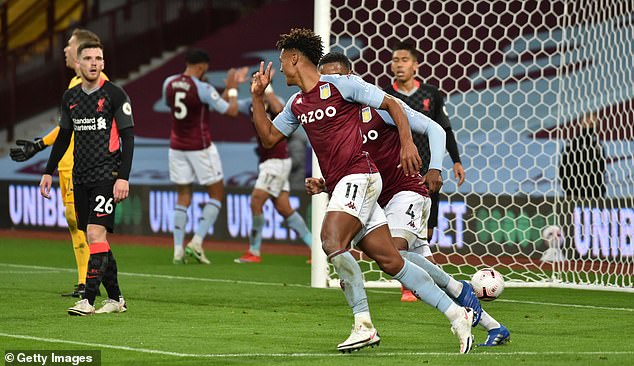 Liverpool’s display against Arsenal set the standard to which they aspire.

The desire to win the ball back was ferocious, with Sadio Mane leading the charge. Andrew Robertson, the doughty left back, was so enamoured with what he saw, he offered this view: ‘It was a fantastic pressing game from us.

‘When we lost it, every single one of us reacted in a positive way and we managed to put them under a lot of pressure which forced them into mistakes.

‘It was an all-round good performance without the ball.’

Villa, by contrast, was an all-round mess. For all the talk of high lines, your eyes were drawn to the fact that Liverpool were not haranguing those in claret and blue as if their lives depended on it. If Liverpool were functioning as normal, the supply to Ollie Watkins would have been cut off.

But some of the numbers to emerge backed up what you were seeing. Midfielder Naby Keita did not make a tackle or an interception. Remarkably, the Guinea international has yet to make a successful tackle in four appearances so far.

He hasn’t made an interception since the 4-3 win over Leeds.

That cannot be right for the £52 million signing, who was a club-record buy two years but has yet to hit the heights. If the engine room isn’t functioning, problems will crop up elsewhere. The midfield’s failure at Villa Park left the defence horribly exposed. 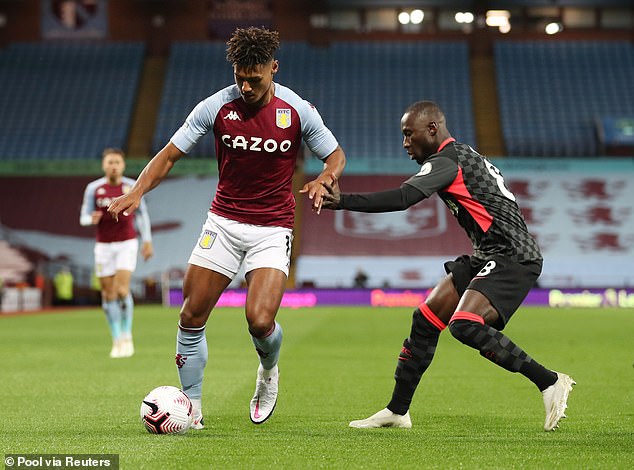 How important is Alisson Becker? It was a question this observer put to John Achterberg, Liverpool’s goalkeeper coach, at the end of last season. Achterberg is economical with his words and doesn’t dish out compliments liberally.

This was his reply: ‘If Ali misjudges a cross, he can still make a change in speed to get there.

‘That’s not something I’ve seen a lot in goalies. He has speed and power. If a ball goes over the top, he can accelerate even quicker. The main quality he has is that he stays as cold as ice. He doesn’t panic.’

Alisson is like a comfort blanket. He settled the Anfield crowd down, he gave the players belief they could fire passes back to him and he would deal with it. 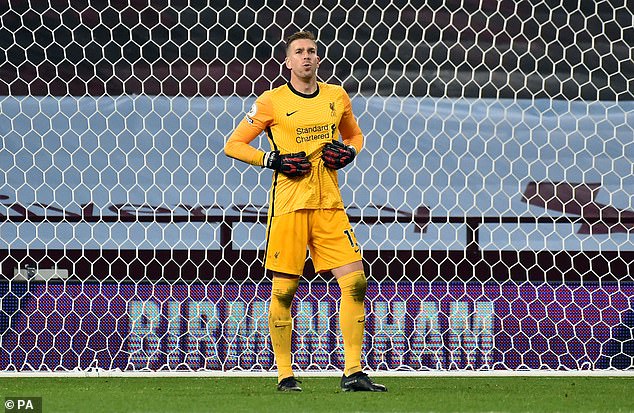 Without him, Liverpool would not have won the Premier League or Champions League.

When he is not there, the drop in quality is enormous. Adrian rode the crest of a wave initially last year when he arrived on a free, but as an understudy he is not in the same league as Simon Mignolet and the mistakes the Spaniard has made have become more frequent and more costly.

From the moment he picked out Jack Grealish in the fourth minute against Aston Villa, Liverpool began to shake and rattle like a string of worry beads in the wind. If this relationship between defence and goalkeeper short- circuits over the next month, there really will be problems.

A BLESSING IN DISGUISE?

This was not the way Liverpool wanted to make history this season, but perhaps the result came at just the right time.

If there has been complacency building in the squad, it will be rattled out of them. Many senior figures will not tolerate another episode of this nature. If that is the case, the sorry tale at Villa may yet produce some good.

Ablett, Vlastuin hurt in dramatic opening to AFL grand final
We and our partners use cookies on this site to improve our service, perform analytics, personalize advertising, measure advertising performance, and remember website preferences.Ok