German giants Borussia Dortmund have identified the next three English wonderkids they want to take to the Bundesliga.

Dortmund are also keeping tabs on Chelsea youngster Callum Hudson-Odoi, 17, and Manchester City whizkid Phil Foden with all three players on the radar.

It comes after the success of England prospect Jadon Sancho, 18, who has been a huge hit at Dortmund with the German club believing he has got the potential to be a £100m superstar.

Dortmund are firmly committed to raiding the English market and believe that after the success of Sancho that other youngsters will be ready to leave the Premier League and move to Germany.

Duncan, the cousin of Liverpool legend Steven Gerrard, moved to Anfield last summer after a compensation package was agreed with Manchester City.

England under-17s international Duncan, a boyhood Liverpool fan, is regarded as one of the most exciting teenager strikers in Europe.

Hudson-Odoi starred for Chelsea in pre-season and, despite Maurizio Sarri promising him first team chances, he has found it difficult to get game time.

That has also alerted Monaco with their new boss Thierry Henry keeping tabs on him with their sporting director Michael Emenalo familiar with Hudson-Odoi from his time at Chelsea.

Foden is one of City’s prize assets and Pep Guardiola insists he is going nowhere but Dortmund are still keen as they see his huge potential.

Chelsea transfer round-up as Liverpool compete with Blues for defender 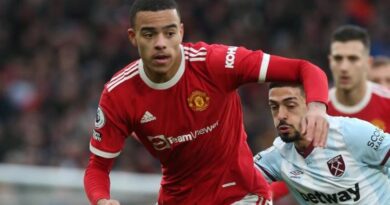