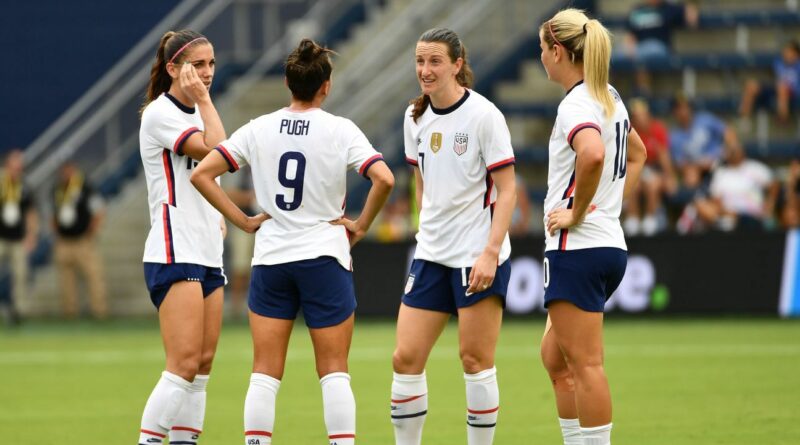 It’s January of a World Cup year, and the U.S. women’s national team is about to kick off the first of a series of friendly games that will take the Americans to the start of the quadrennial tournament.

Ahead of the 2019 and 2015 Women’s World Cups, it was trips to France for the U.S., both resulting with losses to Les Bleues, whereas in 2011 it was a flight to China, where that year started with a loss to Sweden. This time, however, the Americans are heading to the Southern Hemisphere for a doubleheader against New Zealand that will see them play in the two group-stage venues they’ll compete in at the World Cup this summer.

Indeed, the USWNT tends to break out of its normal routine of playing games domestically and go abroad to kick off a World Cup year — but there is one big difference for the U.S. now compared to previous cycles: possibly more than ever before, there are endless question marks around the U.S. team. The pair of games in New Zealand on Tuesday and Friday will offer two chances to find answers.

While there is always some degree of fan anxiety around the USWNT when a new tournament year rolls around, the pedigree of the squad remains tangibly high, as does the tacit understanding that the team will always be one of the strongest at the tournament. Despite the many questions during the era of previous coach Jill Ellis, the team still usually managed to deliver at the key moments and won back-to-back World Cups. However, during current coach Vlatko Andonovski’s tenure, such assurances have been absent.

When Ellis assembled the players to take to pre-World Cup friendlies in Europe in 2015 and 2019, it was with the view to test them, highlight the shortcomings of the team and fix them ahead of the long summers — but there was already a somewhat clear picture of who had done enough to earn their spot at the World Cup. This time, however, that particular clarity is missing, and players are vying for a slew of spots that appear to be up for grabs.

Can anyone replace Julie Ertz in midfield?

In the U.S. job for more than three years, Andonovski has almost exclusively trotted out a 4-3-3 formation that rarely failed with defensive midfielder Julie Ertz playing at the base of the midfield diamond — yet without a fit Ertz to call upon, things have often fallen apart.

In her place, the coach has opted for Lindsey Horan or Andi Sullivan, and neither has commanded the role as Ertz did. Indeed there is arguably no one person in the U.S. player pool who can fulfill that role anymore — not even Ertz herself, who has been on leave since having her first child in August.

While it’s likely that Horan will be on the plane this summer, the role she plays for the U.S. is still open for interpretation as the midfielder is one you’d ideally want higher up the pitch, creating rather than nullifying — or attempting to nullify — the opposition.

With just four caps to her name, Sam Coffey could stamp her authority on the defensive midfielder role this camp as she is far more suited to the bullish defensive role in midfield than Sullivan. Returning from injury, Emily Sonnett, who has typically played as a right-back or center-back for the U.S., could arguably throw her own hat into the ring as she has the aptitude as well as versatile experience for the role.

This is all assuming that Andonovski continues with his favored 4-3-3, with the caveat that during the USWNT’s second game against Germany at the end of last year, the coach tweaked his system to allow more attacking flow forward and take the pressure off his exposed defense.

Should the coach persist with this approach, fans can expect to see more pressure on both his attack and defense as the team continues to be more rushed in its play, rather than allowing the vast talents of the players available to shine.

Veterans or newbies in the back?

With Sofia Huerta having made the right-back role her own as veteran Kelley O’Hara dealt with injuries last year, left-back remains an area of uncertainty for Andonovski.

Crystal Dunn, Emily Fox and Hailie Mace are all capable of playing the role, even though Fox is the only one of the trio who plays the role for her club team, Racing Louisville. While all three are also capable of getting forward and aiding the attack, they all have different abilities when it comes to the defensive duties that would be tested during the latter stages of a World Cup. In this respect, facing a youthful New Zealand team ranked 24th in the world — who will likely be fielding a lot of inexperience in attack — might not be the best test of the USWNT’s defensive strengths.

Although both center-backs Alana Cook and Becky Sauerbrunn are near certainties to make the squad that travels to the World Cup, with the hit-and-miss performances from both late last year, there is a question of who will start in the heart of defence. Naomi Girma, who will enter her second season as a professional this year for the San Diego Wave, looks like she has nailed down one of the two starting center-back spots.

Further back, Casey Murphy could make a case for herself to be the starting goalkeeper for the team with the coach shuffling between her and regular starter Alyssa Naeher over the past year or so. Similarly, if she is given the nod, Adrianna Franch could force herself back into consideration, having been the coach’s choice during the 2021 Olympics when Naeher was forced off injured in their penultimate game in Japan — but she has clearly fallen out of favor since then.

As players return from injury, attack gets crowded

For the sheer depth of talent available to Andonovski, or any coach who has ever led the U.S. national team, there is no area where the Americans are more spoiled than in attack.

Out injured since March 2022, Lynn Williams is making a welcome return to the team and has proved herself to be a favorite of her coach, with her selfless off-the-ball work and incisive runs a notable highlight of the Andonovski years. But Williams finds herself coming into a team in which Mallory Swanson (née Pugh), Trinity Rodman and Sophia Smith (not included in this roster due to a foot injury) have become regular contributors.

With both Smith and veteran Megan Rapinoe absent, Williams has the best chance of demonstrating her worth and consideration to her coach. But following such a lengthy layoff, it could be her work on the training pitch during camp that will prove to be more important.

The wider question isn’t whether Andonovski takes Williams or Smith to the World Cup but rather which players constitute his best attacking unit, and who can benefit more from the creativity coming out of a midfield that could feature any mixture of Rose Lavelle, Horan, Ashley Sanchez, Taylor Kornieck, Kristie Mewis, Sullivan and Coffey.

Indeed, there are very few players who seem to have firmly locked themselves into Andonovski’s plans for this summer, and with a potential return for Catarina Macario, who continues to work back to fitness following an ACL injury, roster spots are at a premium and strong national team performances leading up to the World Cup could be the difference for many called up.

In cycles past, the final World Cup rosters often had an air of inevitability to them, even as coaches tinkered and tested players all the way up until the tournament, but Andonovski has some genuine questions with no clear-cut answers — and only six months to sort them until the World Cup begins. 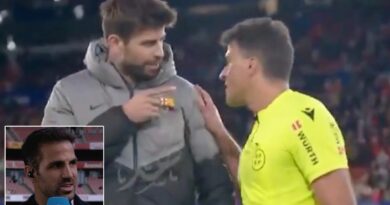