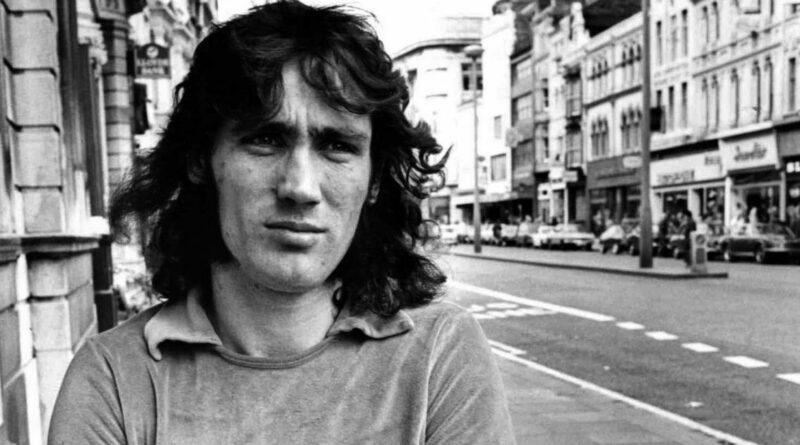 With a biography titled ‘The Greatest Footballer You Never Saw’, the name Robin Friday isn’t one that would be widely familiar to many beyond those fortunate enough to see him for the four years he played as professional between 1974 and 1978 for Reading and Cardiff.

For those lucky few, Friday’s skills and talents drew many plaudits. A tall, pacy, skillful striker whose 53 goals in 135 matches saw him finish top scorer in back to back seasons for the Royals, helping them to Fourth Division promotion in 1976.

Friday unfortunately played in an era before wall-to-wall television coverage so little footage exists of his playing days but the player was well known for his spectacular strikes.

Referee Clive Thomas once said of a 35-yard thunderbolt against Tranmere in 1976, "even up against the likes of Pele and Cruyff, that rates as the best goal I have ever seen".

Friday responded by telling the referee to come down more often because “I do that every week”.

Having been named Reading’s ‘Player of the millennium’ at the turn of the century, Friday’s talent was such that he even drew comparisons with George Best from some quarters.

However, the similarities weren’t simply due to what Friday produced on the pitch, but also his off-field antics.

In fact, Best’s behaviour might have been considered tame up against a lot of what Friday got up to.

According to his biography, Friday was already into drink and drugs by his teens and was even sent to a young offenders institute by the age of 16.

Despite this, his football talent still shone through, leading to his eventual move to Reading at the age of 21.

Such was his impact, the club were willing to turn a blind eye to his crazy lifestyle.

With his excessive drinking and wild behavior, pub and club bans were not uncommon, including being barred from Reading’s upmarket Sindlesham Mill club for exposing himself during his x-rated “elephant” dance.

Drugs were also a common theme in Friday’s life, with LSD and marajuana also rumoured to be part of his regular consumption.

One of the wilder stories involves Friday reportedly wandering into a hotel bar with a swan he’d picked up from a nearby lake, and continuing to drink with his new companion tucked under his arm.

The player’s private life was no less controversial, marrying his mixed race girlfriend at 17 years old at a time when such relationships weren’t exactly commonplace or tolerated showed early on he wasn’t one to care about the opinions of others.

Friday’s eye for the ladies meant this wasn’t to be ‘happy ever after’ and was married a second time in 1976 in what was reportedly a wild event.

Local TV were in attendance to see Friday wearing an open-necked tiger-skin-pattern shirt, brown velvet suit and snakeskin boots, while rolling a joint on the church steps. The two hundred or so guests were said to be drinking, fighting and taking drugs and even stole some of the couple’s wedding gifts.

Of course, on the pitch he was just as conspicuous. On one occasion while celebrating a goal against Rochdale, Friday planted a kiss on a pitchside policeman stating afterwards "The policeman looked so cold and fed up standing there, so I decided to cheer him up a bit"

Friday was set to sign for Cardiff in 1976 but before even putting pen to paper, was arrested at Cardiff Central train station for travelling without the correct ticket.

After eventually joining the Welsh side, Friday went on to score twice in a match-winning debut against Fulham featuring England World Cup winning captain Bobby Moore in their line up.

As his lifestyle was taking its toll, highlights at Ninian Park were few and far between but typically still on the extraordinary side.

One of the defining images of his career came during a game against Luton where he is photographed giving opposition keeper Milija Aleksic a V-sign after scoring following a clash between the two earlier in the game.

Following a sending off against Brighton for kicking Mark Lawrenson in the face, Friday then went into the Seagulls dressing room to defecate into the future BBC pundit’s wash bag.

Friday would retire at just 25 and continued to live a hedonistic life before tragically dying at just 38 in 1990 of a suspected drug overdose.

His incredible life can be summed up in a response to Reading manager Maurice Evans after being told to ‘settle down’.

"I'm half your age and I've lived twice your life".

Mikel Arteta 'tells Sokratis he doesn't have a future at Arsenal' 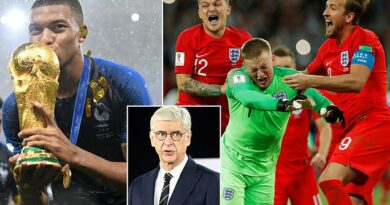 The World Cup should be held every two years, says Arsene Wenger